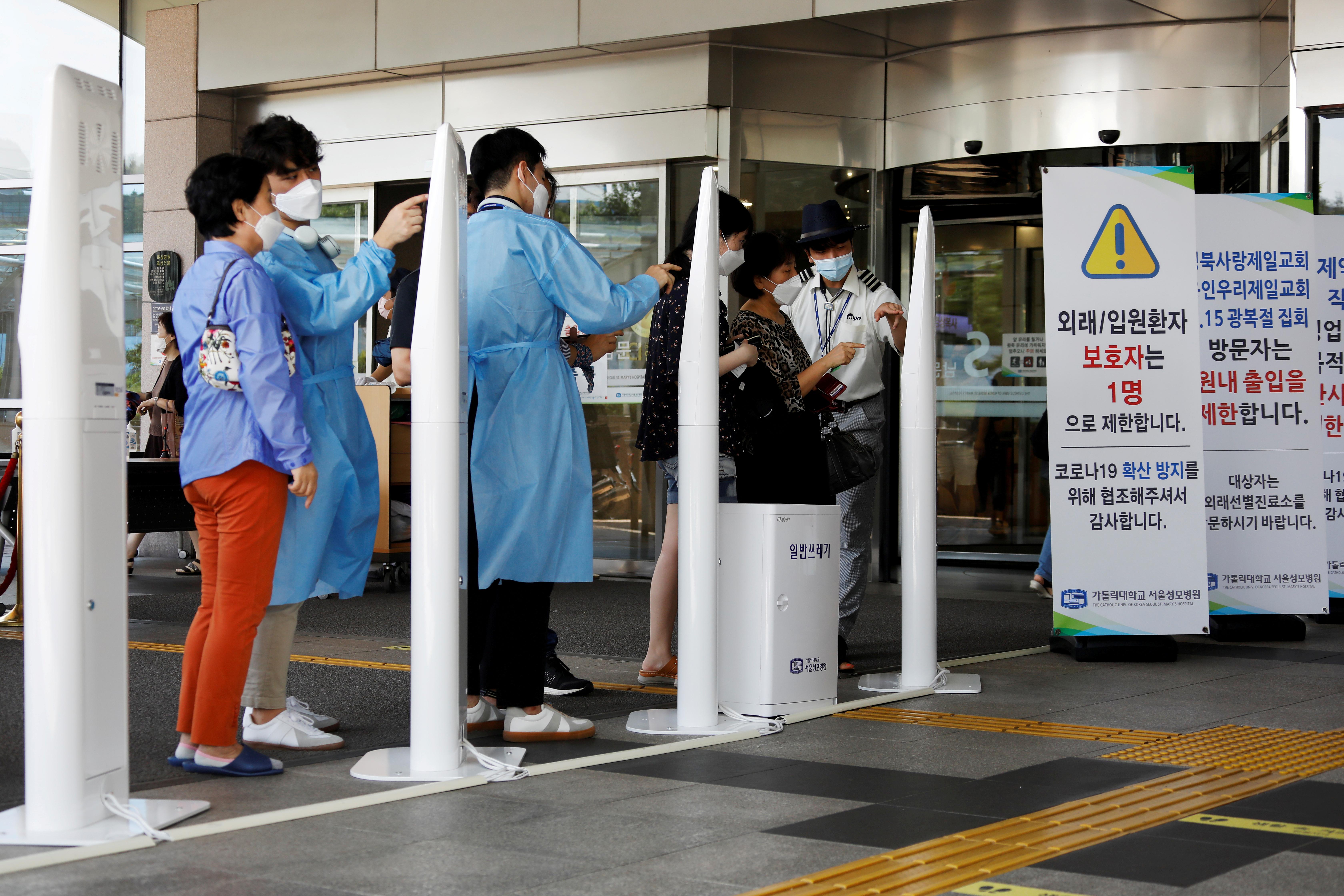 The total infections rose to 21,010, with 333 deaths, according to the data published by the Korea Centers for Disease Control and Prevention on Saturday.

Friday’s new cases were the lowest since a major outbreak emerged from a Christian church whose members attended a large political rally on Aug. 15.

The daily tallies have been hovering below 200 over the past three days after peaking at 441 late last week, a sign that tougher social distancing curbs implemented last Sunday have begun taking effect.

The measures included an unprecedented step of curbing the operation of eateries in the Seoul metropolitan area, where the current spread is concentrated, banning onsite dining after 9 p.m. and limiting coffee and bakery franchises to takeout and delivery all day.

But the government on Friday extended the rules until Sept. 13, saying more time is needed to induce sharper drops in new infections.

“The numbers are indeed on a downward trend but it’s too early for us to be at ease,” Health Minister Park Neung-hoo told a meeting on Saturday.

The efforts to dampen the ongoing outbreak has been complicated by a strike of some 16,000 interns and resident doctors who oppose the government’s plans to reform the medical sector to better handle future epidemics.

The country’s top medical body agreed on Friday with the government to end the walkout, only to face an immediate backlash from the trainee doctors who rejected the deal and vowed to continue the strike.