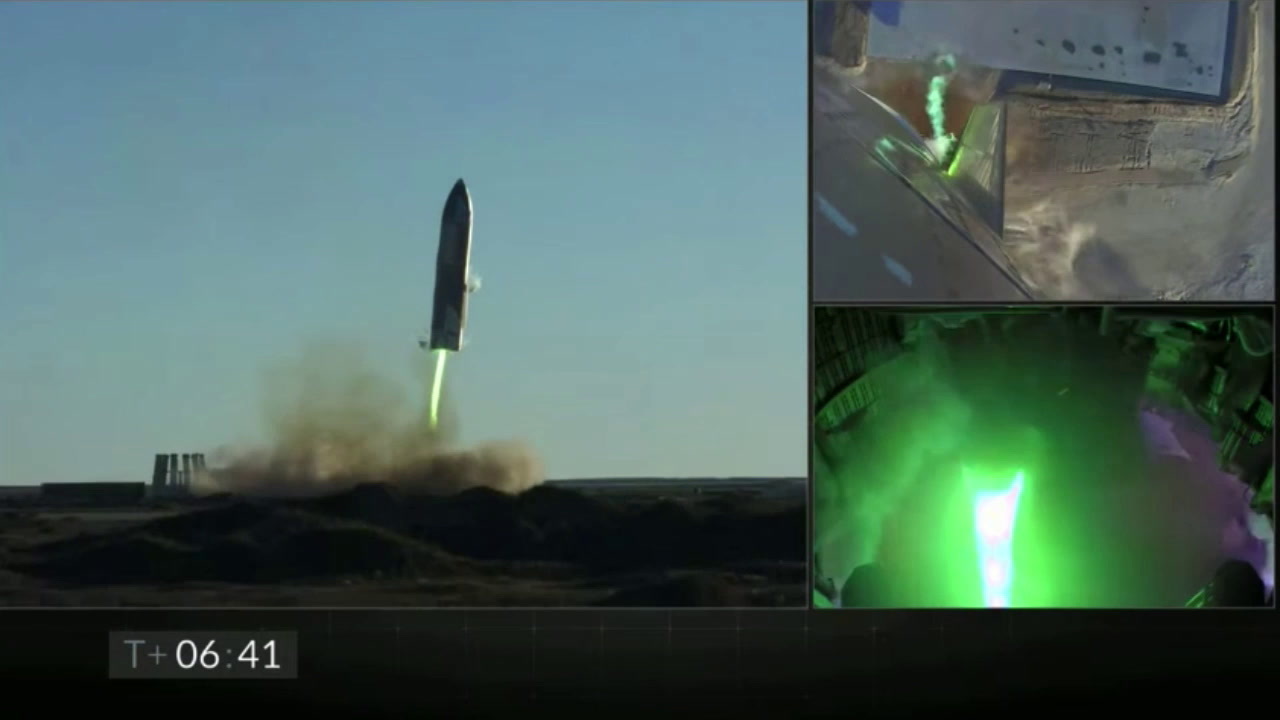 SpaceX's Starship prototype explodes on landing attempt after a test launch at the Texas site.

This evening, Elon Musk's rocket prototype was scheduled for launch and the moment it exploded into a fireball was caught on a live YouTube stream of the event.

It caught fire during a return-landing attempt on Wednesday, minutes after an apparently uneventful test liftoff from the company's launch facility in Boco Chica, Texas.

The Starship rocket destroyed was a 16-story-tall prototype for a heavy-lift launch vehicle.

It is being developed by the private space company, founded by Elon Musk, with the aim to carry humans and 100 tons of cargo on future missions to the moon and Mars.

The company livestreamed the event on their YouTube channel.

The first major flight test of the Starship spacecraft reached a height of 12.5km before the crash.

Prior to the event, CEO Elon Musk predicted there was only a one in three change of the launch and landing succeeding.

Despite the fireball explosion, the test marks a major milestone towards sending humans to Mars.

It appeared close to landing successfully and was also able to fulfil several other key objectives during the first ever flight test of its kind.

The Starship SN8 prototype failed a similar attempt of the 12.5jm sub-orbital flight on Tuesday, with just 1.3 seconds to go until liftoff. The test was called off just before during a live stream.

The next prototype, SN9, is already built and expected to attempt a similar flight test in the near future from the same Texas facility.

Mr Musk said he hoped to send the first humans to Marks aboard a Starship craft in 2024, while speaking at an event in Germany last week.

The test launch took place at around 4.45pm local time (at around 10.45pm GMT), and was severely delayed.

It managed to launch with only 15 minutes until the launch window closing.

After approximately two minutes following lift-off, the base of the Starship appeared to catch alight, but the flames soon went out.

After it reached its target altitude, the SN8 prototype attempted to perform a complicated flip landing manoeuvre, where it belly flops to Earth.

But, the craft appeared to lose control, believed to be due to it not being at the intended angle for landing.

It righted itself and almost managed to land successfully, but it touched down and crumpled into a fireball.