Spain hopes foreign tourism can rebound to half its pre-pandemic levels this year, the Government said on Monday, as a wave of German holidaymakers hit Mallorca’s white-sand beaches after Berlin eased restrictions on returnees. International tourism to Spain plunged 80 percent to 19 million visitors last year – the lowest since 1969 – as coronavirus travel restrictions took their toll on the world’s second most visited country. But many Spaniards are frustrated that foreign tourists can fly to the islands when most people in mainland Spain remain stuck at home due to a travel ban.

“Many Spaniards were resigned to an easter at home after the rules brought in that there would be a closure of all the regions in Spain.

“But the news that they would see French and German tourists in particular still coming into places like Madrid and the Balearic Islands has caused a lot of indignation.

“Particularly because we’re in a Madrid local election campaign. 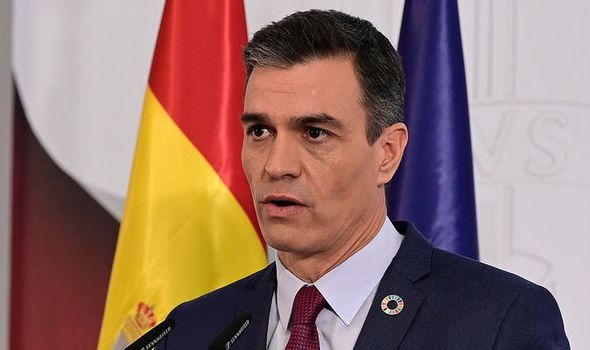 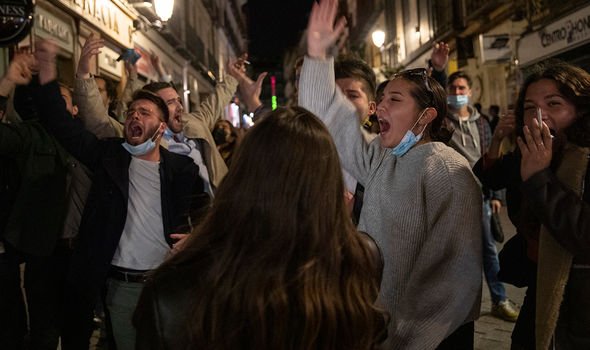 “Some of the politicians on the campaign trail have started talking about drunken French people being encouraged by the Conservative regional leader to come to visit.

“The head of the tourist association that is particularly powerful has talked about this being a kafkaesque state of affairs.

“He said it was a surreal Kafkaesque that somebody who lives about an hour from Madrid wouldn’t be able to come to the Spanish capital but a German could go to Mallorca.”

Estimates from the Funcas think-tank show the tourism sector’s contribution to Spain’s economy slumped to between 4 percent and 5 percent last year from around 12 percent in 2019, jeopardising many businesses in regions such as the Balearic Islands.

“I am happy because we live off tourism and we have to open up, but on the other hand I am worried,” said Palma de Mallorca resident Maria, who did not give her last name.

The 41-year-old banker said she was concerned that visitors were not heeding restrictions, as a group of maskless German youths cavorted past her on the beach, seemingly filming a promotional video. 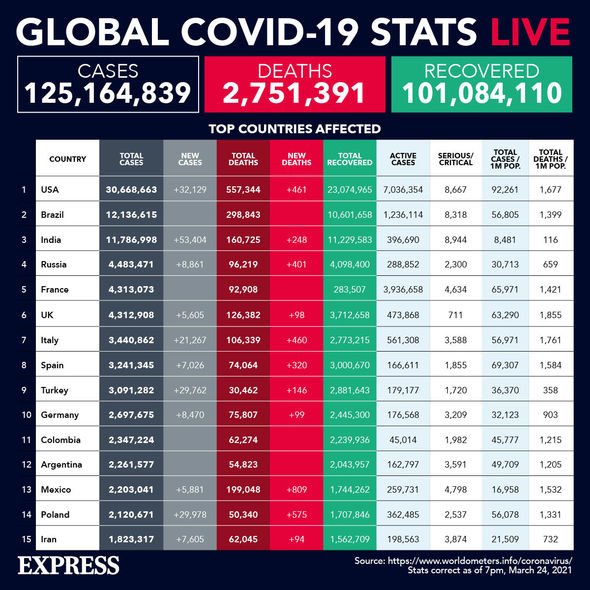 “When I saw so many people without masks…it scared me a little bit.”

On the other side of the island at TUI’s Robinson Club hotel, General Manager Tina Grunold said the company aimed to guarantee a great holiday while ensuring guests complied with strict safety regulations.

“We are extremely happy to be allowed to welcome approximately 220 guests today. Over Easter, we expect a 75 percent occupancy rate.”

In Germany, national and regional leaders meeting on Monday evening to decide the next round of measures to tackle the coronavirus pandemic are mulling requiring quarantine for all returning travellers. This would mean the jump in tourism to Mallorca was short-lived.