Civil Guard officers found 60 people camping on an out-of-bounds beach in what authorities described as a “get-together on the beach to spread COVID-19” with the aim of developing immunity. The gathering was quickly shut down and the youngsters were ordered to take down their tents. But officials warned the party was a very serious threat’ after Spain suffered more than 25,000 new cases in the last week.

The alleged party took place on Los Patos beach in Tenerife on the Canary Islands, which hs been lobbying for an exemption from the UK’s tightening quarantine rules.

“The Civil Guard has intercepted a get-together on the beach to spread COVID-19 in an area where access is currently prohibited.’

La Orotava’s Security Councillor Narciso Perez said police had discovered the party was being planned on social media, with the gathering “designed to help the spread of Covid-19”. 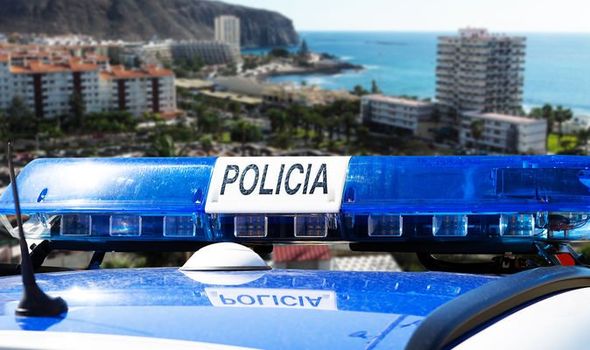 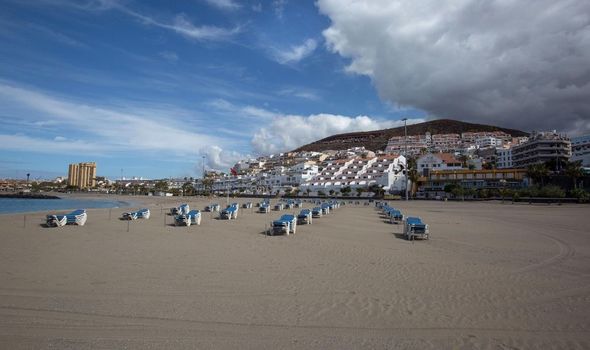 He told local press: “Over the past few days, Civil Guard officers have discovered a kind of get-together which was being planned on social media to carry out a mass camping trip to Los Patos beach designed to help the spread of COVID-19.

“This is a threat which has been taken very seriously.

“The Civil Guard has carried out a thorough investigation to identify those people who organised this and they have been questioned.”

The break-up of the planned party came after Spain suffered its worst spike in coronavirus cases in recent weeks, forcing several countries, including Britain and Germany, to impose new and tightened travel restrictions. 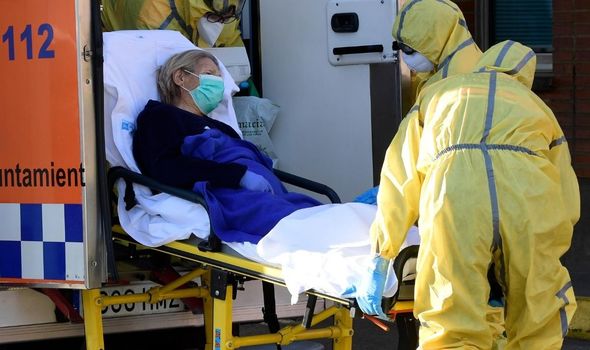 The tourist hotspot has reported nearly 26,000 new infections over the past seven days, with the total now standing at just over 361,000.

In Catalonia, there have been more than 5,000 new cases over the past week.

The nearby region of Aragon became the country’s new coronavirus hotspot with the highest infection rate per 100,000 people. 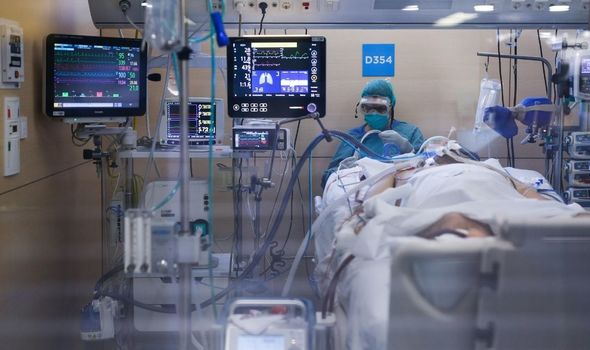 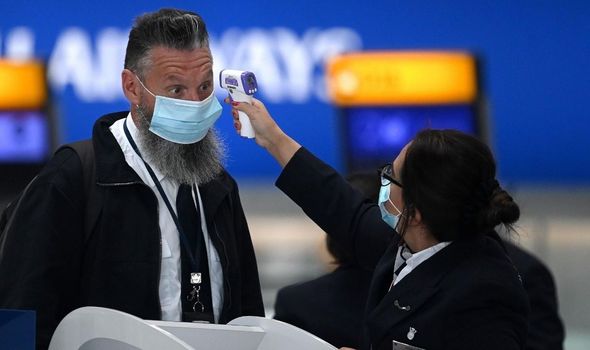 But despite the huge spike in new cases, only 46 people suffering from COVID-19 had been admitted to intensive care in the week up to last Friday.

This compared to more than 20,000 people who had actually tested positive for coronavirus.

The daily death toll has largely remained in single figures, with 16 fatalities in the week to last Thursday. The over all total now stands at more than 28,000. 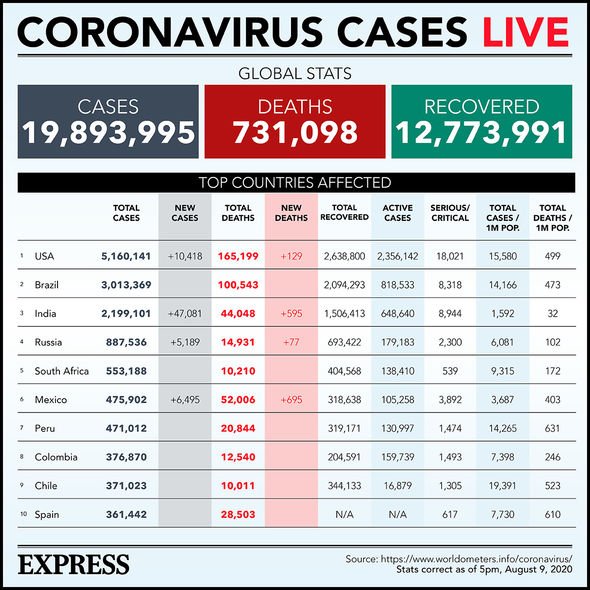 The spike in Spanish cases follows a worrying trend throughout Europe, and there are now fears France, Germany of the Netherlands could be put back on the UK’s quarantined list following a jump in new cases in those countries.

The popular summer season has been blamed on the rising cases in Germany and Italy, while France has tightened rules on face coverings in cities such as Paris and the Mediterranean resort of St Tropez.

But Europe in general has not yet seen a huge jump in deaths or people being admitted to hospital with coronavirus.