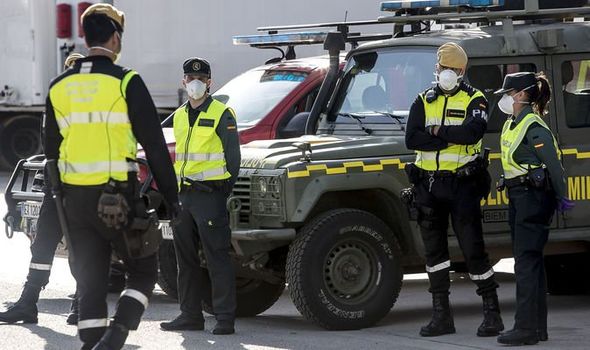 He branded them “irresponsible” today as he pledged they would be hunted down and forced back into quarantine. Local reports have pointed to the possibility they could face up to a year in jail if caught, charged and convicted of a public health offence.

Sr Gonzalez, the Spanish National Police’s number two, said: “There are still a lot of people who are being irresponsible.

“I’m referring to the case of several patients who have been admitted to different hospitals and are abandoning them without being discharged by any medical staff.

“As you can imagine this is causing us a great deal of work in terms of tracking them down.”

He revealed the police work to track them down included discovering which taxis they had left the hospital in where they were not at the home address they had given hospital staff when they were admitted. 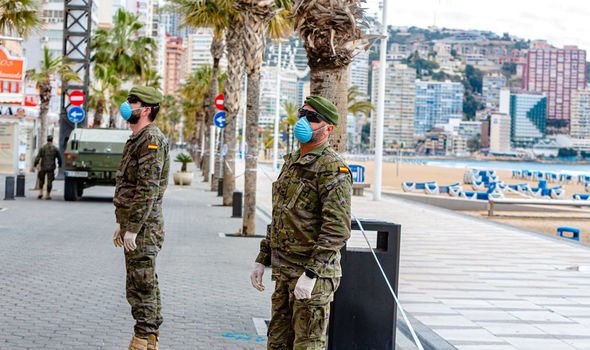 Police sources said most of the cases were occurring in Madrid, which is accounting for around six of every ten coronavirus deaths in Spain, but a hospital in Benidorm has also been identified as one of the areas where coronavirus patients have left without permission.

Earlier today the number of coronavirus deaths in Spain leapt by a record 514 in the last 24 hours to take the total since the start of the crisis to 2,694.

The jump in the death tally will lead to fears Spain could surpass Italy’s record of 793 dead in a day, the highest recorded increase anywhere in the world so far during the coronavirus crisis. 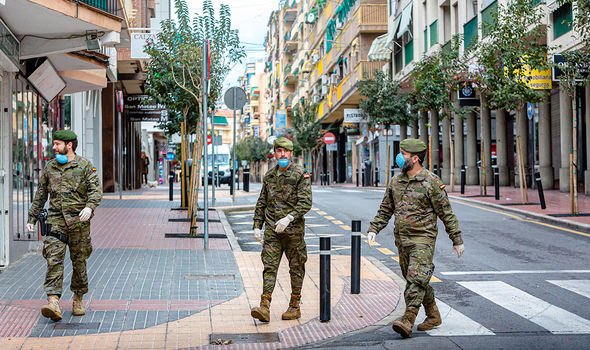 Spain’s national single-day record before the release of new figures today was the figure released by the country’s Ministry of Health yesterday/on Monday – 462.

An ice rink in Madrid, the area accounting for around six out of every ten deaths, is now operating as a temporary morgue because of the saturation facing the Spanish capital’s funeral parlours.

A field hospital built at the city’s exhibition centre IFEMA is taking in around 200 patients a day.

Spanish politicians have been admitting since the weekend that the “worst days” were yet to come.