MADRID (Reuters) – Spain registered another 430 coronavirus deaths on Tuesday and cancelled its famous San Fermin bull-running festival, but officials maintained the pandemic was slowing in one of the world’s worst-hit nations. 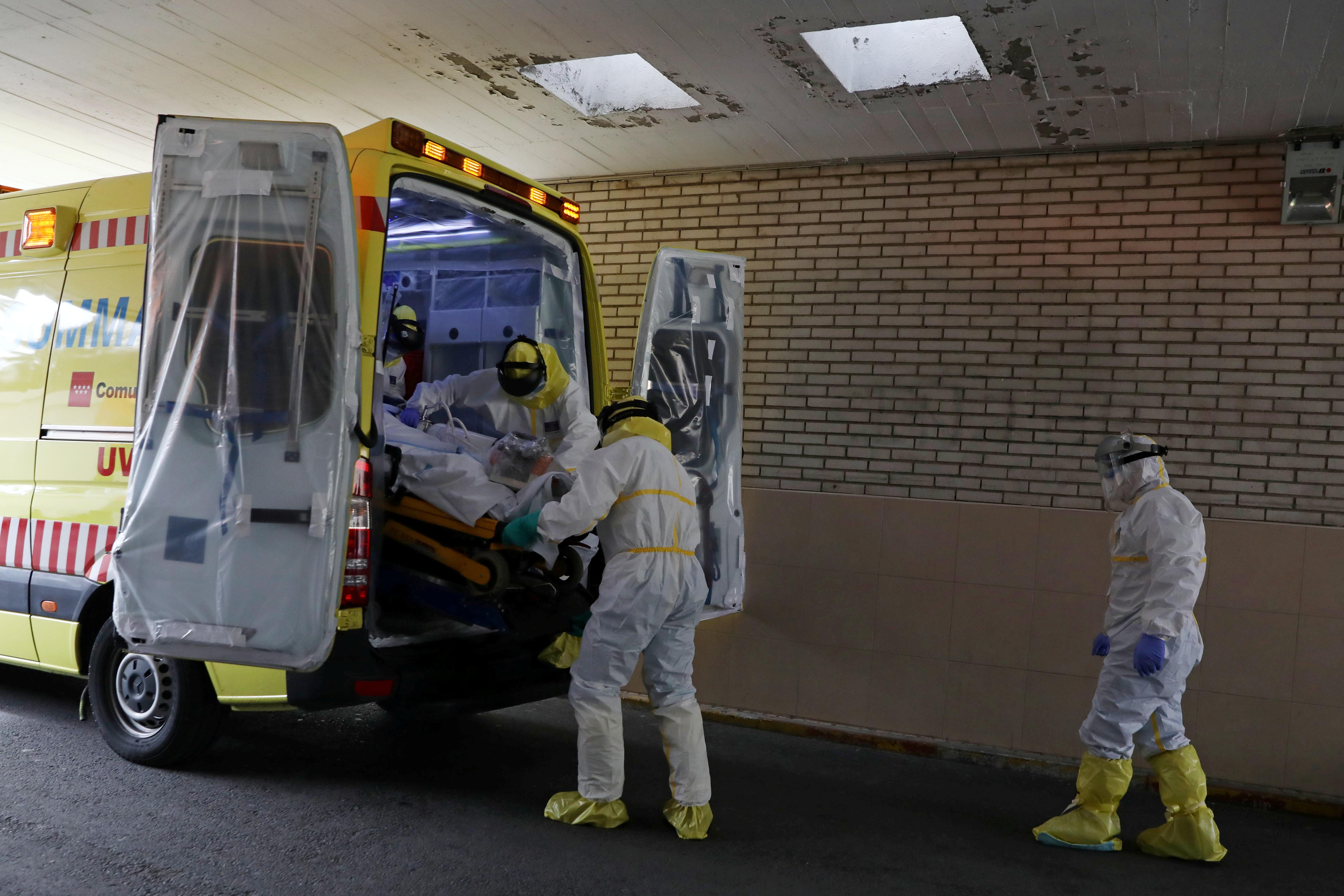 The latest 24-hour tallies took fatalities to 21,282 and infections to 204,178 – but they represented just a 2% increase, fuelling optimism the crisis may be waning at last.

Monday’s 399 deaths was the lowest number since March 22.

Despite last week’s easing of restrictions to allow some workers to return, Spain still remains under the strictest lockdown in Europe, which has caused economic paralysis.

Authorities in the northern city of Pamplona regretfully called off the annual San Fermin bull-running festival, which draws thousands of tourists and was made famous in Ernest Hemingway’s novel “The Sun Also Rises”.

It was the first time the week-long party had been suspended in its entirety since 1978 during Spain’s turbulent transition to democracy after the dictatorship of Francisco Franco.

“As expected as it was, it still leaves us deeply sad,” said acting mayor Ana Elizalde.

In the latest gloomy economic forecast, Spain’s BBVA bank’s research unit said it expected the economy to contract 8% in 2020 before recovering 5.7% next year, under the assumption that Spain’s lockdown will end in late May.

“Counter-measures” to alleviate the economic crisis will be needed for years, it said.

On a positive note, Equality Minister Irene Montero rejoined other ministers in a video-link cabinet meeting on Tuesday after testing negative for the virus 40 days since she was first diagnosed.

Her participation in March 8 Women’s Day rallies, alongside other government members who later contracted the disease, had caused widespread criticism in Spain.

Prime Minister Pedro Sanchez has said he will seek parliamentary approval to extend the lockdown by two weeks to May 9, but will continue easing some restrictions.

The government is considering allowing limited outings for children and for people to practice non-contact sports like jogging or cycling, but children would be unable to play freely with their neighbours again for some time.

There had been growing calls for children to be allowed out, including from Colombian pop singer Shakira who lives in Barcelona with footballer Gerard Pique and their two children.