MADRID (Reuters) – Spain’s official coronavirus death toll edged higher again on Wednesday, but questions persisted over the veracity of numbers and the main business lobby warned the economy may slump up to 9% this year. 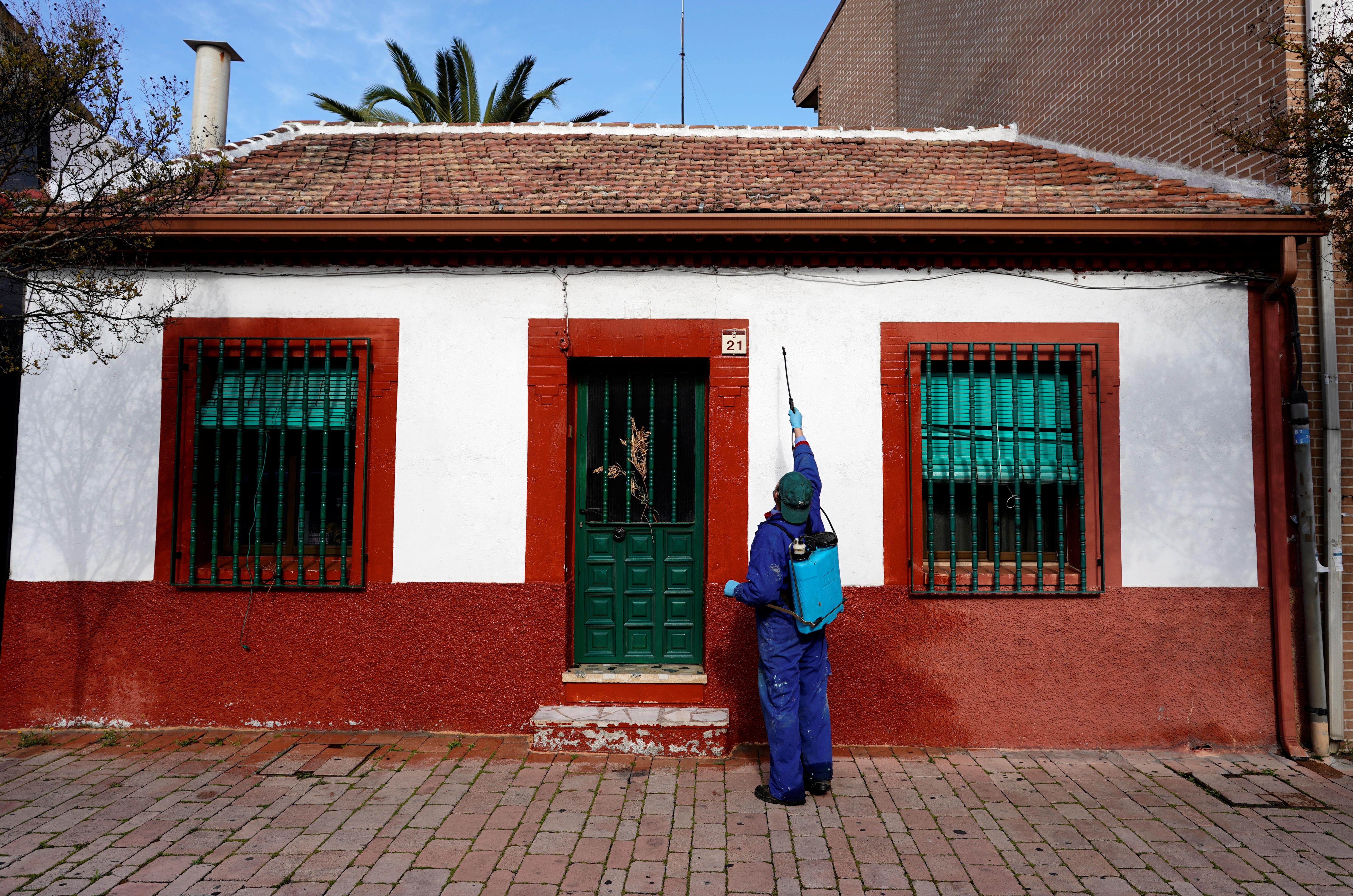 The health ministry said 757 people died over the past 24 hours, up from 743 the previous day, marking the second daily rise in a row and bringing the total death toll to 14,555 – the world’s second-highest after Italy.

However, Health Minister Salvador Illa said the numbers were still consistent with a slowdown. The daily percentage pace of increases has roughly halved from the end of March to about 5%.

“There are no good numbers when it comes to deaths … (but) we are now in the slowdown phase,” he said.

There is increasing suspicion, however, that the official toll is under-estimating a more traumatic reality.

In Madrid, the difference between the number of burials reported in the last two weeks of March and the death toll from the virus was substantially higher than the number who died over the same period in 2018. That suggested some casualties of the epidemic were not reflected.

Madrid’s Regional High Court said it signed more than 9,000 burial certificates in the last two weeks of March, while only 4,311 deaths were recorded across the whole month in 2018. The official death toll from coronavirus in Madrid region is 5,586.

The elderly population has been hit particularly hard, with 4,750 fatalities recorded in the past month among Madrid’s population of around 50,000 nursing home residents, according to Ignacio Aguado, deputy regional leader. Some 3,749 of them had coronavirus-like symptoms but were not tested, he added, meaning they would not be in the official tally.

Health Emergency Chief Fernando Simon said infections had peaked and should herald an end to the lockdown. But he added: “We will all have to be much more careful of our actions in this second phase to stop the epidemic resurging.”

BURY ONE, ANOTHER WAITING

At the Sur de Madrid cemetery, Reuters TV footage showed local priest Eduard Batubenga giving a short funeral prayer next to a hearse carrying the body of an elderly woman who died at a nursing home from the COVID-19 disease.

Shortly after, a 37-year-old victim was also buried.

“While you are doing one, the other is waiting in line,” Batubenga said, explaining that daily funerals had shot up to around 40 from 10-15 “on a bad day” before the epidemic.

In a report, the CEOE business association expected the economy to shrink between 5% and 9% this year, sending up to 800,000 people into unemployment, depending on when the restrictions are going to be lifted.

It called on the government to declare a tax moratorium for companies to prevent further damage and allow speedy recovery, saying that under its most optimistic forecast the economy would rebound 5.2% next year. 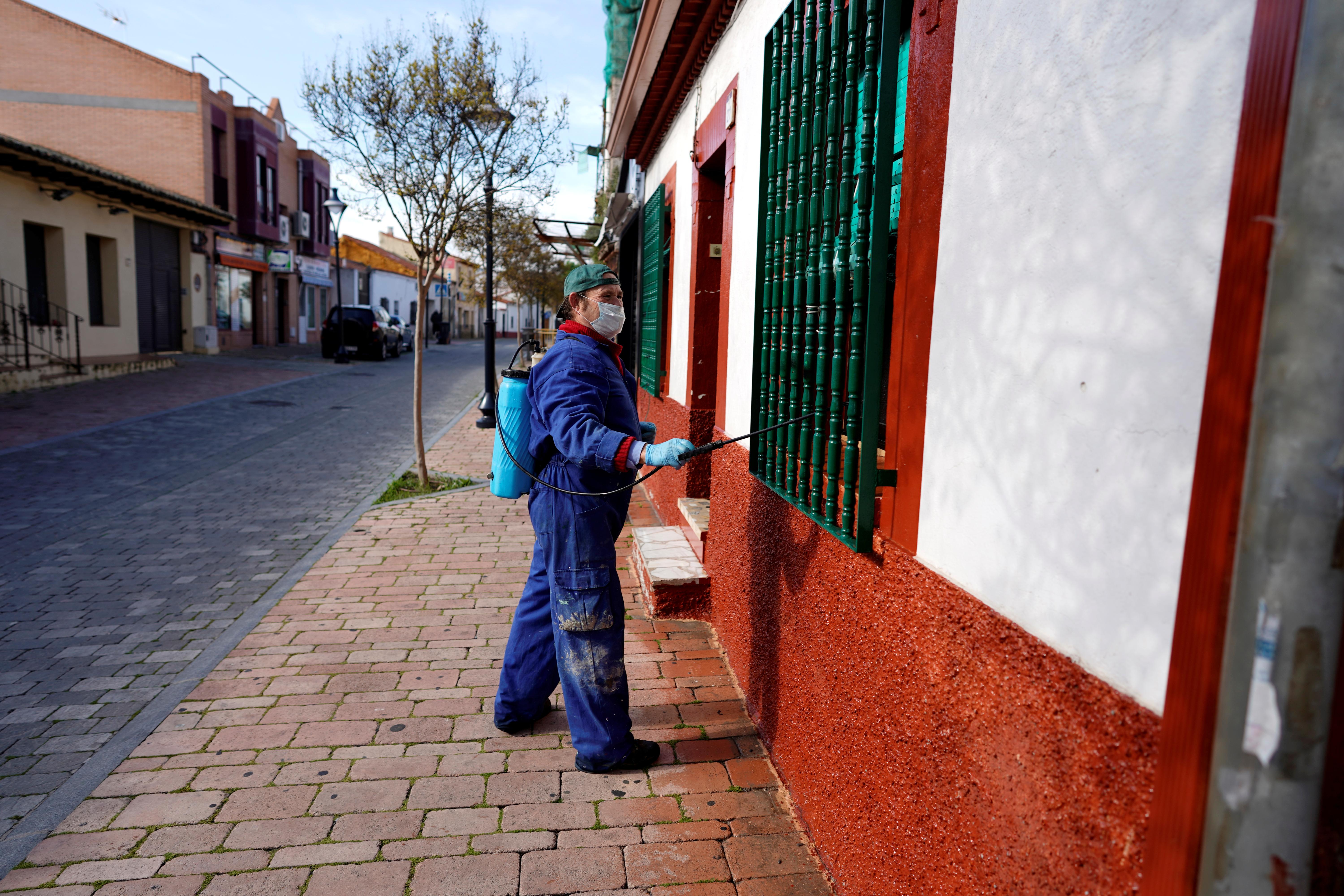 In a sign of the economic standstill, oil logistics company CLH, which manages pipelines and has more storage capacity than any other company in Spain, said it moved 82.6% less gasoline last week than the same days in 2019.

After the European Union failed to agree on more support for their reeling economies, Spanish officials warned the bloc’s future was in jeopardy if it cannot come up with a joint financial response to combat the new coronavirus

Spain, along with other southern European countries, has called for joint debt issuance, an idea opposed by the fiscally-frugal north, led by Germany and the Netherlands.