Lieutenant General Andrei Sychevoi may have been detained as Ukraine continues its fightback against Russia, according to local media sources in Ukraine. He is thought to be the most senior Russian officer to be captured since World War 2.

The kneeling man, who bears a striking resemblance to Lieutenant General Andrei Sychevoi, is wearing a standard-issue Russian army camouflage uniform and Lieutenant Colonel rank, without other markers.

He is bleeding from a cut on his eyebrow and refuses to answer questions from the troops. 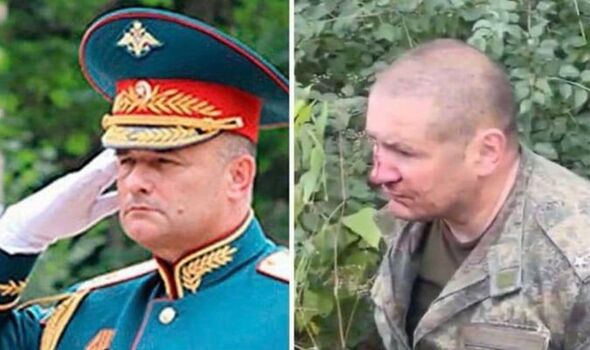 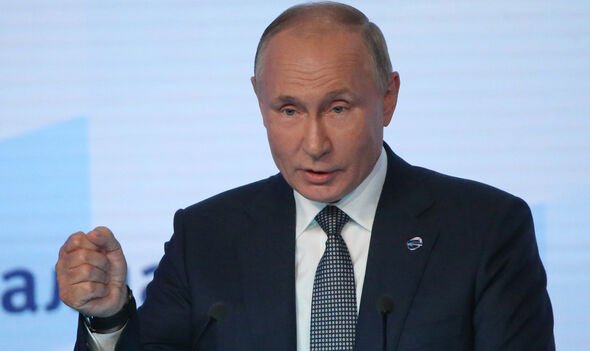 One social media claimed they were captured near Balakliya, in the Kharkiv region.

His capture has not been confirmed. 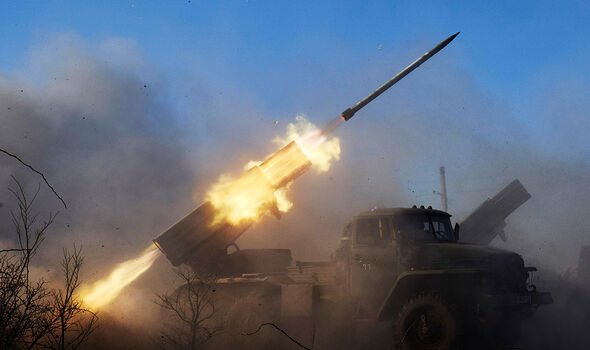 “He was assumed to be a local commander – he was, in fact, Lieutenant General Andrei Sychevoi, General in command RU’s ‘West’ Group.

“Sychevoi is the most senior Russian officer captured since WWII.”

Nexta TV tweeted: “It seems that the Armed Forces of Ukraine captured not the usual ‘lieutenant colonel’, but the commander of the ‘West’ grouping, Colonel General Andrey Sychevoi.” 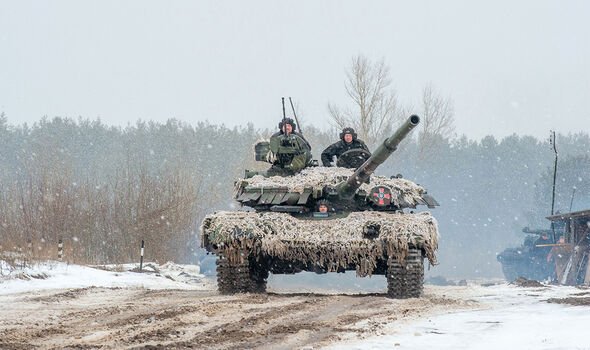 The Lviv Journal tweeted: “Time will tell if it’s Gen. Andrei Sychevoi that appears in the video.”

Since Russia’s illegal invasion of Ukraine back in February, Putin has seen a number of high-profile figures abandon him.

He has also lost 63 top-ranking Russian officials since the war in Ukraine began – including three of his colonels in a single day.

Meanwhile, the Russian strongman has also been delivered a blow on the frontlines.

Swiftly advancing Ukrainian troops were down on the main railway supplying Russian forces in the east on Friday, after the collapse of a section of Russia’s front line caused the most dramatic shift in the war’s momentum since its early weeks.

In a video address, President Volodymyr Zelensky said Ukrainian troops had “liberated dozens of settlements” and reclaimed more than 385 square miles of territory in the east and south in the past week.

President Zelensky posted a video in which Ukrainian soldiers said they had captured the eastern town of Balakliia, which lies along a stretch of front south of Kharkiv, Ukraine’s second largest city.

The Ukrainian military said it had advanced nearly 50 km through that front after an assault, which appeared to take the Russians by surprise.

That would make it by far the fastest advance by either side in the war since Russia was forced to abandon its disastrous assault on the capital Kyiv in March.

Moscow has so far offered no official response to the reports of the breakthrough on the Kharkiv front.

Since Russia’s forces were defeated near Kyiv in March, Moscow has waged a relentless war of attrition, using its firepower advantage to press slow advances by bombarding towns and villages.

But that tactic depends on tonnes of ammunition a day reaching the front line by train from western Russia. Until now, Russia had successfully fended off all attempts by Ukraine to cut off the train line.

In a statement, they said: “Thanks to skilful and coordinated actions, the Armed Forces of Ukraine, with the support of the local population, advanced almost 50 km in three days.”

Ukraine has been using new Western-supplied artillery and rockets there to hit Russian rear positions, with the aim of trapping thousands of Putin’s troops on the west bank of the wide Dnipro River and cutting them off from supplies.