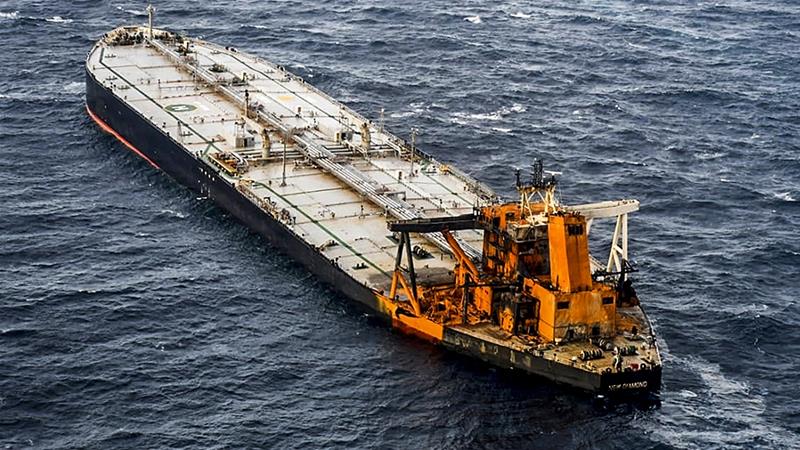 The tanker, which is carrying the about two million barrels of oil, caught fire on September 3 and is currently 45 nautical miles (83 km), off Sri Lanka’s east coast.

The fire has been extinguished but the New Diamond has left two long trails of fuel oil after the Navy towed it out to sea.

Authorities seek to avoid damage to the coastline like that suffered by Mauritius after the Japanese bulk carrier MV Wakashio struck a coral reef off the Indian Ocean island on July 25 and began spilling oil on August 6.

“Salvage operations are continuing. The engine room has been desmoked. They have identified the bunker oil tank that is leaking. The next step is to empty it and then to repair the leak,” de Silva said.

He said the cargo of crude oil remains intact. The stricken vessel has raised fears of an environmental disaster.

Sri Lanka’s Marine Environment Protection Authority (MEPA) has said it plans to take action against the ship’s owner under the country’s laws to protect the marine ecosystem.

The fire, which originated in the engine room of the Greek-owned New Diamond tanker, was believed to have been extinguished on Sunday but reignited a day later.

The large crude carrier was chartered by Indian Oil Corporation to import oil to Paradip in eastern India from Kuwait.