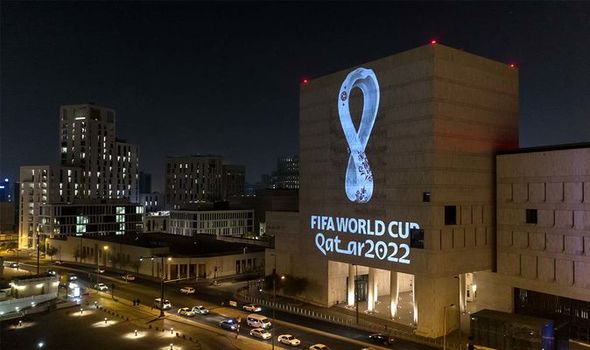 Qatar has made “tremendous progress” in reforming workers’ rights ahead of the World Cup and should be praised, not criticised, for its efforts, watchdogs say. Radical changes to employment laws have been raced through in half the anticipated time thanks to the World Cup spotlight, with the scale and timeframe of the reform described as “unprecedented”.

While the regime has attracted much criticism the “trailblazing” state should “be praised and supported for its efforts”, said one visiting observer, adding: “If it is attacked for being transparent and trying to do the right thing there is a danger others will not follow its example.”

The slogan of the Qatar 2022 Fifa World Cup is “DELIVER AMAZING”. And there is much to be amazed by.

Extraordinary stadiums built for the competition, pristine streets, air coolers on the footpaths and a growing forest of spectacular skyscrapers in the capital Doha.

But all these status symbols are not the greatest legacy for the first Middle Eastern nation to host one of the world’s two biggest sporting events.

The most astonishing achievement is a transformation in employment rights in a few short years which has taken it from a Medieval society with a labour system akin to serfdom to making huge strides towards western democratic values.

There is no better symbol of the determination by the Arab state’s leadership under its Emir Tamim bin Hamad Al Thani to reform than the appointment of his new Minister of Labour Ali bin Smaikh Al Marri.

Al Marri was appointed a fortnight ago from his role of head of the National Human Rights Council (NHRC) where he was the leading campaigner demanding reform.

“They said you have been talking about it so much you better come and actually do it,” he told the Sunday Express and a UK delegation led by the independent sports thinktank Fifa Ethics and Regulation Watch (FERW).

“Let me be frank with you. We have made big changes but there is still a lot more to do.

“When I was appointed the [head] of Qatari chamber of commerce said I was his worst nightmare, but I told him I wanted to work with him but there will be many more reforms.”

The decision by Fifa to award Qatar the 2022 World Cup in 2010 was hugely controversial and brought the Gulf state under intense international scrutiny.

The allegation was that the extraordinary stadiums, skyscrapers and infrastructure was coming at a terrible human cost through the kafala labour system used in most Arab states which prevented workers from leaving the country without permission of their employees or being allowed to swap jobs.

This is a major issue in a country which has a population of 300,000 but a migrant workforce of more than 2 million made up mostly of men from countries like India, Bangladesh, Pakistan and Nepal.

There have been recent allegations in parts of the British media – fiercely denied in Qatar – that 6,500 workers have died in the last decade from work related causes.

Gary Linekar said he would not travel to Qatar to present the World Cup coverage on the BBC while competition ambassador David Beckham has been criticised.

But Qatar believes it has a far more positive story to tell.

After a few years of difficult negotiations the United Nations (UN)’s International Labour Organisation (ILO) was allowed to open an office in Doha in 2018 and help the country begin a rapid process of reform.

As a result last year, according to both the Qatari government and the ILO, well over 200,000 workers were able to change jobs for better pay or conditions.

Rigorous safety standards have been enforced and the government has started blacklisting companies which break the rules.

In addition, a minimum wage of around £230 a month on top of free accommodation, healthcare, food and entertainment has been brought in.

Al Marri pointed out that the process of change began in 2008 with a programme aimed to conclude in 2030 but he acknowledged that the awarding of the World Cup acted as a major incentive to accelerate and deliver on those plans.

He said: “What might have taken more than 10 years has taken less than five years.”

It is a picture that the ILO largely endorses.

Max Tunon, head of project for the ILO in Qatar, said: “For the most part, we have seen tremendous progress in the past three and a half years. While the trajectory is very positive, there is certainly still work to be done.

“The World Cup has certainly put the spotlight on Qatar and accelerated these reforms. Adopting such an ambitious and comprehensive agenda in just a few years may be unprecedented.”

But he warned that there were still many problems particularly with retaliation by employers against workers who change jobs.

Added to that the Shura Council which advises the Emir tried to derail the efforts in February by publishing demands to repeal the reforms, a move the Emir rejected.

But Mr Tunon noted: “It’s clear that the reforms have not been universally accepted. On the one hand, we see this pushback as a sign that the reforms are having an impact, while on the other hand it is a signal that we need to communicate better on how these reforms are beneficial for workers, companies and the economy as a whole.”

However, he was also optimistic about the future because the reforms are bringing benefits to the country.

The ILO has set two immediate priorities of ending the last vestiges of kafala and tackling the problem of unpaid wages which can take months to get out of employers, issues the ministry agree need resolving. The government is also looking at being more transparent with figures and blacklisted companies with monthly reports.

Qatar already has physical signs of progress, not least the migrant cities set up to house the workers from abroad.

The delegation was taken to Asia City which covers 1 million square metres, houses 70,000 people (the equivalent of the borough of Barking and Dagenham in London) with 55 residential blocks where four people share large rooms with privacy curtains, with each block holding washing facilities, cinemas and gyms and cafeterias. All the costs are met by the employers.

The city also contains a state of the art medical centre which appears to be an upgrade on what can be found on the NHS in the UK.

There are four large mosques for worship and because so many of the workers are from the Indian sub-continent a 16,000 seat cricket stadium has been provided for them for matches.

Tunisian Main Jarboui, the group projects manager, said: “The biggest complaint is food. It is hard to cater for everyone’s different tastes; they all want food like they have at home.”

The delegation was also taken to one of the four Red Crescent high quality medical centres set up for migrant workers dealing with around 100,000 cases a month between them.

The centres have set their standards on the Canadian model which they believe to be the best in the world.

The promise to improve work conditions and rights was part of the Qatar bid in 2010 and is one of the four legacy priorities set by the organisers in Qatar.

South African Stephanus Van Dyk, the senior health and safety manager for the Supreme Committee of Delivery and Legacy for the competition, insisted that throughout the building process which began in 2014 they have insisted on higher standards than those in Qatari law.

He too queried the claims of 6,500 work related deaths linked to the World Cup, a figure many in Qatar suspect has been manufactured by regional rivals.

Mr Van Dyk said just three people died as a result of accidents working on World Cup projects. In a report next week the ILO is expected to estimate 50 work related deaths across the whole country.

Mr Van Dyk also said that a system of worker representatives for every 200 people in a national group introduced by the government had been very important.

“There was some reluctance to begin with, but companies began to understand that it improved productivity.”

The Qatar success story has been supported by Britain with advice coming from the UK Health and Safety Executive as well as innovations by British companies such as a special cooling suit designed by Techniche which dropped the temperature for construction labourers working in the heat by up to 15 degrees.

Robert Oulds, who wrote a report for FERW based on independent research which found that 60 per cent of workers believe conditions have improved, said that his findings had been supported by what he and the delegation had seen.

“Qatar is a model that other countries should be made to follow. Sport can change the world,” he said.

The changes have led other regional rivals to begin to follow suit with Saudi Arabia beginning to dismantle kafala.

Former Conservative MP Stewart Jackson, who was also an independent observer, added: “There is clearly still much to do in Qatar but the progress is remarkable and it should be praised and supported for its efforts.

“Qatar is a trailblazer for this region and if it is attacked for being transparent and trying to do the right thing there is a danger others will not follow its example.”