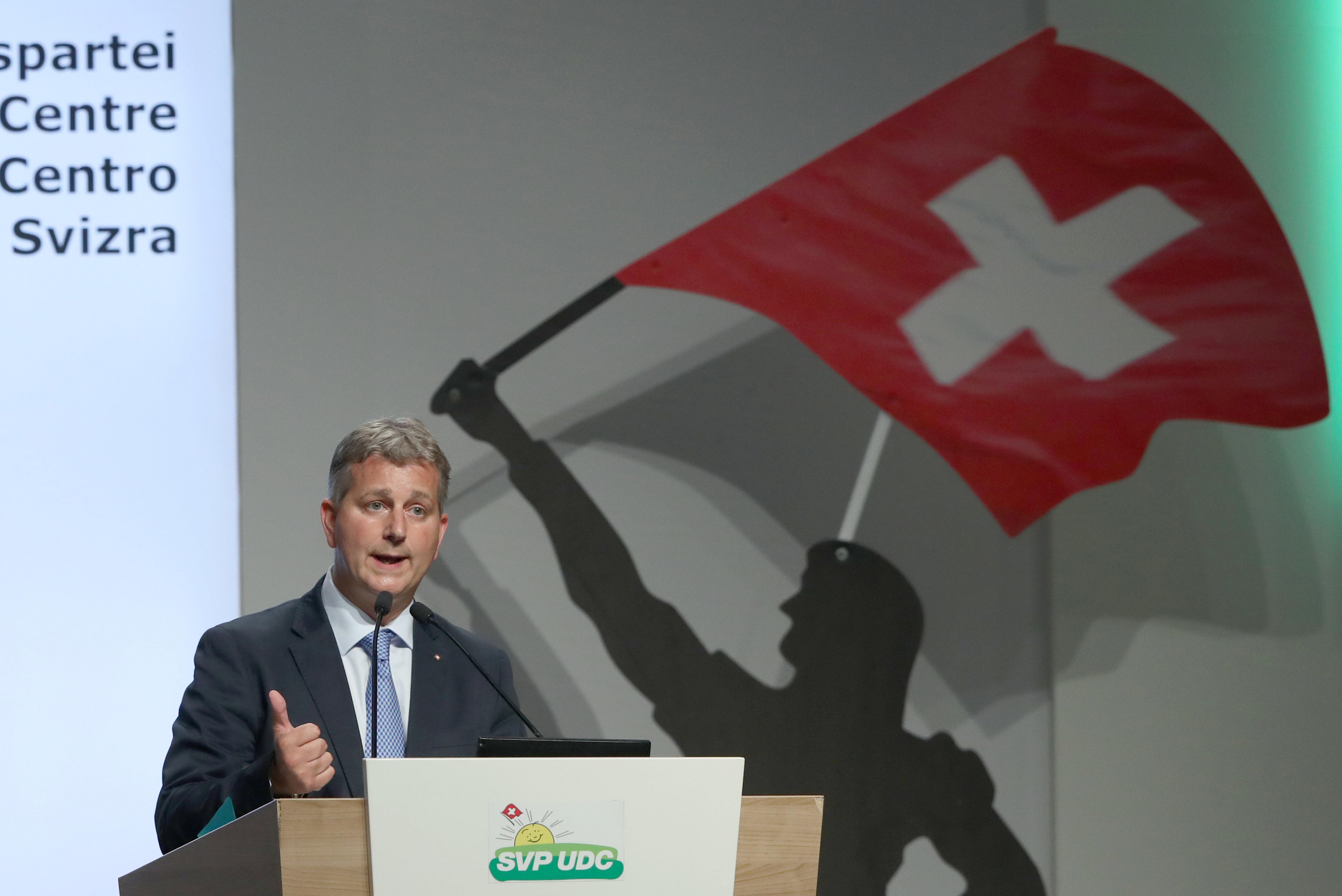 ZURICH (Reuters) – The Swiss People’s Party (SVP) elected Marco Chiesa from Italian-speaking region Ticino as president of the right-wing party on Saturday as it tries to sharpen its profile and rebuild its appeal among voters.

Chiesa, 45, was nominated in a surprise move last month after Switzerland’s biggest party tried for months to find a successor to outgoing president Albert Roesti, who announced last year he was stepping down.

Top of his agenda will likely be the party’s campaign in a Sept. 27 referendum on ending free movement of people with the European Union. Opinion polls suggest a majority in favour of keeping free movement, but if the vote goes the other way bilateral trade agreements between Switzerland and the EU could be at risk.

Chiesa vowed to stick to the party line, saying: “I don’t want to have to watch how Swiss families suffer from the burden of millions of immigrants from the European Union.”

Swiss broadcaster SRG published a poll on Thursday suggesting 61% would vote against the proposal and 35% for it.

The trained economist was elected at a party meeting in Brugg Windisch, west of Zurich. He was the only candidate standing for election, a lack of choice criticised by some delegates at the meeting.

The SVP used to dominate Switzerland’s political debates with often inflammatory campaigns targeting immigrants and the European Union. But its profile fell somewhat under Roesti, who took over in 2016 but announced his resignation last year after the party lost ground in parliamentary elections.