F-16 and domestically made Ching-kuo fighter jets launched strikes and tanks raced across inland scrub, firing shells to destroy targets on the beach. About 8,000 personnel took part in drills, held on a coastal strip near Taichung in central Taiwan.

The drills, dubbed “Han Kuang,” are Taiwan’s main annual exercises. This year’s come as China has stepped up its military activity around the island, including flying fighters and bombers close to what Beijing calls its “sacred territory”.

“The Han Kuang exercises are a major annual event for the armed forces, evaluating the development of combat abilities. Even more, it lets the world see our determination and efforts to defend the country’s territory,” Tsai told the troops.

Tsai, who won re-election by a landslide in January, pledging to stand up to China, has made military modernisation a priority. Taiwan unveiled its largest defence spending increase in more than a decade last year.

“As I have said, national security does not rely on bowing and scraping but on solid national defence. All our officers and soldiers are the core of that,” she added.

Although Taiwan’s military is well-trained and well-equipped with mostly U.S.-made hardware, China has huge numerical superiority and is adding advanced equipment such as stealth fighters and new ballistic missiles. 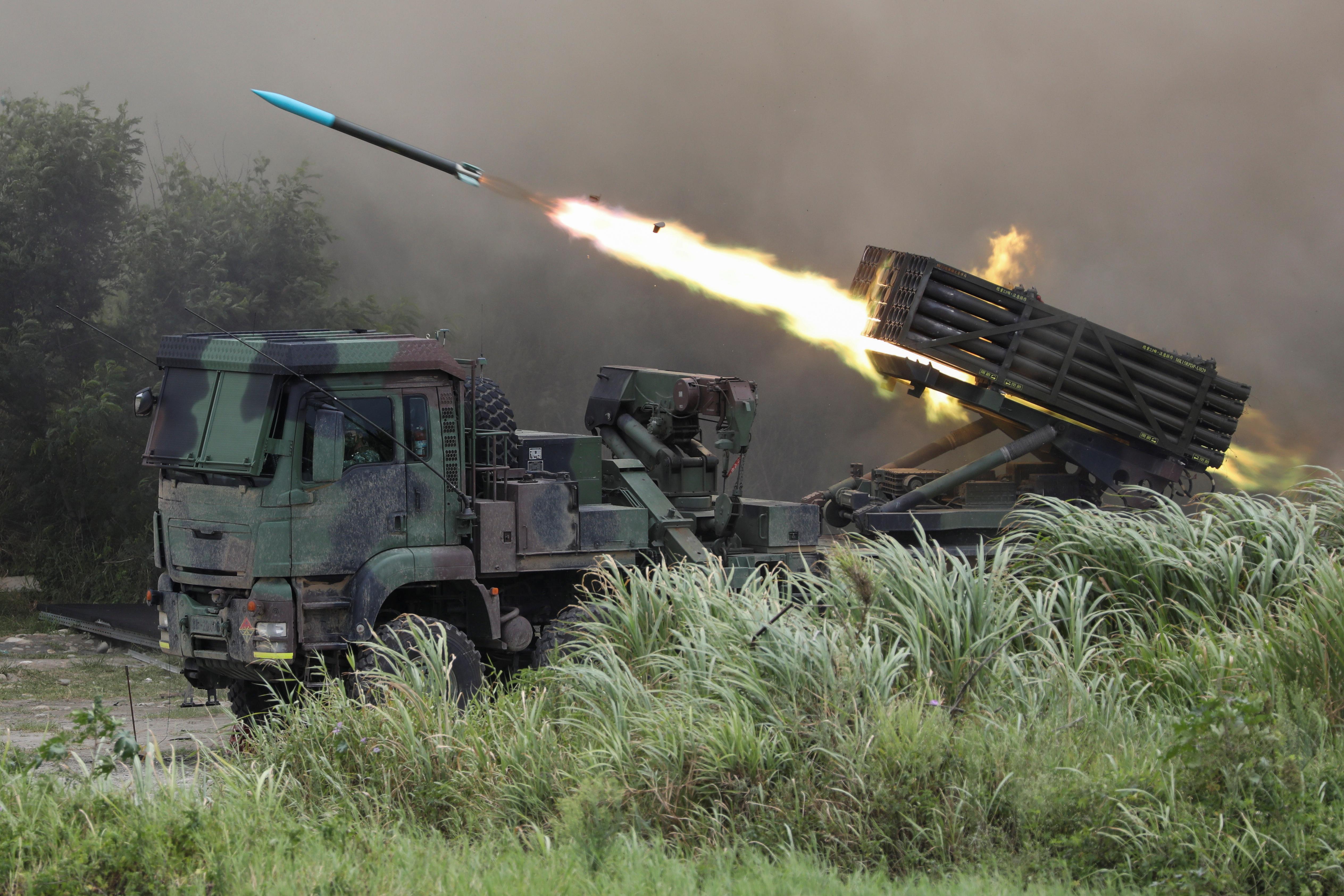 China sees Taiwan part of “one China” and has never renounced the use of force to bring the island under its control.

Taiwan is one of a growing number of flashpoints in the U.S.-China relationship. Beijing routinely denounces Washington’s support for the island.

China has stepped up pressure on Taiwan, saying Tsai is pushing for the island’s formal independence – a red line for Beijing. She says Taiwan is already an independent state called the Republic of China, its official name.