Emma Hoffstrom decided to use a face tanning machine to bronze up her fair-skinned complexion but was left in agony following the 18-minute session. The fitness fanatic initially did not notice anything unusual after leaving the salon but soon realised something was wrong when her face started to swell. Within hours of using the machine, she developed burns similar to sunburn all over her face which eventually began to peel and left her scarred.

Emma, from Sweden, took to TikTok to warn others of the danger of using these machines, telling people to “please be careful with your skin”.

The video has been viewed more than six million times, with thousands of comments from shocked viewers.

After using the machine, Emma rushed to hospital where doctors quickly wrapped her face in bandages and gave her medication for the pain.

She said she needed “a lot of painkillers”, as well as “antibiotics, cold compresses, and creams from the doctors” to aid her recovery. 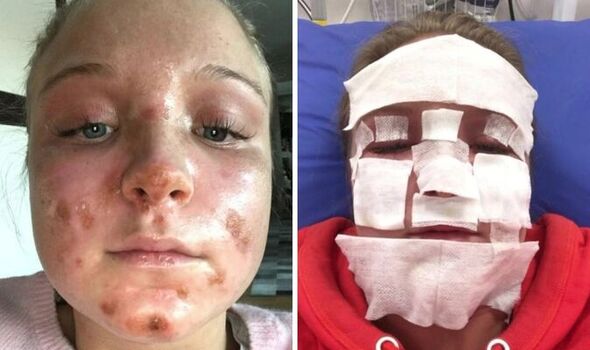 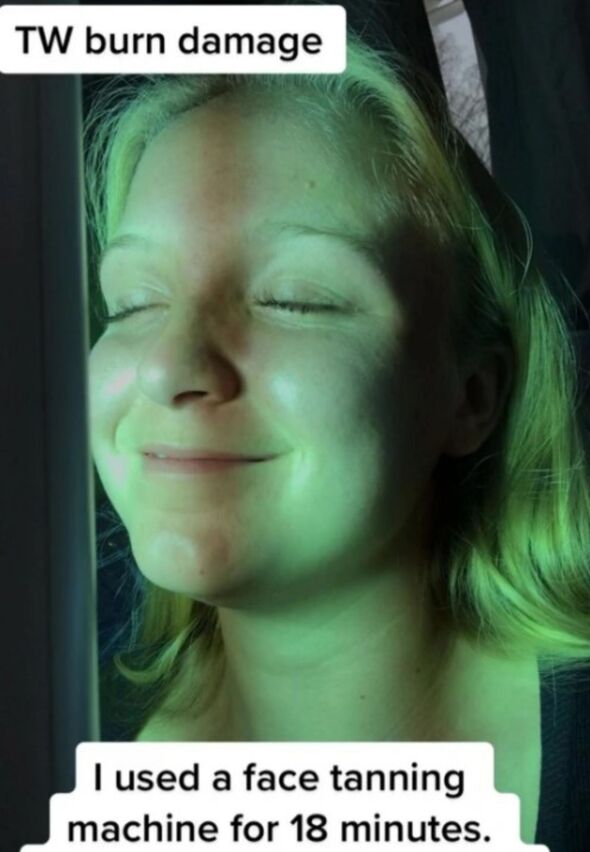 Emma claimed her dad complained to the salon but decided not to take further action.

She added: “There was no time limits on the machine so that was the main issue.

“It felt hot like you were in the sun but I didn’t think anything bad would happen.

“There was nothing alarming while I was in there.” 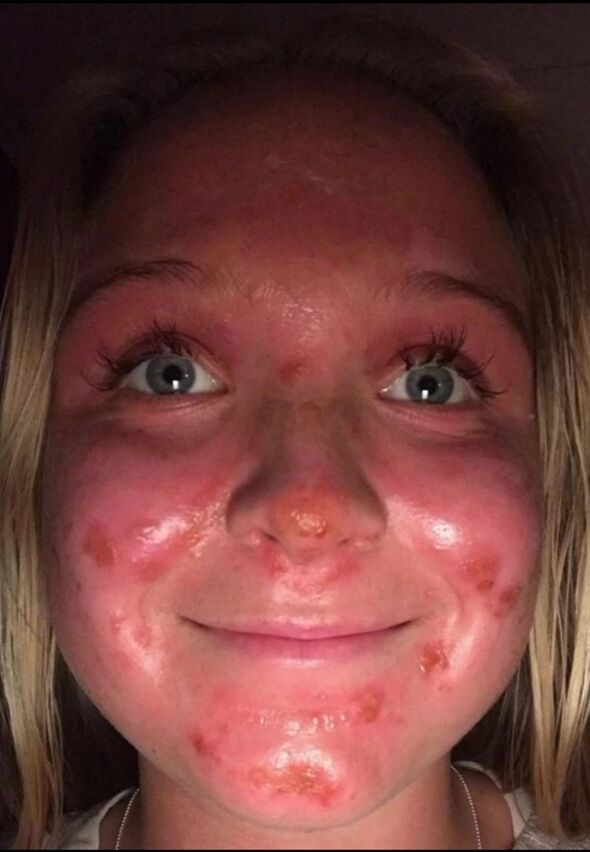 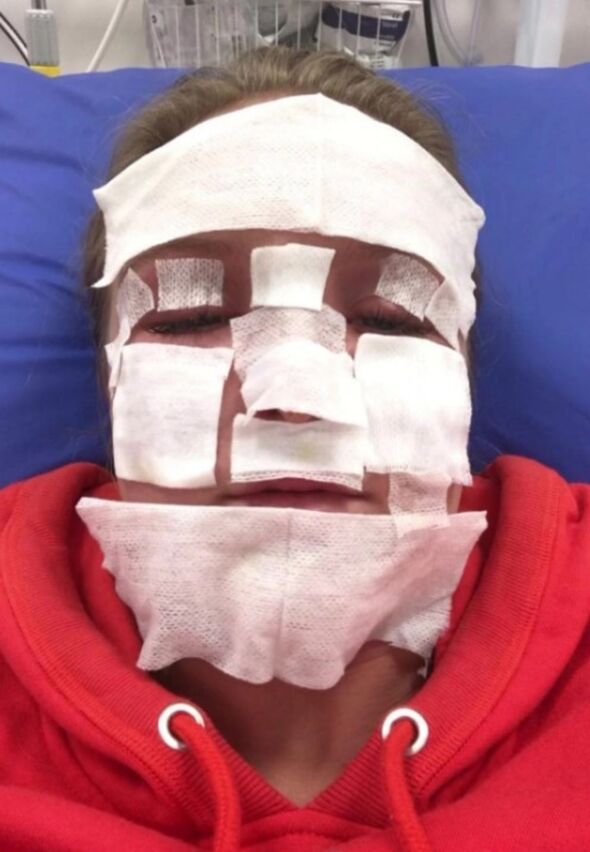 Emma was not wearing any sun protection while she used the machine, with some viewers suggesting these machines should be used for a “maximum of three minutes”.

But with no limits on the machine, Emma used the UV lamp for 18 minutes straight before heading back to her car where she began to notice redness and swelling.

Emma claimed that the tanning bed was “broken” and that “it’s supposed to have a limit of how much UV light you can get, but on this one it had no limit.”

She added: “I had too little information on using face tanning machines and wanted to try it out but didn’t realise the bad effects it can have on you.” 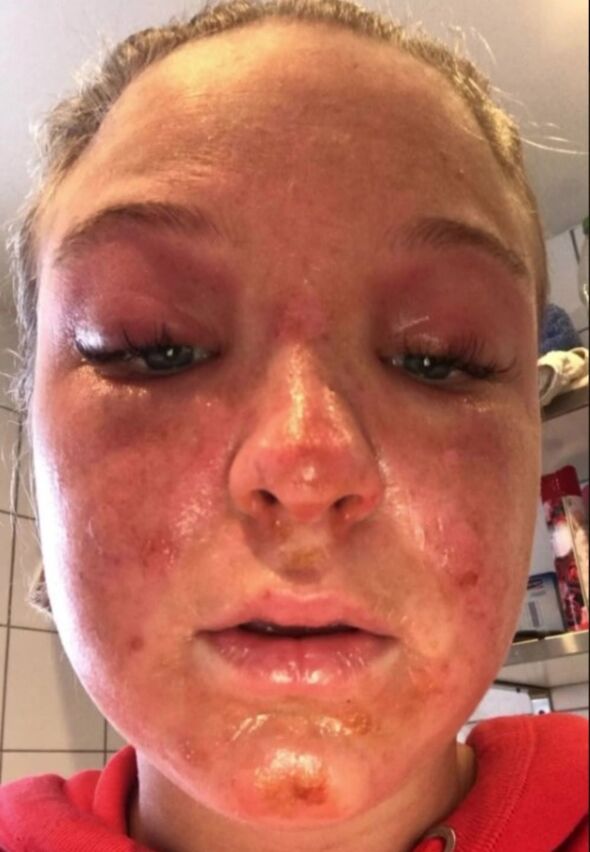 Since posting the video, Emma has now recovered from the severe burns and puffiness she was left with, but some have expressed their concerns that she may be more vulnerable to skin cancer following the incident.

Dr Arif Aslam, a consultant dermatologist at Spire Fylde Coast Hospital, warned: “Using a sunbed is not good for your health as it increases your risk of skin cancer.

“They emit the same type of harmful radiation as sunlight and could be even more harmful depending on other factors such as how strong the rays from the bed are and how often you use them.

“Tanning beds give out UV rays, and some might even be stronger than midday rays when they are at their strongest. It is not recommended to use sunbeds at any time, including before a holiday, as using a sunbed increases your risk of developing skin cancer.”