The Philippines’ largest television network is facing possible closure on Monday, after President Rodrigo Duterte’s allies in Congress refused to renew the station’s 25-year licence in a move critics and media watchdogs have denounced as part of the government’s continuing assault on the free press.

On the eve of the May 4 deadline, Duterte’s Solicitor General Jose Calida said there was no legal basis to give ABS-CBN Broadcasting Corporation even a provisional licence as it awaits approval from Congress, threatening to prosecute any government officials who defied the order.

“No less than the Constitution requires a prior franchise from Congress. Hence, when there is no renewal, the franchise expires by operation of law. The franchise ceases to exist and the entity can no longer continue its operations as a public utility,” Calida said in a statement on Sunday, which was also World Press Freedom Day.

Since becoming president in June 2016, Duterte has repeatedly expressed his disdain towards the television network, which is owned by one of the richest families in the Philippines.

Duterte claimed that ABS-CBN had refused to run his political advertisements during the campaign season – allegations the network has denied.

ABS-CBN’s coverage of the war on drugs, which has killed thousands of people, also angered the Philippine president.

On many occasions, the president has threatened to block the renewal of the network’s franchise, while suggesting that the owners should sell the company to break the impasse. At the same time, he insisted that his hand-picked leaders in Congress were free to decide on the issue.

Several bills have been pending before Congress since 2019 for the renewal of ABS-CBN’s licence, but Congress sat on the legislation citing other priorities. The House of Representatives adjourned in March without taking up any of the bills for renewal.

As a remedy for the delay, the Department of Justice advised the National Telecommunications Commission (NTC), the government agency tasked with awarding broadcast licences, to issue ABS-CBN an interim licence to allow it to continue operating, with consent from Congress.

House Speaker Alan Cayetano had also sent a letter to the NTC urging the issuance of a provisional licence effective on May 4. Cayetano, an ally of Duterte, had previously accused the network of “bias” against him during previous elections.

Even the NTC had also said that it will allow ABS-CBN to continue operating while waiting for the new franchise, which Congress is expected to take up once it returns from recess.

After the lockdown in the Philippines in mid-March due to the coronavirus health emergency, the NTC also said that all permits to operate and maintain broadcast, which are expiring within the quarantine period, would be automatically renewed.

The permit will be valid for 60 days from the end of the lockdown, according to the NTC. Duterte has extended the lockdown until May 15 in Metro Manila and some parts of the island of Luzon. It remains unclear if the order will be lifted or extended.

However, in his statement on Sunday, Calida, the solicitor general, insisted that NTC has no power to issue any such licence to ABS-CBN, citing provisions in the Philippine Constitution, which he said gave Congress “exclusive powers”.

“Although this legislative power may be delegated to administrative agencies through a law, at present, there is no such law giving the NTC or any other agency the power to grant franchises to broadcasting entities.” 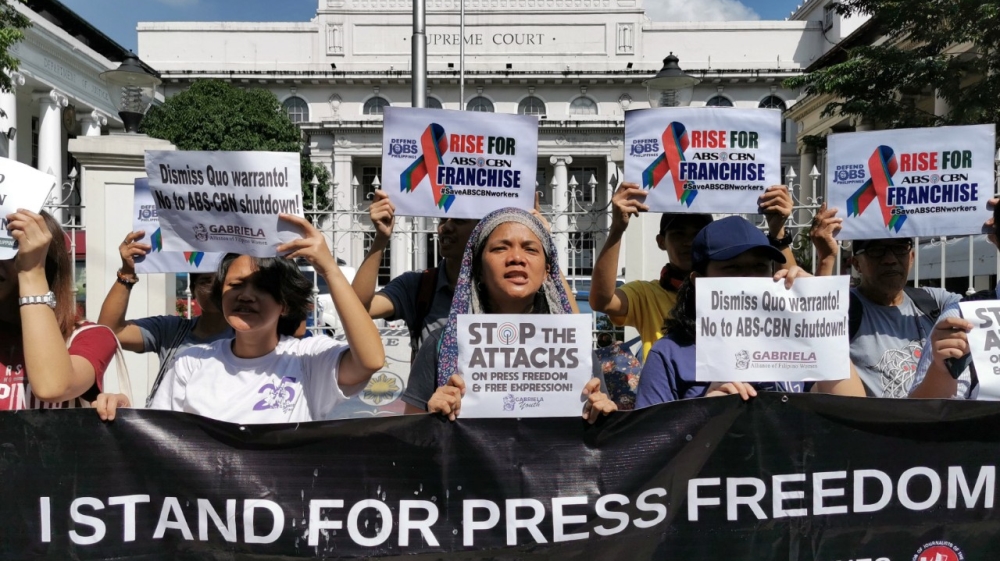 Without the franchise, ABS-CBN now faces the possibility of having to stop broadcasting, and could even face a court could order to stop operations. However, it could continue as a content provider.

Earlier this year, Calida had also ignited anger when he filed a petition before the Supreme Court seeking to invalidate ABS-CBN’s licence altogether.

In a statement on Sunday, the National Union of Journalists of the Philippines (NUJP) denounced Calida’s latest legal manoeuvre.

“Is the government so blinded by its chief executive’s hatred of an entity that it dares to flaunt our nation’s collective sense of fair play, due process, and common good when the entire country grapples with a problem infinitely more pressing and dangerous,” NUJP said referring to the coronavirus lockdown. 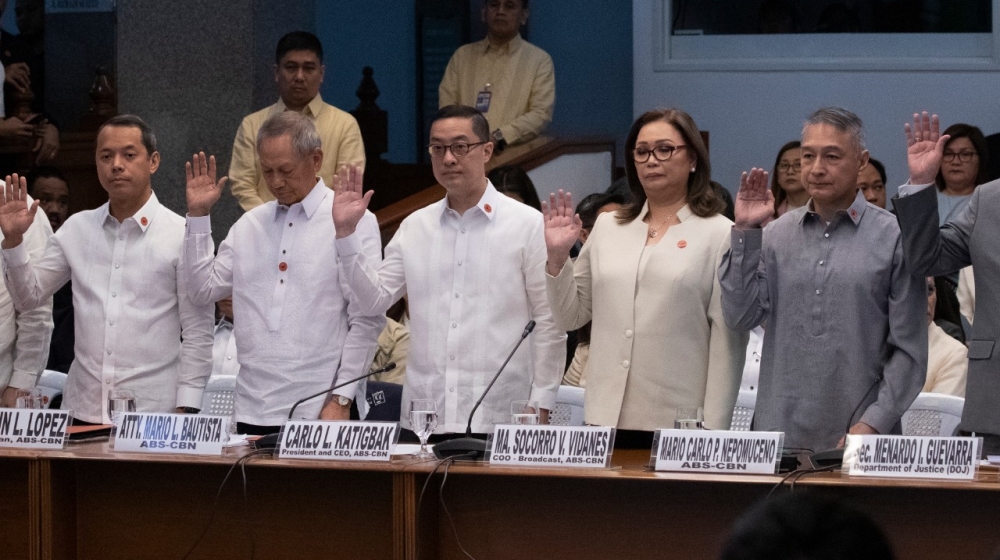 ‘Tyrants want to control the press’

ABS-CBN is not the first media company that has earned Duterte’s ire.

His administration continues to pursue cases against the news website, Rappler and its editor, Maria Ressa, after its extensive reporting on his war on drugs and his administration’s role in spreading fake news.

The country’s largest newspaper, Philippine Daily Inquirer, was also forced to sell to an ally of the president, billionaire Ramon Ang, after Duterte threatened its owners with legal consequences. The newspaper was also critical of the drug war. In the run-up to the 2016 elections, it also reported about Duterte’s alleged hidden wealth.

“Tyrants always want to control the press, and Duterte is no exception,” said Fe Zamora, a veteran journalist who has covered several Philippine presidents.

“He has succeeded to a certain extent, in the sense that the media, in general, has become timid. Government propaganda sometimes are reported as news without that probing and critical eye.”

While the Duterte administration’s “lack of transparency” poses a stumbling block in any journalists’ work, she said that it should also serve as a challenge.

“But there is hope in some young journalists who continue to soldier on despite the threats and intimidation.”

At ABS-CBN, its more than 11,000 employees await any last-minute decision from the Duterte administration, even as they also remain under lockdown.

While not commenting on the legal merits of the franchise renewal, Inday Espina-Varona, an ABS-CBN editor and writer, told Al Jazeera that “any gag on any media entity or individual journalist, or group of journalists, is a blow against democracy.”

“Amid the challenges, journalists will fight on, will continue to explore every platform to bring the news to our people.” 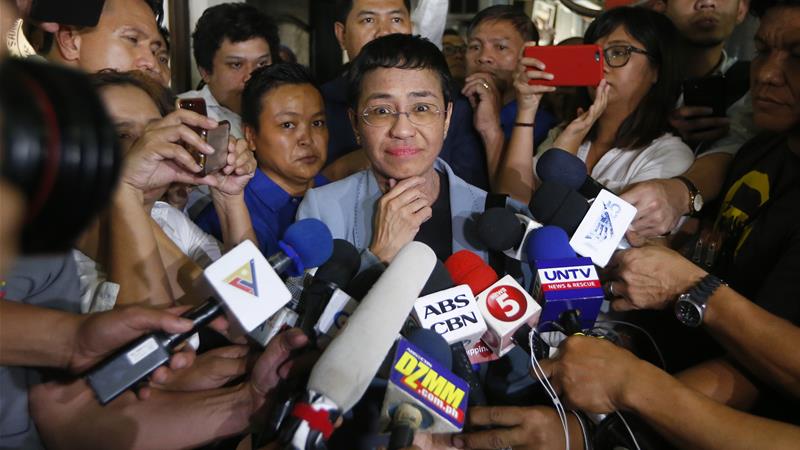 Is there a war on truth? A conversation with Maria Ressa