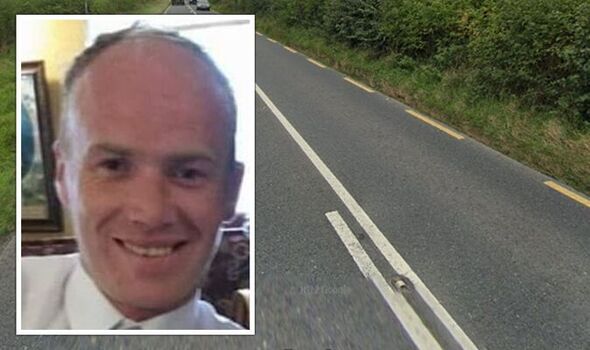 A teenager with special needs has suffered life-changing injuries and may never walk again after the car in which she was a passenger was stolen and crashed by a man with alcohol and drug problems. Thief Dale Fogarty, 37, from Clogh in County Kilkenny in Ireland, was killed in the accident. He was well known to gardai (the Irish police) as somebody who had a history of drug and alcohol problems.

The car was stolen in Green Street in Kilkenny town on Friday after the 16-year-old girl’s father stopped briefly to collect something from his office, leaving her alone in the vehicle.

Fogarty drove in the direction of the nearby town of Ballyragget “extremely dangerously”, the gardai, said, overtaking cars on a dangerous bend.

He was then involved in a collision with a car heading in the opposite direction containing a couple in their 40s and a man in his 60s, who was the father of one of them. All three sustained serious but non-life-threatening injuries.

Fogarty died in hospital after the collision, while the teenager is understood to have had two emergency surgeries after suffering extensive injuries.

One source told the Irish Independent: “She is going to be left with life-changing injuries now for the rest of her life. She may never walk again.”

Speaking to local radio station KCLR, Councillor Pat Fitzpatrick said: “The whole community has been reeling from shock when we learned of the accident.

JUST IN: Saudis behead 15 people in a fortnight in bloody wave of executions

“Then we learned of the scale of the accident and then there’s been a whole sequence of events that we’ve learned of.

“The whole community out there is in total shock at what’s happened.”

Police are awaiting the results of toxicology reports on Fogarty, who survived a knife attack after a row at a Valentine’s Day party in Kilkenny ten years ago.

He and his friend Kieran Monahan were both stabbed, with the latter dying from his injuries.

Gardai are investigating the events leading up to the taking of the car, at 3.30pm.

A spokesman confirmed: “A female teenager was an occupant of the vehicle when it was stolen.”

Gardai are asking any drivers with camera footage (including dashcam) who were travelling in the area of Kilkenny between 3pm and 3.30pm to contact them.