WASHINGTON (Reuters) – U.S. senators were set to vote on Wednesday on a $2 trillion bipartisan package of legislation to alleviate the devastating economic impact of the coronavirus pandemic, although critics from the right and left threatened to hold up the bill.

Top aides to Republican President Donald Trump and senior Senate Republicans and Democrats said they agreed on the unprecedented stimulus bill in the early hours of Wednesday after five days of talks.

The massive bill includes a $500 billion fund to help hard-hit industries and a comparable amount for direct payments of up to $3,000 apiece to millions of U.S. families.

Several Republican senators said the bill needed to be changed to ensure that laid-off workers would not be paid more than they earned on the job.

“This bill pays you more not to work than if you were working,” Republican Senator Lindsey Graham, a Trump ally, told a news conference.

In response, Senator Bernie Sanders, who is running for the Democratic presidential nomination, said he was prepared to block the bill if Republicans do not drop their objections.

That came after leaders of both parties predicted a Wednesday vote.

“Today the Senate will act to help the people of this country weather this storm,” Republican Senate Majority Leader Mitch McConnell said after the chamber convened at noon (1600 GMT).

Senate Democratic leader Chuck Schumer said his party was willing to pass the bill as quickly as possible.

“Help is on the way. Big help. Quick help,” he said on the Senate floor.

Trump is ready to sign the measure into law, the White House said, but it was unclear how quickly Congress could get the package to his desk. McConnell did not say what time the Senate would hold its vote, and the Democratic-controlled House of Representatives is not expected to act before Thursday.

The package will also include $350 billion for small-business loans, $250 billion for expanded unemployment aid and at least $100 billion for hospitals and related health systems.

It would be the largest rescue package ever approved by Congress and the third such effort to be passed this month. The money at stake amounts to nearly half of the $4.7 trillion the U.S. government spends annually.

‘DROP IN THE BUCKET’

New York Governor Andrew Cuomo said the $3.8 billion allocated to his state would not cover the tax revenue it stands to lose from reduced economic activity. His state accounts for roughly half of all U.S. coronavirus cases.

“That is a drop in the bucket,” he said at a news conference. 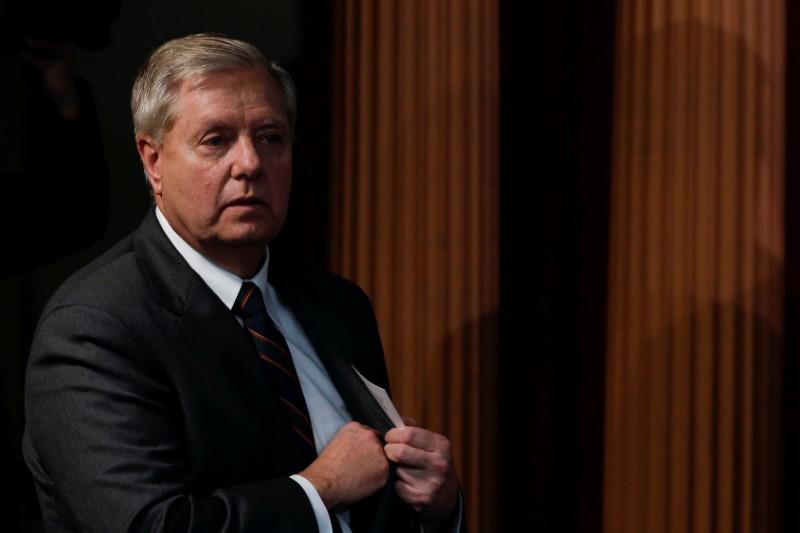 The package aims to flood the U.S. economy with cash in a bid to stem the impact of a pandemic that has killed 812 people in the United States and infected more than 59,200.

The governors of at least 18 states, including New York, have issued stay-at-home directives affecting about half the U.S. population. The sweeping orders are aimed at slowing the pathogen’s spread, but have upended daily life as schools and businesses shutter indefinitely.

Republican Senator Rand Paul, the only senator to vote against an earlier round of emergency virus funding, may be unable to vote after testing positive for COVID-19, the respiratory disease caused by the coronavirus.

It also must pass the House. Speaker Nancy Pelosi, who proposed a more far-reaching rescue package, did not say whether she would support the Senate version.

“We’ll see the bill and see how the Senate votes. So there’s no decision about timing until we see the bill,” she told reporters.

Any changes made by the House would also require Senate approval, which could lead to further delays.

The No. 2 House Democrat, Steny Hoyer, told lawmakers that they would be notified 24 hours before any action.

House members left Washington 10 days ago, but the lower chamber could quickly pass the bill without requiring their return, through a “voice vote” that would require only a few lawmakers to be present. 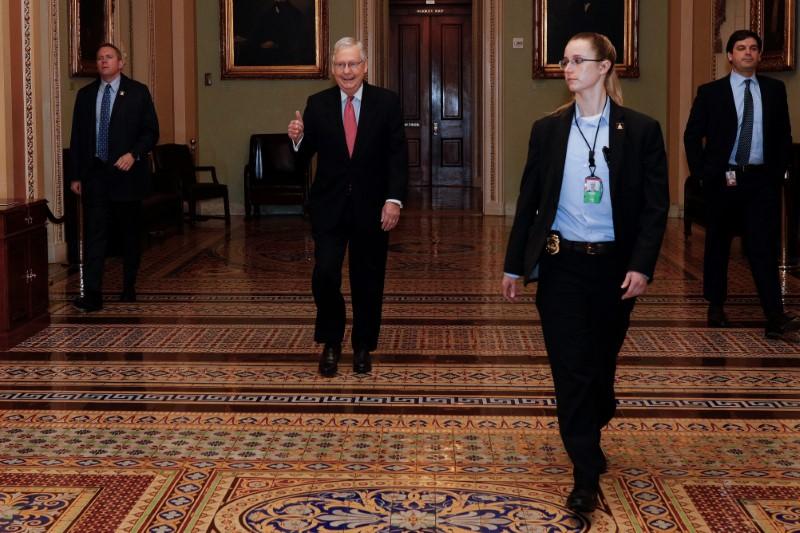 The top House Republican, Kevin McCarthy, said he would prefer that approach and called for its passage on Friday.