Damaging thunderstorms continue threatening the Southern Plains after days of giant hailstones and tornadoes already ripped through Oklahoma and Texas. Now, the risk warning has moved to three out of five for parts of Texas, including Dallas and Fort Worth. According to the Storm Prediction Centre (SPC), hailstones up to four inches in diameter could fall.

The SPC said hail that size is like having thousands of softballs falling from the sky.

Elsewhere in Texas, a level two out of five warning has been issued for severe weather.

Oklahoma, Arkansas, Missouri, Illinois and Kentucky are also under warning.

The SPC said: “Stronger thunderstorms may produce large hail and wind damage. A tornado threat may also develop in the Southern Plains.” 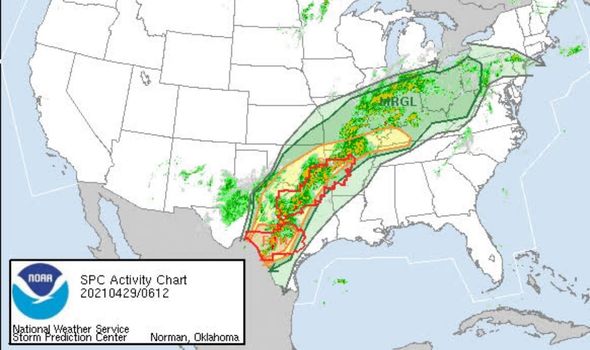 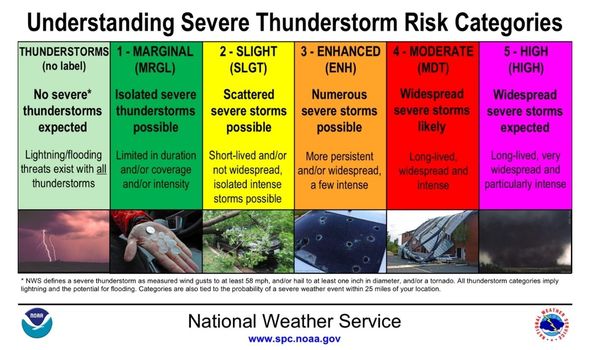 As well as tornadoes and giant hailstones, flash flooding poses a risk.

Eastern Oklahoma, southern Missouri and northwestern Arkansas are all at risk of heavy rainfall.

The National Weather Service in Oklahoma said: “Locally heavy rainfall will be a bigger concern in our area by later today and tonight, with both flash flooding and main-steam river flooding possible depending on just where the heavier rain swathes set up.”

Flood warnings are in place for some 10 million people. The SPC said: “A Tornado Watch means conditions are favourable for tornadoes and severe thunderstorms in and close to the watch area. 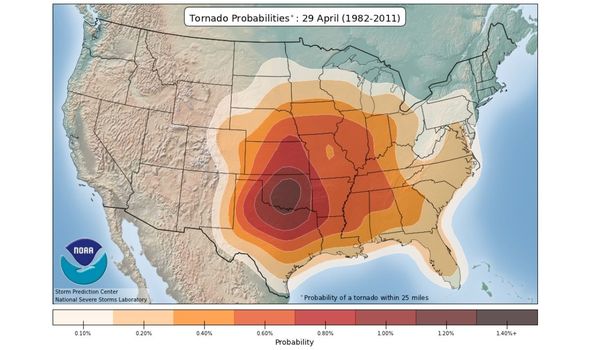 “Persons in these areas should be on the lookout for threatening weather conditions and listen for later statements and possible warnings.

One of the factors fuelling these massive storms is unseasonably warm daytime temperatures.

CNN meteorologist Chad Myers said: “Even though today may not look like a classic set up for a severe weather outbreak, there will be severe storms that break out from Texas all the way up to the Northeast,

“We often talk about the ingredients for big storms and today’s recipe includes an overabundance of warm air and humidity.”

Later into Thursday, the weather stem is expected to move further east, bringing with it a risk of severe weather from the Gulf Coast to the Great Lakes and Midwest.

Gusty winds and hail are the primary concerns. The risk of flash flooding will linger from Arkansas into the Tennessee Valley.

A level two out of five risk is in place for parts of Ohio, Pennsylvania and New York, including Cleveland and Pittsburgh.

These scattered severe storms will remain a threat into the first half of tonight before weakening. 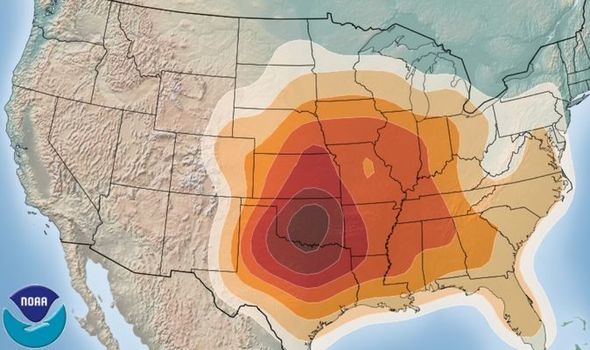 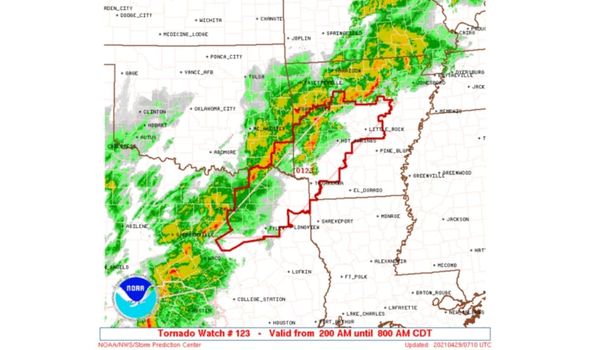 Some of these storms could also produce isolated tornadoes, large hail and/or damaging winds.

Over 200 million people in the US are forecast to have a high temperature of at least 80 degrees (26C), with that warm air reaching as far north as the New York City area and into portions of northern Ohio.

High temperatures in the Northeast will be up to 25 degrees above average.

New York, Newark, Washington and Philadelphia all neared record highs on Wednesday as temperatures near or hit 90 degrees (32C).