AUSTIN, Texas — On Monday, when soaring temperatures drove electricity demand in Texas to a June record, state regulators asked citizens to use less power or face a repeat of the deadly failures in February that left 69 percent of Texans without electricity and half without water.

Experts say that Texas, which prides itself on its light regulatory touch, is paying a price. As climate change contributes to weather extremes in both summer and winter, the vulnerability of the state’s power system is becoming increasingly apparent.

The result is “a system that’s been cutting corners and trying to just have enough power to get by — which is fine until a couple of things go wrong, and we’re left at the edge of blackouts again,” said Daniel Cohan, an associate professor of civil and environmental engineering at Rice University in Houston. He compared the situation in Texas with someone trying to save a little money by going without insurance. “It’s really cheap, until it’s not,” Dr. Cohan said.

State lawmakers passed legislation last month to address some of the issues that led to the February disaster, but it may not be enough. The requirements laid out in the legislation have already been criticized as inadequate, and the next weather predicament has already arrived.

The new legislation requires better weatherization at plants to avoid a repeat of the February debacle. But the timeline is less than urgent, critics say, and many of the same regulators who presided over the grid’s decline are being asked to oversee the improvements. Even the lawmaker most responsible for passing the legislation, State Representative Chris Paddie, said at the bill-signing ceremony: “There’s more to be done.”

The Electric Reliability Council of Texas, which operates the state’s electric grid and is known as ERCOT, put out the call on Monday for people to conserve electricity, asking them to set thermostats to 78 degrees or higher, turn off lights and avoid using large appliances.

The state’s power demand on Monday, 70 gigawatts, came uncomfortably close to what the companies could provide at the time — in large part because some 12 gigawatts of generating capacity was offline, including part of the state’s only nuclear power plant, Comanche Peak.

On Monday, the difference between how much energy was being used and how much could be generated was approaching the level that triggers mandatory emergency measures. 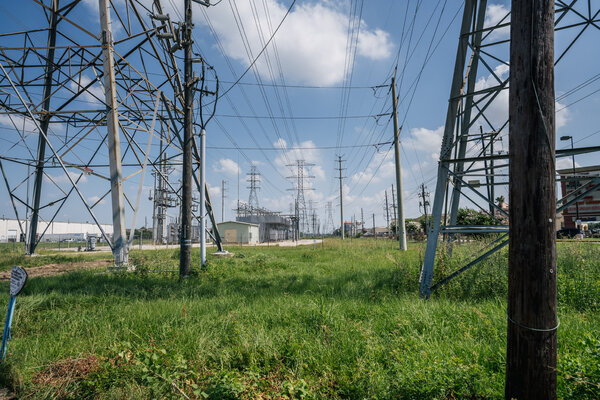 Things had not looked so troubled earlier in the year. The North American Electric Reliability Corporation, which helps ensure reliability of the power grids, expected above average reserves in Texas this summer, at 15.3 percent for the year, up from 12.9 percent in 2020.

But the agency warned in a report last month that “extreme weather can affect both generation and demand and cause energy shortages that lead to energy emergencies” for Ercot.

The problem is urgent, but not new. “Every summer, everyone holds their breath to see if there’s going to be enough generation in Texas to keep the lights on,” said Bernard L. McNamee, a former member of the Federal Energy Regulatory Commission and a partner in the law firm McGuire Woods.

At times, some power producers simply choose not to offer electricity into the market because it might not prove economically beneficial, leaving customers short on energy and paying high prices for the power they do get.

Arnie Gundersen, chief engineer at Fairewinds Energy Education, a nonprofit focused on nuclear power, said the Comanche plant suffered a transformer fire. But why other units were offline in the middle of June is a mystery. Any seasonal repair or upkeep on power plants is usually performed in April and May, Mr. Gundersen said. “They should be out of maintenance now.” Texas has not done enough to reform its grid regulators, even after a measure of housecleaning after the winter crisis, said Robert McCullough, of McCullough Research, a energy research and consulting firm based in Portland, Ore. “We’re talking about a fragile system” Mr. McCullough said, adding “We’re basically seeing the exact same system we were seeing four months ago.”

Worse, Mr. McCullough said, the system invites abuse. During emergency declarations, the power producers that can get 300 times the price they get when there is no emergency.

The Biden administration has made upgrading the nation’s energy infrastructure one of its priorities. Julie McNamara, a senior energy analyst at the Union of Concerned Scientists, said, “If we talk about infrastructure without considering how that infrastructure needs to match the climate conditions from today on into the future, then we’re building something that won’t stand a chance.”

The situation is putting lives at risk. A recent study suggested that in hundreds of places around the world, an average of 37 percent of heat-related deaths in warm seasons could now be tied to climate change. And increasingly common power failures are making heat waves deadlier.

Emily Grubert, an assistant professor in environmental engineering at the Georgia Institute of Technology, said that poor housing conditions — particularly in disadvantaged neighborhoods — were increasingly making extreme weather events life-or-death affairs. “Blackouts tend to be more dangerous in lower income neighborhoods and often in minority neighborhoods, because of really unequal access to adequate housing,” she said. Houses in poor condition tend to be inefficient and expensive to cool.

Power outages were already a problem in Pueblo de Palmas, a colonia outside the border city of McAllen, Texas. Abel Garcia, 40, who works in construction, cleared the sweat on his forehead outside a trailer he shares with his wife and 16-year-old daughter on Tuesday afternoon and said that he dreaded the coming summer. On Monday his trailer lost power at around 11 a.m., just as the sunlight began penetrating the windows, shutting off the already struggling air-conditioner.

Without power, “All we can do is take a cold shower to lower your body temperature,” he said. “And wait.”

Although Texas is in the news, Ms. McNamara said, this isn’t just a Texas problem. Power systems across the nation face worsening wildfires, flooding, hurricanes and other challenges as climate change intensifies natural disasters of many types. “The past will not guide us to be equipped for where we are, and where we are increasingly going,” she said. This week, a California heat wave has led the state’s grid regulator to warn that people may be asked to conserve energy.

Many Texans, wary of the state’s shaky grid, have begun looking to produce and store their own power. Kevin Doffing, a Houston homeowner, suffered through the winter power crash and decided to buy a solar system to keep his house humming in the next outage. “I just don’t see how we keep doing what we’ve been doing and expect different results,” he said.

At the time of the crisis this past winter, EnergySage, which helps people compare solar installers, found that registrations from Texas on its online service jumped 392 percent the week of Feb. 15, compared with the rest of the month to that point. Although traffic has declined somewhat, EnergySage said it remains higher than before the winter crisis.

Texans were unsettled by the news that their power grid, unreliable in the cold, was ailing in the heat as well. “I definitely don’t want to go through what happened in the winter storm again,” said Erik Jensen, who lives north of Austin. “That scared me.”

The renewal of warnings about outages left him feeling “a little disappointed,” he said. “I hoped they would have fixed the grid by now.”