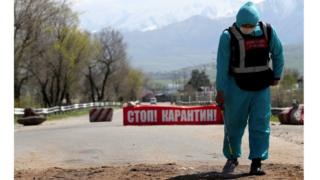 Like teenagers around the world, Maksat hasn’t been to school in weeks. As Kyrgyzstan imposed quarantine restrictions, the 15-year-old feels isolated like never before. He has been trapped at home with a sister he doesn’t get on with, a father he struggles to communicate with and a mother working abroad.

He is comfortable talking only to an internet chat bot.

Maksat (not his real name) feels alone and misunderstood. He often expresses suicidal feelings – a noticeable change, his teachers say, from the boy they knew before the curfew was brought in.

And then he met a “phone pal” – Jalalbek Akmatov, a university student in the capital Bishkek.

Jalabek is one of around 100 young adults taking part in a project to reach out via phone to teenagers just like Maksat, thousands of whom have been stuck at home for weeks.

The scheme – called You Are Not Alone – was launched after seven teenagers took their own lives in the first two weeks after Kyrgyzstan started coronavirus lockdown in in March.

At the time, the nation’s attention was on the poor medical facilities, lack of protective equipment and impact of coronavirus on the economy.

But as news of the teenagers’ deaths spread, a group of activists decided there was also a need to focus on the country’s children and their mental health.

“I was dismayed. We had had one coronavirus death and during the same period [so many] children committed suicide,” said Banur Abdieva, one of the project’s founders.

There is nothing to say the seven deaths were directly related to the lockdown, but people like Kurmanjan Kurmanbekova, a psychologist from a refugee centre in Tubingen, Germany, feared the strain it was putting on children’s mental health.

“And as a symptom of depressive conditions, we get a suicide mood,” she explained to the BBC.

Schools closing in Kyrgyzstan mean many children have limited options for interaction, especially in rural areas where education offers a respite from the relentless drudge of housework and a rare opportunity to communicate with other children.

Added to this were concerns from experts over any potential increases in domestic violence, which could possibly be exacerbated by isolation and parents’ loss of income.

But how do you reach teenagers like Maksat, who live in remote villages?

One in fivedo not live with their parents

The answer, the project team decided, was to keep it simple – to start a network of volunteers who would befriend teenagers considered “at risk” by calling them up for a regular chat.

“Their aim is to show moral support and engage in social interaction so that the child doesn’t feel total isolation,” Ms Kurmanbekova explained.

Volunteers approached local schools and state education agencies which sent them a list of students in a “group of risk” – mostly children without parents or who live with relatives and may lack attention and care.

There are now more than 100 volunteers and nearly 400 children aged 12 and older in their database – and the list is growing.

Crucially, volunteers are not just on the end of the phone to talk about the problems their new friend is facing – unless the teenager brings it up themselves. Instead, they focus on their new friend’s future goals and potential.

Take volunteer Ayperi Bolotzhanova, who is 25. She bonded with her 12-year-old phone pal over taekwondo.

“I offered to teach her some tricks and she agreed,” said Ayper. “Now, I send video of my practices and she sends back her own.”

But it is not always easy to take the first step, the volunteers admit.

“I was very nervous before my first phone conversation,” Jibek Isakova, who currently lives in Budapest, recalled. “I was afraid that she would refuse to be my friend.”

Of course, there was distrust: a total stranger calls you up out of the blue and offers friendship. But most of the volunteers found their “mobile relationship” took off after a few conversations. Indeed, the volunteers were surprised how most teenagers were keen to talk to them.

What do they want to discuss? Other than the skills needed to milk a cow – a must-have in rural Kyrgyzstan – they’re much the same things teens across the world want to talk about: K-pop, Instagram, the difficulties of finding love. Drawing famous Japanese cartoon characters and learning languages were other topics that cropped up.

And they were all united in one thing: how much they hated online education during the quarantine. 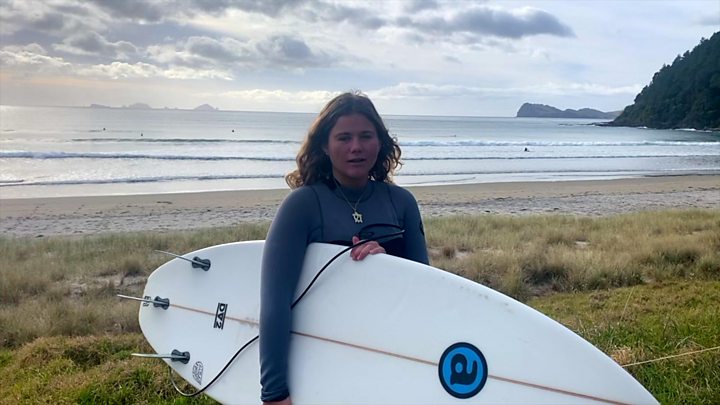 Every response, every question the volunteers receive from their teenage friends is seen as a success. Jalalbek got particularly excited that – after a difficult start – Maksat sent a photo of him together with his family in the mountains.

For some volunteers, the cause is very personal. Eldiyar Manapov, 24, joined the project because he considered suicide as a teenager. Like his phone pal, he grew up without parents and now feels a particular connection with his new friend.

“I experienced what he is going through now,” he told the BBC. “You are constantly in need of some things like clothes. Children mock you that you don’t have parents. I don’t want him to feel all this pain, I want him to chat, to be distracted.”

Even though the idea is simple, the challenges the activists face are not. One of them – a lack of mobile phones – could easily derail the whole project.

“It’s very difficult to build a phone friendship when most children don’t have personal phones,” said Banur Abdieva. “Volunteers have to negotiate with parents or guardians. Sometimes they even ask teachers if they could come to the gate at a designated time. And it’s quarantine, so they need to sanitise their phone and pass it on to the child.”

Activists launched a fundraising campaign to buy phones for the project. Some people donate their used phones, which volunteers try to deliver to children living in remote regions, a challenge on its own during the lockdown.

“Just imagine how happy my friend will be if he gets his own device,” said Eldiyar, whose phone pal is using a mobile belonging to a cousin. “He will be able to learn more and communicate more. That means he will have less time for all bad thoughts.”

If you’ve been affected by a mental health issue, help and support is available. Visit Befrienders International for more information about support services.