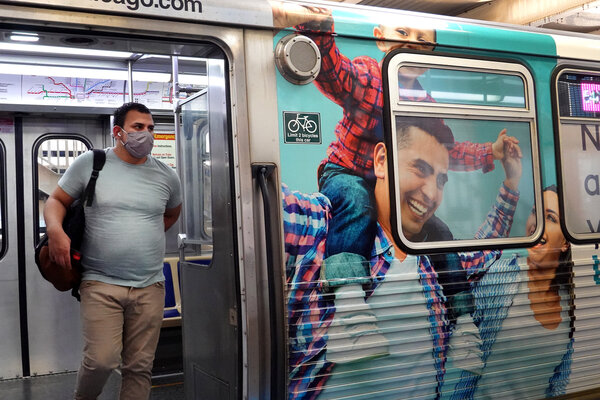 What a difference a week makes. In just a few days, state and local authorities have imposed mask mandates, companies have put off returning workers to their offices, and the federal government and the military have pressured their employees to get vaccinated.

It started on Tuesday when the federal health officials reversed themselves and recommended that even people fully vaccinated against the coronavirus should wear masks again in public indoor spaces in parts of the country where the highly contagious Delta variant of the virus has been surging. They also said everyone in public schools should wear a mask, sparking heated debates across the country.

Some state and local governments, schools and businesses scrambled to follow the new guidelines, while others defiantly declared they would not. In Florida on Friday, Gov. Ron DeSantis signed an executive order giving parents the final say on whether their children wear masks in school.

By Friday, government documents leaked to the media had painted a grim picture of the Delta variant as more contagious, more likely to cause severe illness and more able to break through vaccines than other known versions of the virus. One document said officials must recognize that “the war has changed.”

“This virus is in the driver’s seat and we are chasing it,” said Dr. Ali Mokdad, an epidemiologist at the University of Washington and former C.D.C. scientist. “The only way we stay ahead of it is through vaccination and wearing a mask. If we don’t, we will always be catching up.”