Putin: They’re picking on Russia without any reason

The Russian president said: “Some countries have made it a habit and most often without any reason to talk about Russia.

“It’s a new kind of sport for them, who is going to be the loudest speaking against Russia?”

He went on to insist that Russia “are trying to be reserved in this regard” adding “I’m not even trying to be sarcastic! We are really modest in regard!” 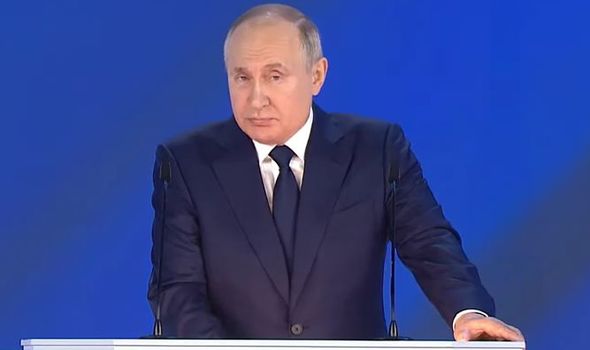 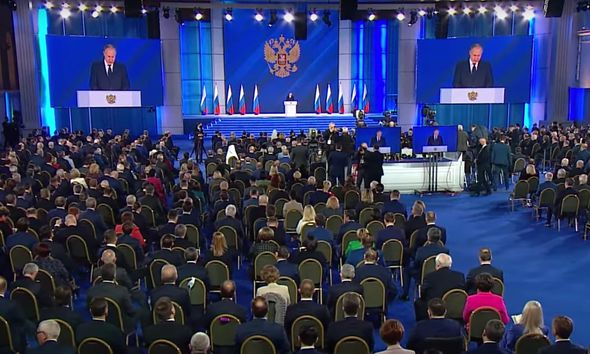 The murky claims continued when Putin suggested that Russia wants to keep good relations across the world.

The Russian premier said: “We want to keep good neighbourly relations with all the participants of the international efforts.

“But we see what’s happening in the real world!”

And in an extraordinary conclusion, he said: “They are picking on Russia without any reason!” 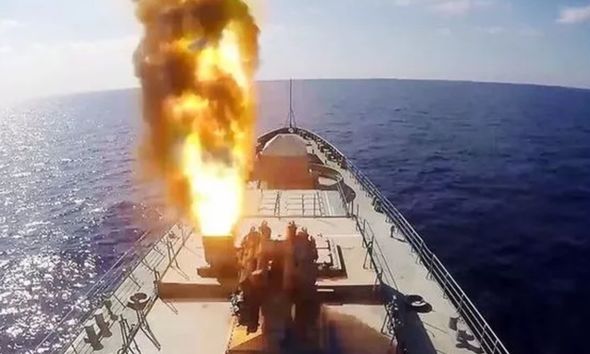 The comments come despite Russia releasing footage yesterday of a warship firing live missiles in the Black Sea in a terrifying show of military might to the world.

And earlier, Ukraine’s Foreign Minister Dmytro Kuleba warned that Russian troops massing along the country’s borders with Ukraine will pass 120,000 within a week with the figure only likely to keep growing.

Mr Kuleba told an online press conference yesterday: “Russian troops continue to arrive in close proximity to our borders in the northeast, in the east and in the south.

“In about a week, they are expected to reach a combined force of over 120,000 troops, this does not mean they will stop building up their forces at that number.” 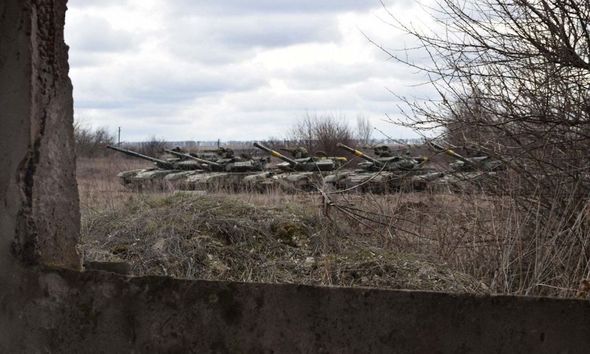 Mr Kuleba continued: “What is even more worrying, is that it is not just troops, but also paratroopers in Crimea, electronic warfare systems able to jam communications over the entire territory of Ukraine, ballistic missiles and some other clear signs of potentially offensive capabilities.”

The Foreign Minister’s comments come as Ukraine’s President Volodymyr Zelenskiy signed a law allowing reservists to be called up for military service without announcing mobilisation, his office confirmed earlier today.

And widely circulated footage has also shown tanks and other materiel being transported through Crimea, which Russia annexed from Ukraine in 2014.

Western officials say the concentration of forces is now larger than during that annexation.