Beaches were deserted yesterday as hopes of a summer of wall-to-wall sunshine were rained off – with more downpours and even thunderstorms on the way. But forecasters say it should be warmer and drier by the end of the week. They said showers were likely in much of England and Wales from today, with rain in the South expected to be particularly heavy and “thundery”. 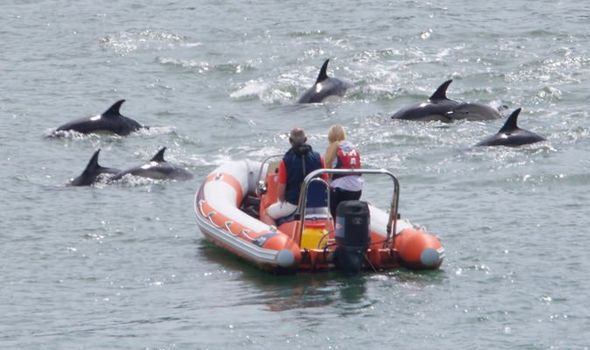 It said: “Following clearance of overnight heavy rain, there is the potential for thundery downpours to develop across parts of southern England on Monday afternoon, lasting well into the evening”.

Where these formed, they could prove to be slow-moving and produce large amounts of rainfall with around an inch falling within an hour.

A few places might even see double that in two to three hours.

“Lightning, hail and gusty winds may prove additional hazards in a few locations.” It followed a yellow warning for rain from 2pm yesterday until 7am this morning.

But warmer, drier conditions could be on the cards for later in the week. 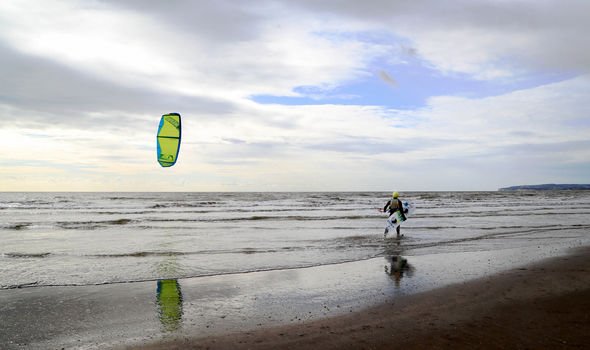 Forecasters warned motorists to take care with spray and flooding leading to difficult driving conditions, and even potential road closures. Meanwhile tennis lovers looking forward to the start of Wimbledon today should be wary.

BBC forecaster Ben Rich said: “Showers in the south are not great news for the start. There could be some interruptions to the play today and tomorrow “because our slow-moving weather system will still be with us”.

Further north, though, it would be drier, sunnier and warmer. Looking ahead to tomorrow, forecasters at The Weather Outlook said: “Tuesday is looking wet in southern and central England, as well as south Wales.

“Areas to the north should have another fine day, although isolated showers could break out. Very warm in the north-west, but cool where it stays overcast.” Showery rain would affect central and eastern England on Wednesday while other areas have fine weather.

The wet conditions follow weeks after the UK recorded its hottest day of the year so far on June 14.