Essam el-Erian had complained of medical negligence in detention after being sentenced to several life sentences. 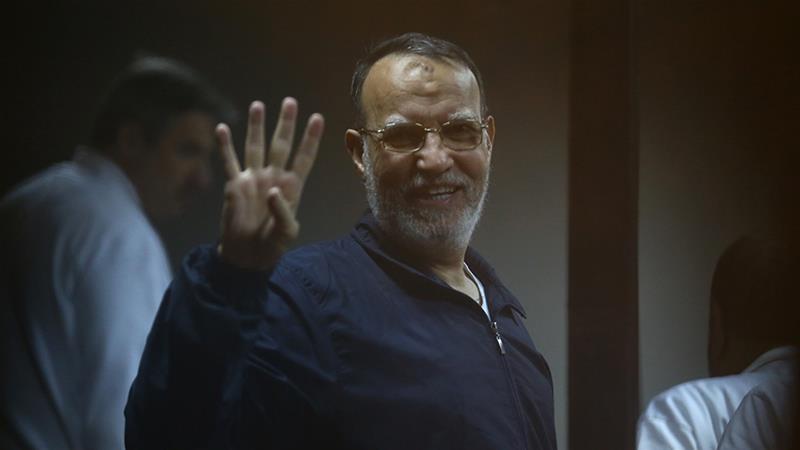 A senior leader of the outlawed Muslim Brotherhood movement has died of a heart attack in the notorious Tora Prison in Cairo, Egyptian security sources have said.

Essam el-Erian, who was sentenced to several life sentences following the military coup against Egypt’s first democratically elected president Mohamed Morsi, died at the age of 66.

El-Erian had been moved to a prison hospital after suffering a heart attack and died during treatment, two prison sources told Reuters news agency.

“We were informed of his death by prison authorities … they told us the death was natural,” a lawyer representing the Muslim Brotherhood, Abdel Moneim Abdel-Maqsoud, said in a statement to local media.

He said he received a call on Wednesday from the prison authority informing him of el-Erian’s death.

“I don’t know whether he died in prison or in hospital,” he told Anadolu news agency. “I informed his family of his death to start the funeral procedures.”

According to Abdul-Maqsoud, he and el-Erian’s family have not been able to see him for about six months after the authorities suspended visits to prisons, claiming a precautionary measure to combat the coronavirus.

El-Erian had complained in previous court sessions of being prevented from treatment and being subjected to medical negligence. Egypt’s public prosecutor had no immediate comment.

Relatives of other high-profile Islamist prisoners at Tora had previously raised concerns about their health, saying they were being held in poor conditions without adequate healthcare. Egyptian authorities have denied mistreating prisoners or neglecting their health.

The Brotherhood leader also said in previous statements he had contracted Hepatitis C inside the prison, and the National Security Agency had objected to his treatment.

He was arrested after then-defence minister Abdel Fattah el-Sisi overthrew the late president Morsi in July 2013.

He was later sentenced to several life sentences for being part of demonstrations against the decision to overthrow Morsi, who also died in prison. 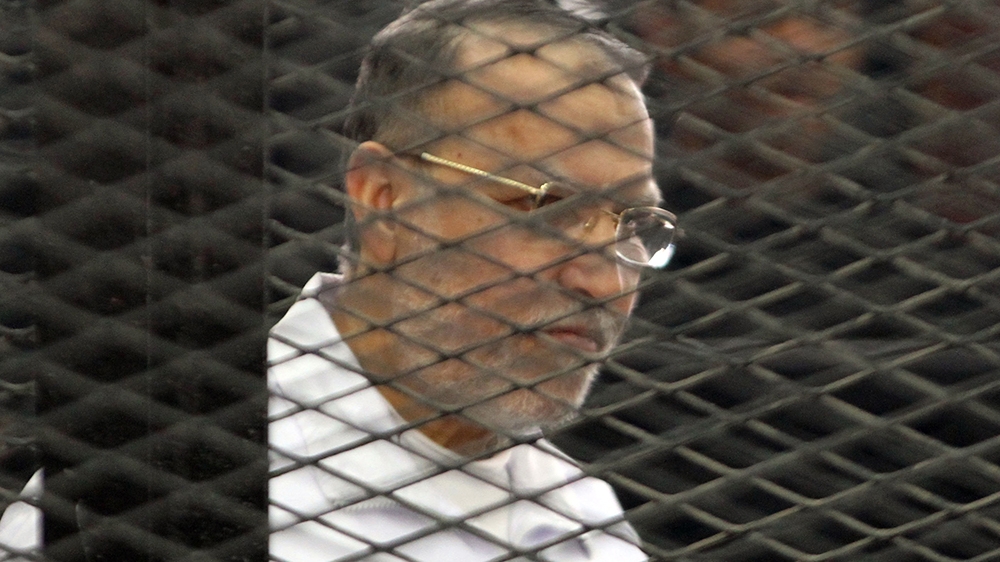 El-Erian, a doctor and politician, was born on April 28, 1954, and became one of the most prominent leaders of the Muslim Brotherhood in Egypt.

During his years at medical school and until his graduation in 1977, he became the head of the Islamic Group at Cairo University, then a coordinator of the Shura Council of the General Union of Islamic Associations and Groups.

Upon joining the Muslim Brotherhood in 1974, he contributed to the formation of the first Muslim Brotherhood families in the Giza governorate. He was also elected to the Cairo University Student Union and served as president of the General Union of Egyptian Students. He was the secretariat of the Cultural Committee of the Cairo Medical Students Union from 1972 to 1977.

El-Erian was not satisfied with studying medicine, so he obtained a law degree from Cairo University, a history degree, and pursued Islamic law studies at the al-Azhar University for his postgraduate degree.

As a trade unionist, he was elected a member of the board of directors of the Egyptian Medical Syndicate since 1986 and held the position of assistant secretary-general for several years. He formed a popular organisation with the aim of standing in solidarity with the Palestinian people, called the Forum of Professional Gatherings to Advocate the Palestinian Cause.

As a parliamentarian, he was elected as a member of the People’s Assembly in the legislative season for the years 1987-1990 from Imbaba district, and he was the youngest member at the time.

Before the establishment of the Muslim Brotherhood’s political arm, the Freedom and Justice Party, where el-Erian assumed the position of secretary-general and vice president, he was a member of the group’s guidance bureau.

El-Erian was known for his moderate approach and was considered as an advocate of internal reforms of the Muslim Brotherhood. 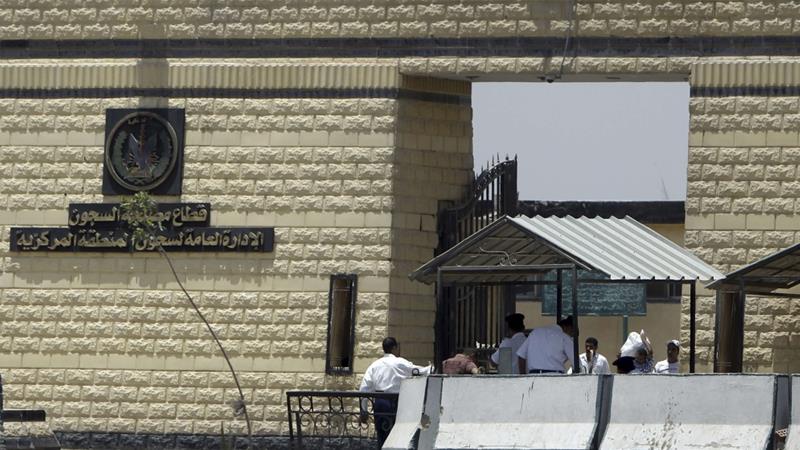 Can Egypt be forced to improve prison conditions?