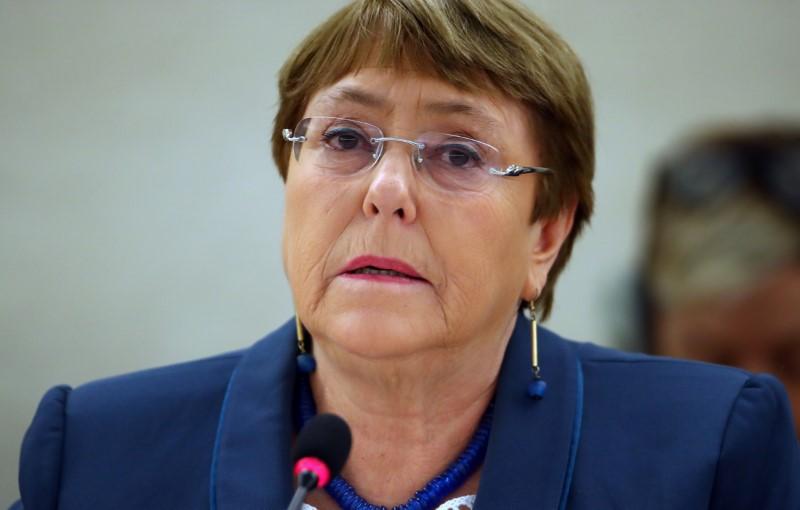 GENEVA (Reuters) – The top United Nations human rights official called on U.S. leaders on Wednesday to “condemn racism unequivocally” and take actions that truly tackle inequalities in the country rocked by a week of protests after the death of George Floyd.

In a statement, Michelle Bachelet cited “credible reports of unnecessary and disproportionate use of force” by U.S. law enforcement officers, including ammunition, tear gas, rubber bullets and pepper balls. Protesters should express demands peacefully, as violence and looting “won’t solve the problem of police brutality and entrenched discrimination”, she said.

Any deaths or injuries caused by either side require independent investigation, she said.

Bachelet decried the “unprecedented assault on journalists”, citing at least 200 reported incidents during protests. She called on U.S. authorities at all levels to ensure that they can do their work “free from attacks or repression”.