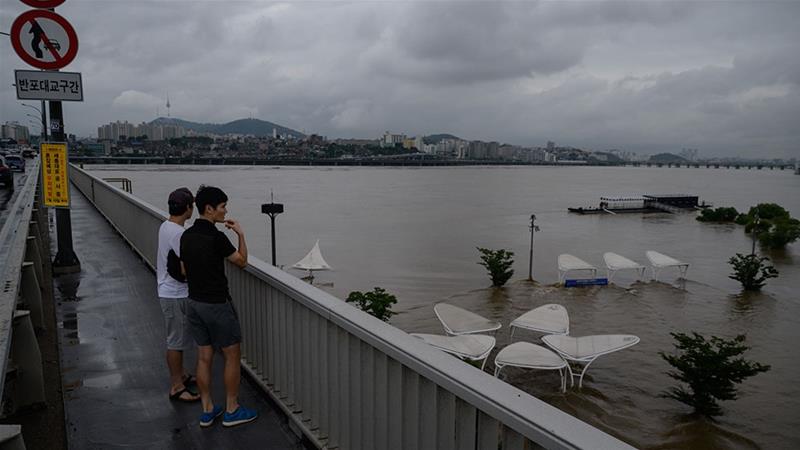 South Korea’s interior ministry says heavy rainfall in the country has triggered landslides in dozens of places, flooding residential areas and roads and killing many people.

Some riverside buildings were badly damaged, it said.

Much of the flooding occurred in the Seoul metropolitan area and the central region, leaving hundreds of people homeless.

At least six people were reported to have been found dead with another eight missing, thought to have been swept away in rising floodwaters.

Among the dead was a woman believed to have died in a gas explosion after a landslide enveloped a cowshed and a man who died when a chicken farm was engulfed by mud.

Three people from the same family are among those missing in Danyang province.

Train services were also disrupted on three train lines running in central and eastern parts of the country. Several roads had to be closed because of mudslides.

Heavy rain alerts were issued for Seoul and Gyeonggi Province, with the heavy downpours expected to last into Monday morning.