A tropical disturbance is currently being monitored by the National Hurricane Center, with forecasters saying it is highly likely to become the ninth tropical storm of the season.

It would be the earliest storm to begin with an “I” on record.

The previous record was set on August 7, 2005, part of the busiest season to date.

This would continue the trend of record-breaking seen during the 2020 Atlantic hurricane season, with Hurricane Hanna smashes records for the earliest storm with the letter “H” by 11 days. 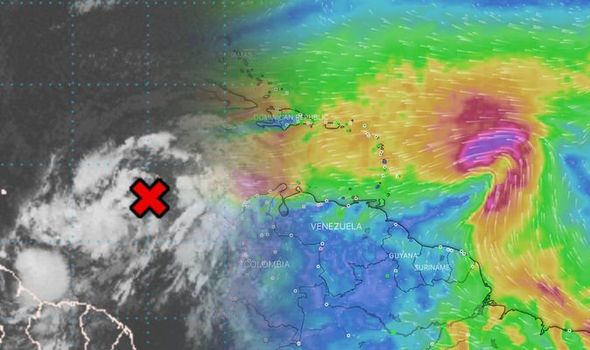 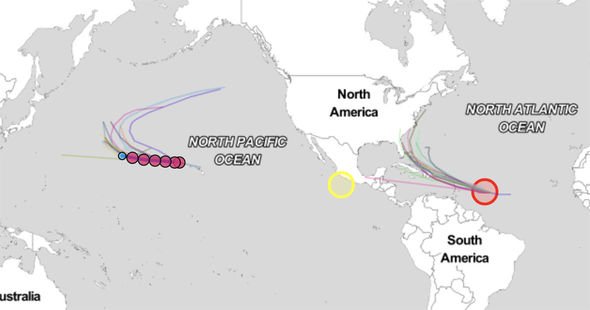 According to the latest NHC update issued at 2am EDT (7am BST), the tropical disturbance was located near the Caribbean Sea and the Gulf of Mexico.

The shower activity in that region is associated with a low pressure area located about 750 miles east of the Windward Islands is gradually increasing in organisation.

However, recent satellite-derived wind data indicates the circulation remains broad and elongated, and the low does not yet have a well-defined centre of circulation.

Environmental conditions are expected to become somewhat more conducive for development, and a tropical depression or tropical storm is likely to form during the next couple of days while the system moves west-northwestward at 15mph to 20mph and approaches the Leeward Islands. 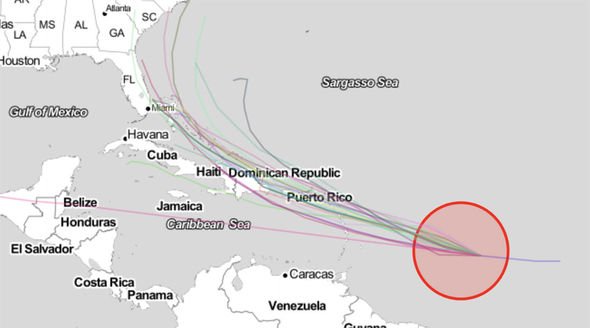 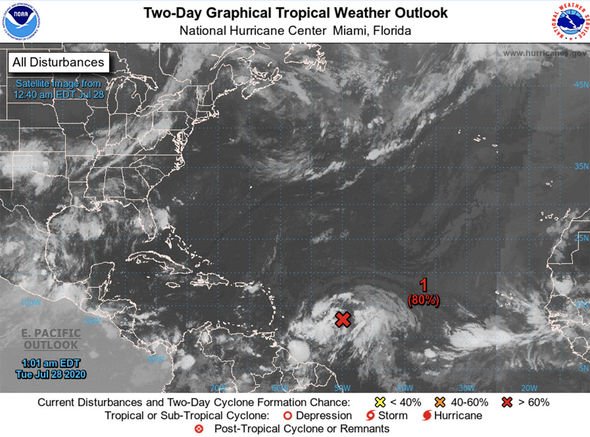 Regardless of development, locally heavy rains and gusty winds are likely across portions of the Leeward Islands on Wednesday and will spread westward to the Virgin Islands and Puerto Rico Wednesday night and Thursday.

Interests on these islands should continue to monitor the progress of this system, and tropical storm watches or warnings could be required for portions of the area later today.

The National Hurricane Center is also monitoring a tropical disturbance in the eastern North Pacific.

The disturbance involves a trough of low pressure located a couple of hundred miles off the coast of southwestern Mexico is producing an area of disorganised showers and thunderstorms.

Strong upper-level winds are expected to inhibit significant development while the system moves slowly northwestward parallel to, but just offshore, the southwestern coast of Mexico during the next couple of days.

However, chances of formation are much lower at just 10 percent through the next 48 hours or five days. 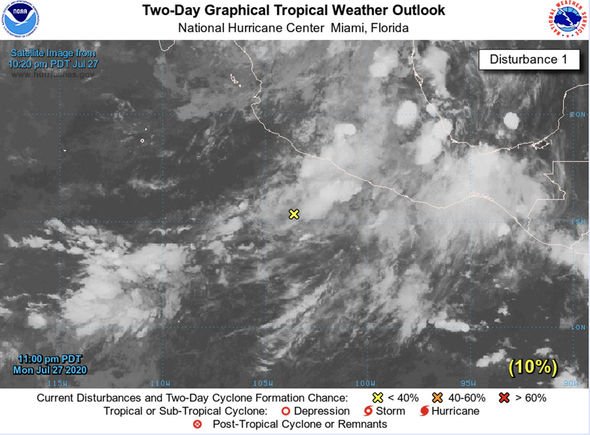 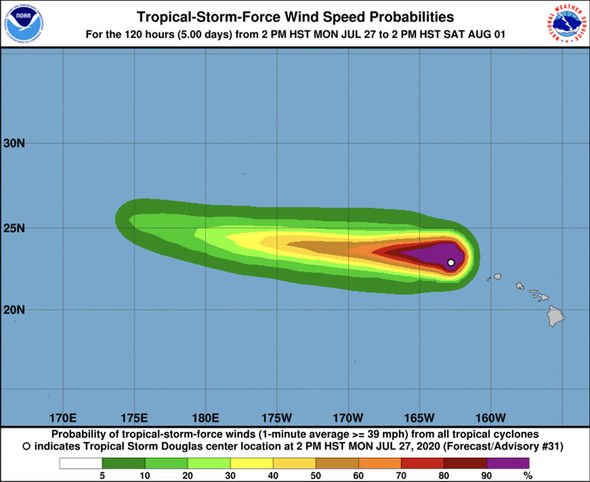 There is also one developed storm churning across the central Pacific right now.

Tropical Storm Douglas is according to the latest advisory weakening but is bringing tropical storm conditions to portions of the Papahanamokuakea Marine National Monument.

Douglas is located around 145 east southeast of French Frigate Shoals and around 415 miles west-northwest of Honolulu, Hawaii.

The storm is moving at 13mph and has maximum sustained winds of 60mph.

There are several watches and warnings in effect as a result of tropical storm Douglas.

A Tropical Storm Warning is in effect for [ortions of the Papahanaumokuakea Marine National Monument from Nihoa to French Frigate Shoals to Maro Reef.

This means tropical storm conditions are expected within this warning area in the next 24 hours.

A Tropical Storm Watch is in effect for portions of the Papahanaumokuakea National Marine Monument from Maro Reef to Lisianski.

This means tropical storm conditions are possible somewhere within the watch area over the next 24 to 36 hours.