The ninth named storm of Atlantic hurricane season could soon be a reality with eyes closely monitoring a disturbance close to the United States Virgin Islands. Watches and advisories have been issued, and as we head towards the weekend, Florida could feel the impact of Tropical Storm Isaias.

At 2pm AST (7pm BST), Potential Tropical Cyclone Nine – as the National Hurricane Centre has dubbed the disturbance – was located around 105miles south of St Croix, and around 180 miles south-southeast of San Juan, Puerto Rico.

The system was moving toward the west-northwest close to 23mph, and this general motion with a reduction in forward speed is expected over the next few days.

On the forecast track, the system will move near or just south of Puerto Rico later today and tonight, near or over Hispaniola on Thursday, and near or over eastern Cuba on Friday. 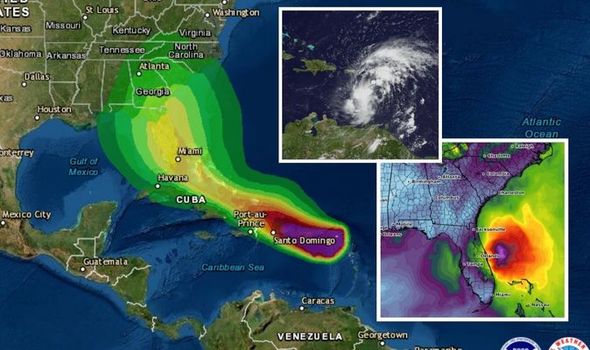 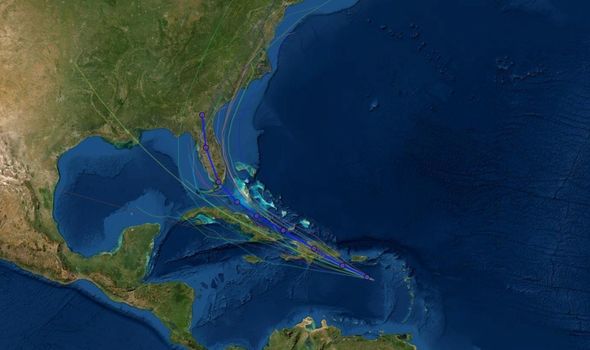 Some increase in strength is forecast through tonight, with weakening likely on Thursday due to land interaction.

However, some restrengthening is possible by this weekend.

Wind gusts of 44 mph were recently reported at the Luis Munoz Marin International Airport in San Juan and at St. Thomas in the US Virgin Islands within the past few hours.

In St. Maarten, a wind gust to 51 mph was observed late this morning. 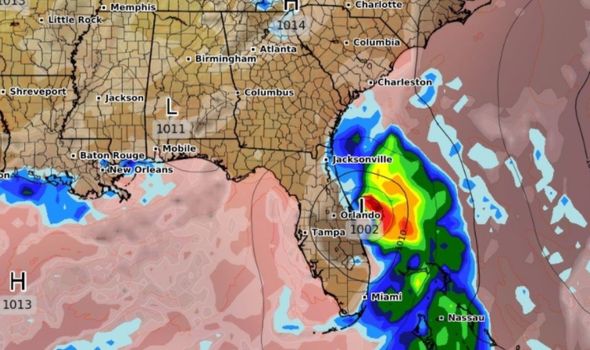 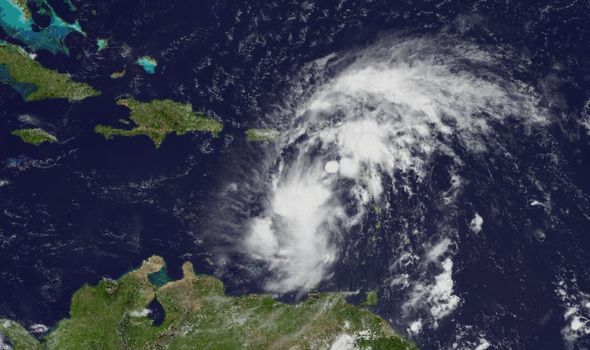 Environmental conditions are expected to be conducive for additional development, and a tropical storm is forecast to form later today or tonight.

The NHC put the change of formation in the next 48 hours as high, at 90 percent.

The NHC said the Potential Tropical Cyclone Nine, is expected to strengthen before it makes landfall in the Dominican Republic on Thursday.

However, the Center warned it’s still unclear what the storm would do in upcoming days.

The NHC said: “Simply put, there are a lot of hurdles in the system’s way, so it is best to stay on the conservative side at the moment and continue to stress the large uncertainty after it leaves the Caribbean.”

Several warnings are in place across the Caribbean.

A Tropical Storm Warning is in effect for

A Tropical Storm Watch is in effect for 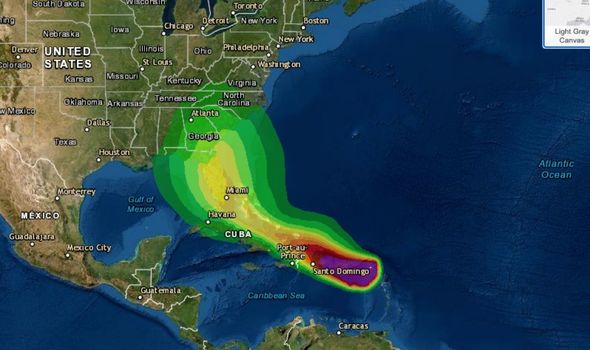 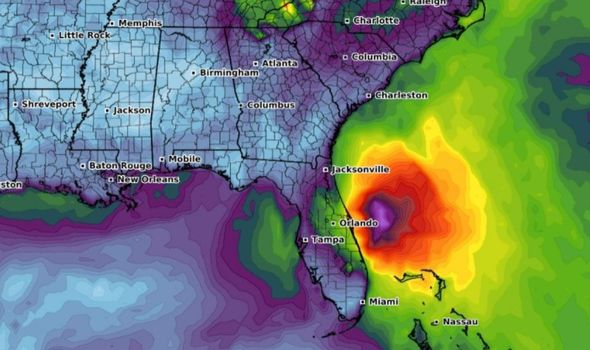 Florida is also in the storm’s sights, with the current forecast cone from the NHC showing impact this coming weekend.

This is the first time this hurricane season Florida is in the projected path of an expected tropical storm.

According to the Florida Division of Emergency Management residents could see heavy rain and strong winds from the system by the end of the week and into next week.

However, it is still too early to determine specific impacts.

Governor Ron DeSantis on Wednesday morning said residents may feel the impacts from the storm into early next week.

He encouraged residents to prepare and have at least seven days of disaster supplies to hand.

The NHC warning cone places almost the entirety of Florida in the path of the system, with the centre reaching Boca Raton on Saturday.

By then, the system could well be Tropical Storm Isaias with 50 to 60mph winds.