The Sunday Express has been shown briefing notes explaining the background to 25 legal challenges being taken across the USA by campaign group Amistad Projects. It has alleged that the donations mostly went to the Center for Tech and Civic Life (CTCL) were used to boost voter fraud in key states in the election. The money was donated specifically to increase voter turnout and was targeted at areas which had strongly backed Hilary Clinton in 2016 such as Philadelphia, Milwaukee and Detroit in key swing US states.

Previous legal attempts to block the donations were turned down by a court in Pennsylvania but the Amistad Project is now pursuing the funding by linking them to allegations of voter fraud.

A Trump campaign source said: “The CTCL, an organization founded and run by Democrat power brokers, received $350million of Zuckerberg’s money — the vast majority of which was handed out to election officials in counties that voted overwhelmingly for Hillary Clinton in 2016.”

The source went on: “Documents obtained through court order reveal that the CTCL grants came with significant strings attached, dictating the number of polling places (at least 800 in Philadelphia) and ballot drop boxes in a given jurisdiction.

“This usurped the authority of state legislatures to determine the manner in which elections are conducted and massively inflated Democrat turnout.” 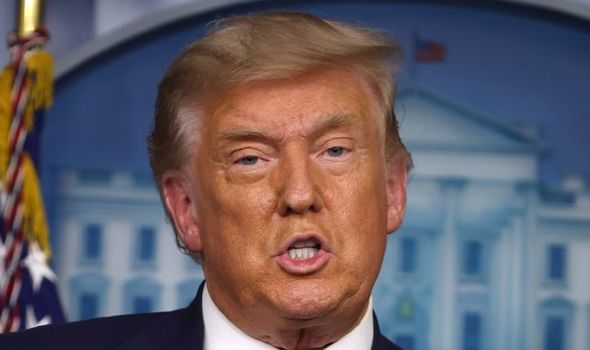 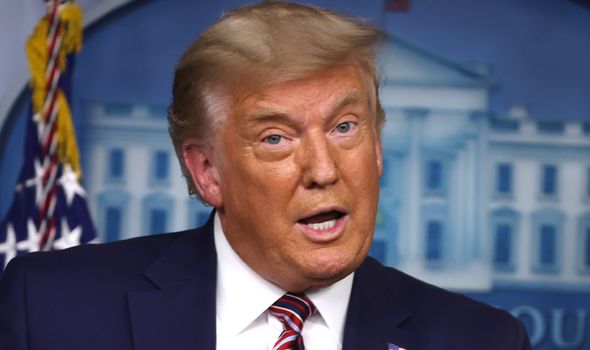 It claims that legal president set by the Supreme Court’s ruling on the Bush v. Gore election ruling in 2000, makes this a “direct violation of the US Constitution when a state election official changes a law enacted by the state legislature for the purpose of administering elections.”

The briefing documents note: “According to the CTCL’s own website, these funds were primarily spent on poll workers, ‘temporary staffing,’ and ‘mail/absentee equipment/supplies.’ They released this information only after we had exposed them in court and news stories about their activities started to circulate.

“Zuckerberg’s money literally paid the salaries of election workers who proceeded to lock Republican observers out of the ballot-counting rooms and then blocked off the windows to make sure nobody could view the process.”

It also claims that Philadelphia officials, who requested and received $10 million in Zuckerberg money from CTCL, predicted that the money would allow them to increase turnout in the city by 25-30 per cent — a difference of about 200,000 voters representing a 170,000 vote swing in favour of Joe Biden.

The legal challenges have also linked the CTCL work to a campaign book drawn up by former Obama campaign manager David Plouffewhere he predicted that the 2020 presidential election would come down to a “street fight” involving “block -by block” efforts to turn out voters in key Democratic strongholds such as Philadelphia, Milwaukee, and Detroit.

Fraud allegations have been denied by the Democrats and states concerned.

The Sunday Express asked for a response from Mr Zuckerberg and CTCL but received no reply.