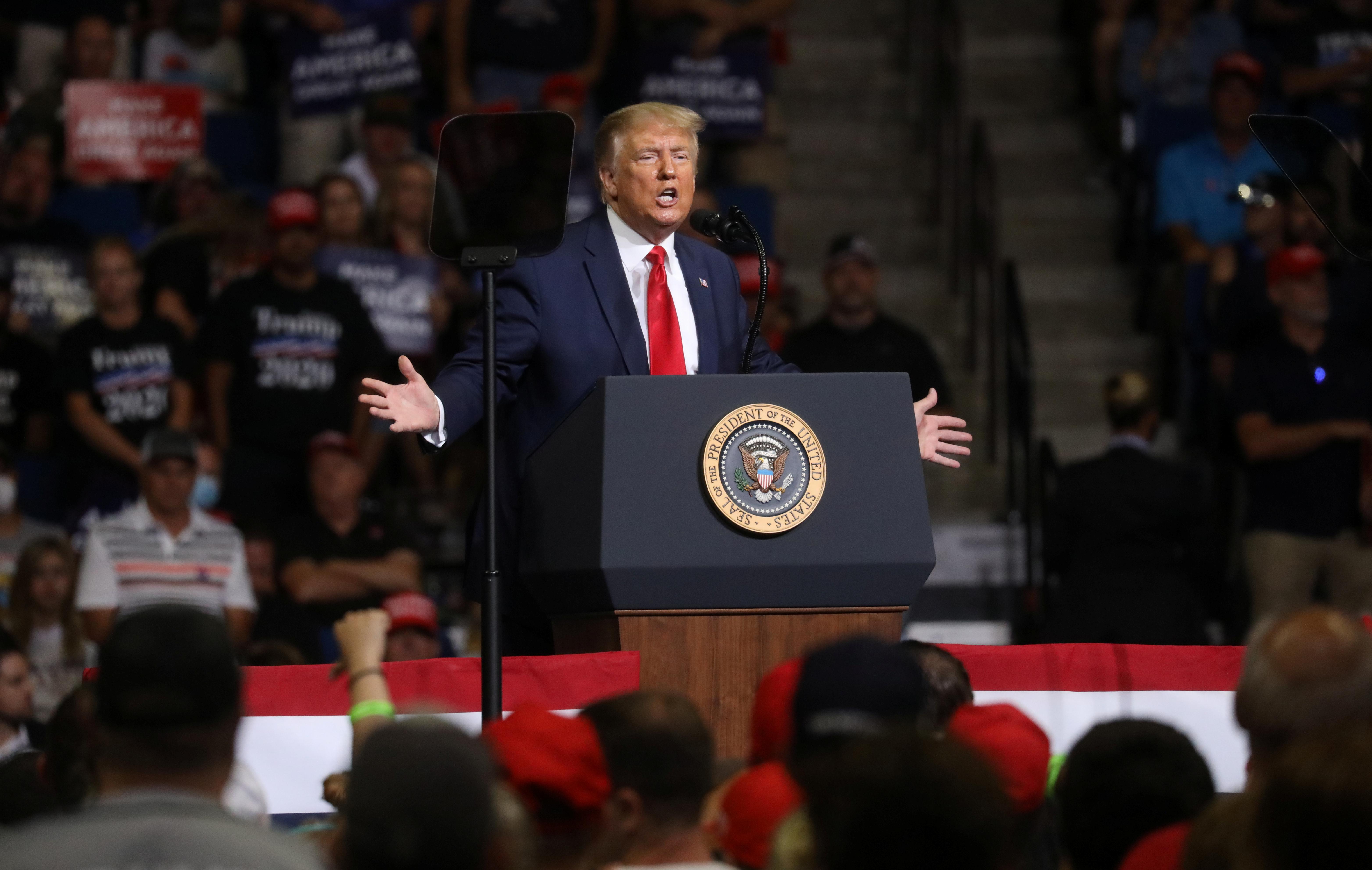 WASHINGTON (Reuters) – President Donald Trump said in an interview published on Sunday that he would consider meeting Venezuelan President Nicolas Maduro and played down his earlier decision to recognize opposition leader Juan Guaido as the country’s legitimate leader.

“I would maybe think about that. … Maduro would like to meet. And I’m never opposed to meetings,” Trump told online news site Axios on Friday, a move that would upend his “maximum pressure” campaign aimed at ousting the Socialist president.

“But at this moment, I’ve turned them down,” Trump added.

Trump had expressed an openness in 2018 to meeting Maduro, who had also made overtures for talks, but nothing materialized and the United States instead ratcheted up the pressure.

But Trump’s latest comments were possibly the clearest sign yet of what some U.S. officials have privately said was growing frustration over his administration’s failure to unseat Maduro through sanctions and diplomacy.

Trump also indicated flagging confidence in Guaido. The United States and most other Western countries have recognized Guaido as the OPEC nation’s interim president since January last year, regarding Maduro’s 2018 re-election as a sham.

But Maduro has retained the support of the military as well as the backing of Russia, Cuba, China and Iran.

Asked whether he regretted having thrown his weight behind Guaido, Trump was quoted by Axios as initially saying: “Not particularly,” but then went on to say: “I could have lived with it or without it, but I was very firmly against what’s going on in Venezuela.”

Trump said that at the point he made his decision, “I think that I wasn’t necessarily in favor, but I said — some people that liked it, some people didn’t. I was OK with it. … I don’t think it was very meaningful one way or the other.”