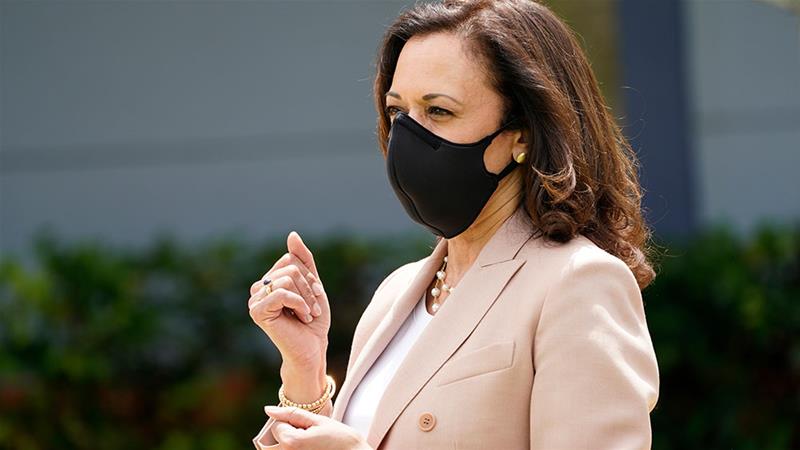 Donald Trump barely mentioned Tim Kaine when he was the Democratic vice presidential nominee in 2016. But four years later, the president has plenty to say about Kamala Harris.

Trump said this week that “nobody likes” Harris, feeding into a standard of likability that is applied to women in leadership far more often than men.

He told voters in North Carolina it would be “an insult to our country” if Harris became the first female president.

And Trump and his allies repeatedly mispronounce Harris’s first name, a pattern her supporters said amounts to a deliberate effort to portray the daughter of immigrants as someone who does not belong at the top ranks of politics.

Trump is focusing on Harris as he has struggled to land on a consistent, coherent attack against Biden, who has built a reputation as a bipartisan deal-maker rather than a progressive ideologue. The racism and sexism underlying Trump’s critique of the first Black woman and person of Asian descent on a major party ticket are part of an aggressive strategy to appeal to white suburban voters. 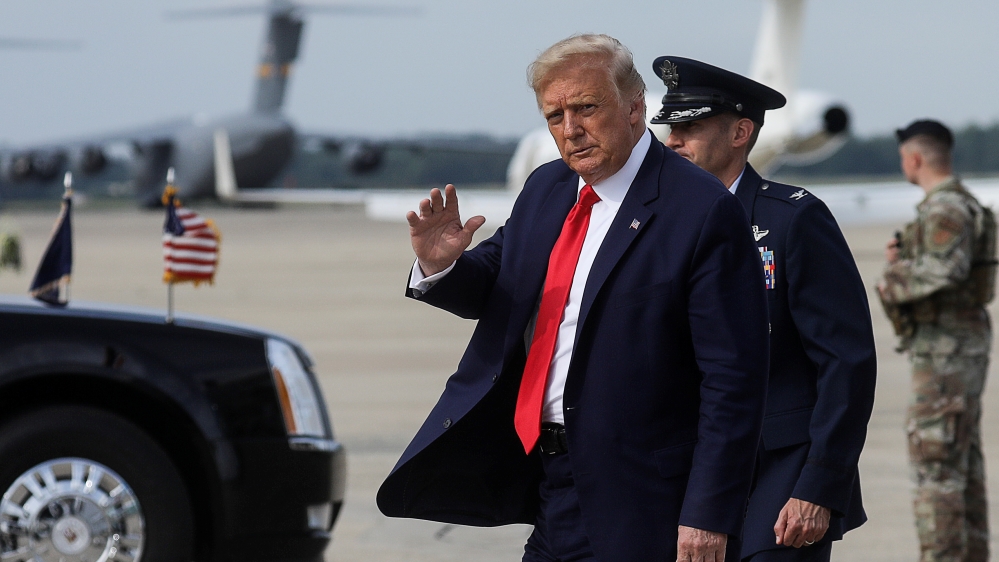 “It’s hard to see that as not somehow tied to what you view as ‘our country’,” said Kelly Dittmar, director of research and a scholar at the Center for American Women and Politics at the Eagleton Institute of Politics.

For her part, Harris has been sharp in her criticism of Trump, but has largely limited her comments to the president’s job performance. Campaigning in Miami on Thursday, she called Trump “reckless” for downplaying the potential toll of the coronavirus while privately describing it as “deadly stuff”.

Tim Murtaugh, communications director for the Trump campaign, made clear that Biden, not Harris, would remain their main focus. But he leaned into the argument that Harris was one of the radical forces now steering the nominee.

The strategy could be risky for Trump.

Black voters already overwhelmingly support Biden and sustained criticism of Harris could raise their enthusiasm to show up in November, potentially swaying the election in states such as North Carolina, Florida, Pennsylvania and Michigan. A Harris spokeswoman declined to comment on Trump’s latest attacks.

It is unusual for an incumbent president to attack their opponent’s running mate. Doing so would typically be seen as punching down.

More fundamentally, the effort to characterise Harris as a radical liberal does not fit her record.

Harris has never been embraced by some elements of the progressive left due to her background as a California prosecutor and attorney general. When she joined the ticket in August, Republicans called her both an overzealous prosecutor trying to hide her crime-fighting past and someone who was soft on crime.

Like Biden, Harris has staked out relatively moderate stances during the course of her career on issues such as healthcare and law enforcement.

She co-sponsored Senator Bernie Sanders’ Medicare for All proposal in the Senate, which the Trump campaign points to as evidence of her liberal voting record, but moderated her stance during her own presidential bid.

And without a clear message, Trump has reverted to his usual playbook, resorting to sexist and racist attacks.

“You know who’s further left than Crazy Bernie? Kamala. Kamala. Kamala,” Trump said, mispronouncing and stretching out each syllable of her name each time he said it in North Carolina.

The repeated mispronunciation of Harris’s first name, which several Trump allies have mimicked, seemed deliberately racist and akin to the president’s habit of referring to his predecessor as “Barack Hussein Obama” and recalling Trump’s false claim that Obama was ineligible to serve office.

Trump has long relied on similar smears against female foes, particularly women of colour, demeaning them, questioning their patriotism or calling them “nasty” or “angry.”

In an excerpt released Wednesday from Bob Woodward’s new book, Rage, while reviewing coverage of his State of the Union address, pointed to calm or otherwise expressionless shots of Harris and Representative Alexandria Ocasio-Cortez during his speech, reportedly exclaiming, “Hate! See the hate! See the hate!”

Though Harris is not at the top of the ticket, running mates can help shape how voters perceive the presidential candidate, said Christopher Devine, an assistant professor of political science at the University of Dayton, who has written a book on presidential running mates.

By elevating and trying to define Harris, the Trump campaign is trying to change how voters view Biden, Devine said.

“So they’ve been making this argument that he’s going to be a Trojan horse, a vehicle for elements of the far left to take over and so, they’re trying to fit Kamala Harris into this slot.”