WASHINGTON (Reuters) – U.S. President Donald Trump said on Wednesday his administration will use a health-focused statute to swiftly remove migrants or asylum seekers who cross the U.S.-Mexico border illegally as part of efforts to stem the spread of the coronavirus. 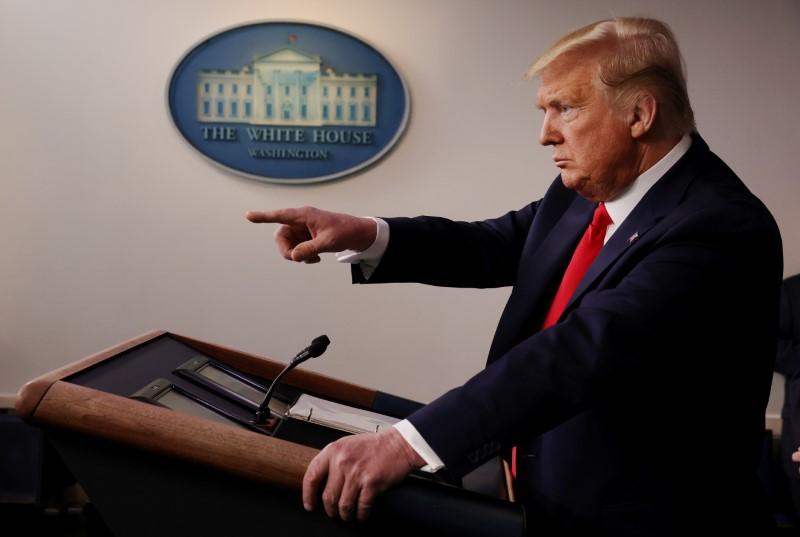 During a White House news conference, Trump confirmed he would invoke a statute allowing the surgeon general, the United States’ top public health official, to block people or goods from certain countries or places to prevent the spread of communicable diseases.

Trump said the move could happen as soon as Wednesday, but that his administration did not plan to fully close the border with Mexico.

“We’re not going to close it, but we are invoking a certain provision that will allow us great latitude as to what we do,” he said.

Reuters reported on Tuesday that Trump administration officials were considering a plan to immediately return all migrants caught at the southwestern border with Mexico, but such a move could provoke court challenges and may require cooperation from the Mexican government.

Trump did not provide details regarding the plan. The White House did not immediately respond to a request for comment.

The Trump administration has sought to escalate its response to the coronavirus in recent weeks as the disease has spread across the United States. Trump and Canadian Prime Minister Justin Trudeau said on Wednesday their countries would close their border to “non-essential traffic.”

The Mexican foreign ministry did not immediately respond to a request for comment.

The U.S. Border Patrol said it arrested approximately 30,000 migrants attempting to cross the U.S.-Mexico border in February, a slight uptick from the previous month.

Experts grappled with how the Trump administration might use the health-related statute to push migrants crossing illegally and asylum seekers back to Mexico.

The statute cited by Trump on Wednesday states that people can be denied entry to the United States for public health reasons, but doesn’t differentiate between legal and illegal immigration.

In addition, the statute doesn’t explain how U.S. authorities should deal with migrants requesting asylum, according to Theresa Cardinal Brown, director of immigration and cross-border policy at the Washington-based Bipartisan Policy Center.

“It doesn’t necessarily overturn an application for asylum,” she said.