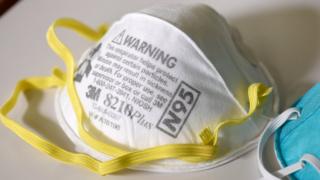 A major US mask manufacturer, 3M, says the government has asked it to stop exporting US-made N95 respirator masks to Canada and Latin America.

The request had “significant humanitarian implications”, it warned, and could prompt other countries to act in kind.

On Thursday, the US invoked the Korean War-era Defence Production Act to demand that 3M provide more masks.

President Donald Trump said he had used the Defence Production Act to “hit 3M hard”, without providing additional details. The law dates back to 1950 and allows a president to force companies to make products for national defence.

In a statement on Friday, 3M said the government had invoked the act “to require 3M to prioritise orders from the Federal Emergency Management Agency (Fema) for our N95 respirators”, and had also requested that 3M import more respirators made in its overseas factories into the US. It said it supported both moves.

However, 3M added that the government also requested that it stop exporting respirators made in the US to Canada and Latin America.

“There are significant humanitarian implications of ceasing respirator supplies to healthcare workers in Canada and Latin America, where we are a critical supplier of respirators,” it said.

3M added that such a move “would likely cause other countries to retaliate and do the same”, which would lead to the overall number of respirators being made available to the US decreasing.

The company says it manufactures about 100 million N95 masks per month – about a third are made in the US, and the rest produced overseas.

The Trump administration has not provided details on its communications with 3M. On Thursday night, Mr Trump tweeted: “We hit 3M hard today after seeing what they were doing with their masks… Big surprise to many in government as to what they were doing – will have a big price to pay!”

Meanwhile, White House trade adviser Peter Navarro said on Thursday: “We’ve had issues making sure that all of the production that 3M does around the world, enough of it is coming back here.” 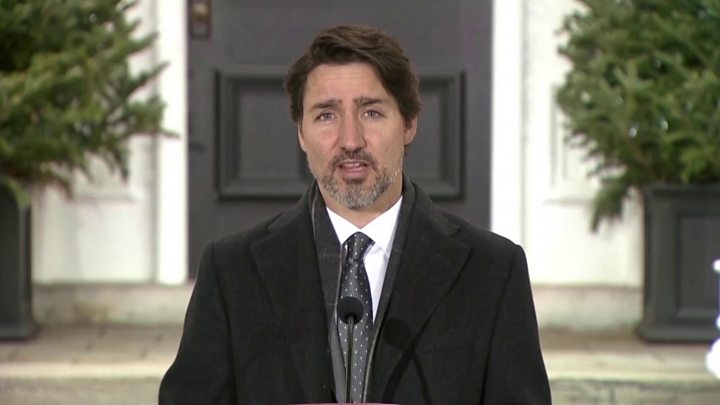 Canada does not manufacture any N95 masks domestically, and Prime Minister Justin Trudeau told reporters on Friday that “it would be a mistake to create blockages or reduce trade”.

“There are thousands of nurses in Windsor who work in Detroit every single day, and Americans depend on them. There are medical products and other essential goods that move across the border in both directions… these are things Americans rely on.”