The front lines of the Libyan conflict have shifted in recent weeks after Ankara increased military support to the GNA. 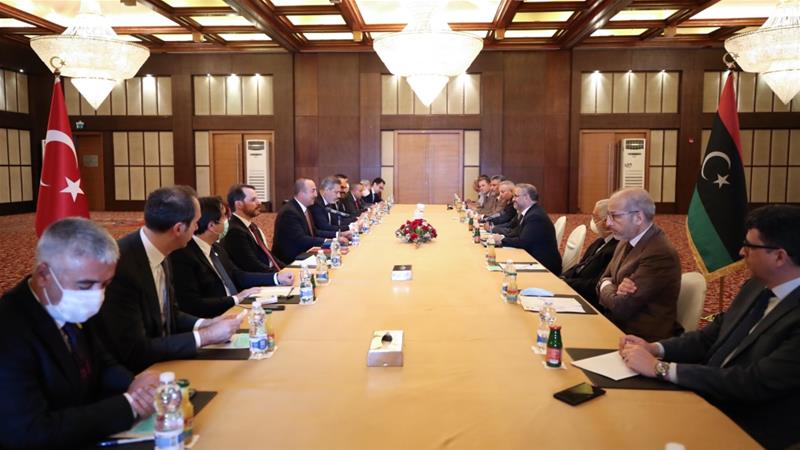 During the visit, the Turkish officials discussed the “latest developments in the crisis” in Libya and the “international efforts to resolve it” with Fayez al-Sarraj, head of the UN-brokered Government of National Accord (GNA), according to a GNA statement.

The meeting also covered the “monitoring of the implementation of the military and security memorandum of understanding” concluded in November 2019 between Tripoli and Ankara, the statement added.

It was under this controversial agreement that Ankara had reinforced its military support of the GNA, tilting the balance against in a conflict against forces aligned with the renegade military commander Khalifa Haftar, who is supported by Russia, Egypt and the United Arab Emirates.

Libya has been in chaos since the 2011 NATO-backed uprising that toppled Muammar Gaddafi and has been split since 2014 between rival administrations in Tripoli and the eastern city of Benghazi. 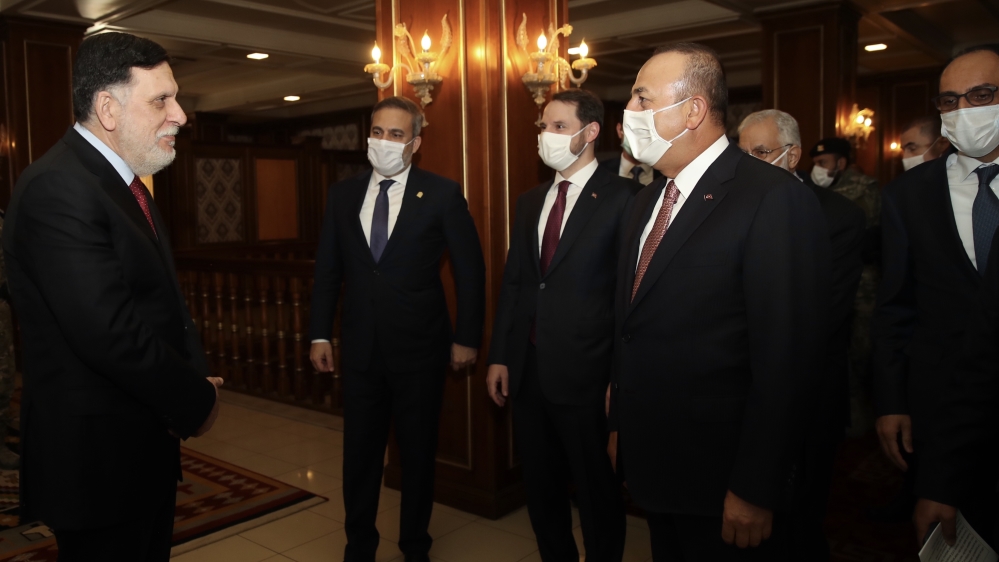 Ankara’s increase in military support led to a shift in the conflict’s front lines in recent weeks, as pro-GNA forces pushed back Haftar’s forces, which include his self-styled Libyan National Army (LNA) and other allied militias, from most of northwest Libya towards the central coastal city of Sirte.

The GNA and the LNA have returned to ceasefire talks, but the UN, which is brokering the discussions, has warned of a possible major escalation due to the flow of weapons and fighters into Libya despite an arms embargo.

The LNA controls eastern Libya and much of the south, where some of the main oilfields, the source of most of the North African country’s external revenue, are located.

However, the National Oil Corporation (NOC) and Central Bank, the only bodies allowed to sell Libyan oil according to international agreements, are located in Tripoli and controlled by the GNA.

Oil exports have been frozen for most of this year after eastern-based forces blockaded the ports, including the main ones near Sirte.

Last week, the NOC briefly restarted production at two of the main oilfields, but was forced to close them again after a few hours.