The rockets were launched after a Hamas ultimatum passed for Israel to withdraw forces from flashpoints in the city. One hit a house but there were no casualties. Hamas is demanding the release of all detained Palestinians, the removal of Jewish settlers from an East Jerusalem neighbourhood, and the withdrawal of police from Al Aqsa mosque.

Earlier, hundreds of Palestinians were hurt in clashes with Israeli police at Haram al-Sharif compound, the site of the mosque. Officers fired tear gas and stun grenades. In the chaos one man was injured in a road crash.

The compound is Islam’s third-holiest site and considered Judaism’s holiest. A planned march by Israeli nationalists was called off over fears of further unrest. 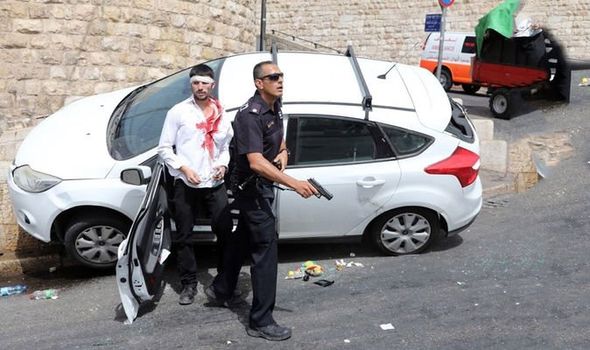 There have also been protests at Israeli action in neighbouring Jordan’s capital, Amman.