MADRID/LONDON (Reuters) – U.S. coronavirus deaths set a single-day record on Tuesday, a grim milestone as the country debated how to reopen its economy and as Spain and Austria allowed partial returns to work but the UK, France and India extended lockdowns.

The World Health Organization (WHO) warned that infections had “certainly” not yet peaked.

Nearly 2 million people globally have been infected and more than 124,000 have died in the most serious pandemic in a century, according to a Reuters tally. The epicentre has shifted from China, where the virus emerged in December, to the United States, which has now recorded the most deaths.

World leaders, in considering easing curbs, have to balance risks to health and to the economy as the lockdowns have strangled supply lines, especially in China, and brought economic activity to a virtual halt.

President Donald Trump, who has declared he will decide when to lift lockdowns, suggested some Democratic state governors were “mutineers” after New York Governor Andrew Cuomo said he would refuse any order that risked reigniting the outbreak.

Trump also said he was halting U.S. funding to the WHO, which he criticized for not sharing information in a timely manner to prevent the outbreak.

The White House said Trump would hold a video teleconference with leaders from the Group of Seven nations on Thursday to coordinate responses.

The global economy is expected to shrink by 3% this year, the International Monetary Fund said, marking the steepest downturn since the Great Depression.

The WHO said the number of new cases was tailing off in some parts of Europe, including Italy and Spain, but outbreaks were growing in Britain and Turkey.

“The overall world outbreak – 90% of cases are coming from Europe and the United States of America. So we are certainly not seeing the peak yet,” WHO spokeswoman Margaret Harris told a briefing in Geneva.

But world stocks gained after Chinese trade data came in better than expected and as some countries partly lifted restrictions.

Some Spanish businesses, including construction and manufacturing, were allowed to resume. Shops, bars and public spaces are to stay closed until at least April 26.

Spain was flattening the curve on the graph representing the rate of growth of the outbreak, Health Minister Salvador Illa said on Tuesday. The overnight death toll from the coronavirus rose to 567 on Tuesday from 517 a day earlier, but the country reported its lowest increase in new cases since March 18. Total deaths climbed to 18,056.

Some Spanish workers expressed concern that the relaxation of restrictions could trigger a new surge of infections. But for Roberto Aguayo, a 50-year-old Barcelona construction worker, the restart came just in time. 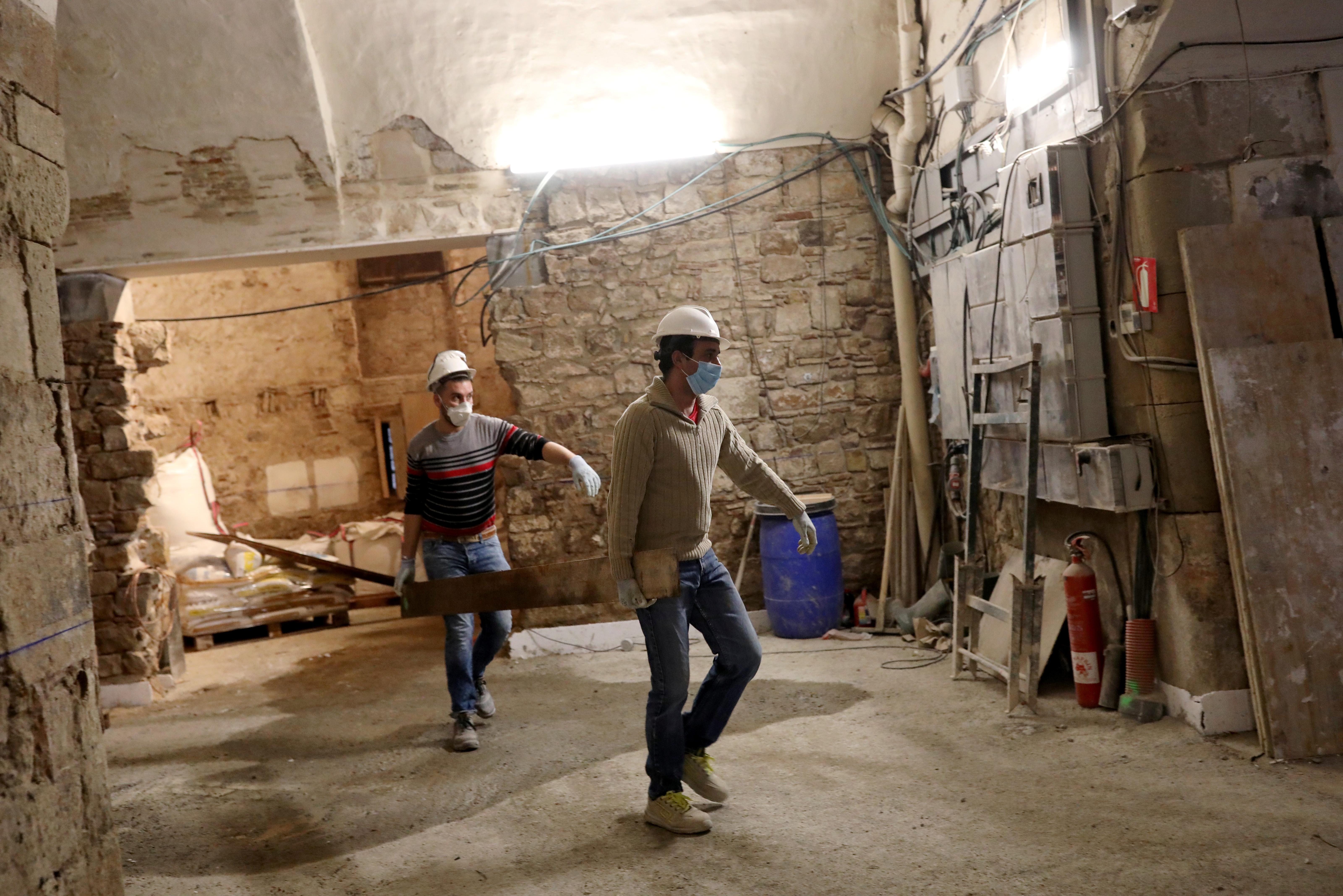 “We really needed it. Just when we were going to run out of food, we returned to work,” he told Reuters.

Italy, which has the world’s second-highest death toll at 21,067, maintained some tight restrictions on movement, while Denmark, one of the first European countries to shut down, will reopen daycare centres and schools for children in first to fifth grades on Wednesday.

The Czech government will gradually reopen stores and restaurants from next Monday, although people will continue to be required to wear masks.

Thousands of shops across Austria reopened on Tuesday, but the government cautioned that the country was “not out of the woods”.

Austria acted early to shut schools, bars, theatres, restaurants, non-essential shops and other gathering places about four weeks ago. It has told the public to stay home.

The Alpine republic has reported 384 deaths in total, fewer than some larger European countries have been suffering each day. Hospitalisations have stabilised.

Britain, where the government has come under criticism for its slow approach to testing and for not getting protective equipment to the frontlines of health care, has the fifth-highest death toll globally.

The toll in British hospitals rose to 12,107 as of Monday but is expected to be much higher when deaths in the community are included. Foreign Secretary Dominic Raab has said there would be no easing of lockdown measures when they come up for review this week.

The Times newspaper said on Tuesday that Raab, deputising for Prime Minister Boris Johnson, who is recuperating from a COVID-19 infection, would extend the curbs until at least May 7.

In France, President Emmanuel Macron on Monday extended a virtual lockdown to May 11.

India, the world’s second-most populous country after China, extended its nationwide lockdown until May 3 as the number of coronavirus cases crossed 10,000. Neighbours Pakistan and Nepal also extended their curbs.

Russia might need to call in the army to help tackle the crisis, President Vladimir Putin said on Monday. Moscow warned the capital might run out of hospital beds in coming weeks.

Health ministers from the Group of 20 major economies will speak by videoconference on Sunday to address the outbreak’s impact.

(Open tmsnrt.rs/3aIRuz7 in a separate browser for an interactive graphic to track the global spread.)