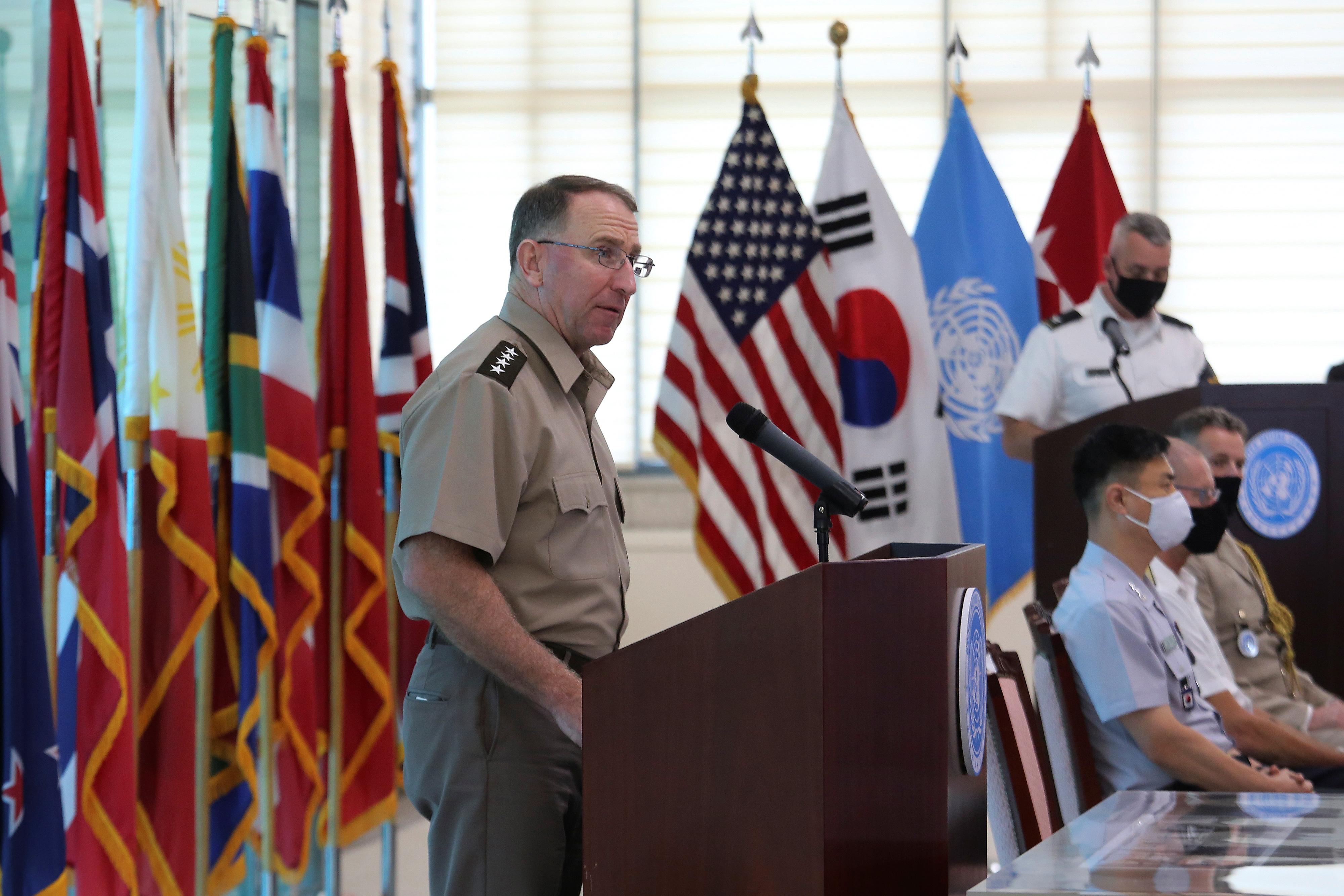 WASHINGTON (Reuters) – The head of U.S. forces in South Korea said on Thursday that he was not seeing indications that North Korea was looking at “lashing out” ahead of an expected military parade, as Pyongyang is internally focused on dealing with typhoon damage and the coronavirus.

“There’s people suggesting that perhaps there will be a rollout of a new weapon system. Maybe, but we’re not seeing any indications right now of any sort of lashing out,” General Robert Abrams said during an event.

Satellite imagery of a North Korean shipyard shows activity suggestive of preparations for a test of a medium-range submarine-launched ballistic missile, a U.S. think tank said on Friday.

The Center for Strategic and International Studies said the images it published on its website of North Korea’s Sinpo shipyard showed several vessels within a secure boat basin, one of which resembled vessels previously used to tow a submersible test stand barge out to sea.

News of the activity at Sinpo comes amid signs that North Korea may be preparing for a major military parade in October, which some analysts believe could be used to show off new missiles as the country has done at such events in the past.

President Donald Trump is seeking re-election in November and a North Korean missile test before that would highlight the lack of progress despite Trump’s unprecedented meetings with North Korean leader Kim Jong Un.

Earlier on Thursday, Trump, without providing any context, wrote on Twitter: “Kim Jong Un is in good health. Never underestimate him!”

Trump’s tweet came a day after the release of excerpts of letters between Kim and Trump in a new book by Washington Post associate editor Bob Woodward, in which the North Korea’s leader addresses the U.S. leader as “excellency” and two exchanged other expressions of flattery.