GENEVA (Reuters) – The World Health Organization said on Monday an independent review of the global coronavirus response would begin as soon as possible and it received backing and a hefty pledge of funds from China, in the spotlight as the origin of the pandemic.

But the WHO’s chief critic, the U.S. administration of President Donald Trump, decried an “apparent attempt to conceal this outbreak by at least one member state”.

Trump said later in Washington that the WHO, which he called a “puppet of China”, had “done a very sad job” in its handling of the coronavirus and he would make a decision about U.S. funding to the body soon.

Trump has already suspended U.S. funding for the WHO after accusing it of being too China-centric, and at the same time led international criticism of Beijing’s perceived lack of transparency in the early stages of the crisis.

Health Secretary Alex Azar did not mention China by name, but made clear Washington considered the WHO jointly responsible.

“We must be frank about one of the primary reasons this outbreak spun out of control,” he said. “There was a failure by this organization to obtain the information that the world needed, and that failure cost many lives.”

Speaking after Azar, Chinese Health Minister Ma Xiaowei said Beijing had been timely and open in announcing the outbreak and sharing the virus’s full gene sequence, and urged countries to “oppose rumours, stigmatisation and discrimination”.

Chinese President Xi Jinping pledged $2 billion over the next two years to help deal with COVID-19, especially in developing countries.

The amount almost matches the WHO’s entire annual programme budget for last year, and more than compensates for Trump’s freeze of U.S. payments worth about $400 million a year.

But White House National Security Council spokesman John Ullyot called it “a token to distract from calls from a growing number of nations demanding accountability for the Chinese government’s failure to … warn the world of what was coming”.

WHO Director-General Tedros Adhanom Ghebreyesus said the U.N. body had “sounded the alarm early, and we sounded it often”.

When it declared a global emergency on Jan. 30, there were fewer than 100 cases outside China, and no deaths, he said.

He was addressing a virtual meeting of the WHO’s decision-making body, the World Health Assembly, at which Xi said China had acted with “openness and transparency and responsibility”.

Tedros, who has always promised a review, told the forum it would come “at the earliest appropriate moment” and make recommendations for the future. He received robust backing from the WHO’s independent oversight panel. 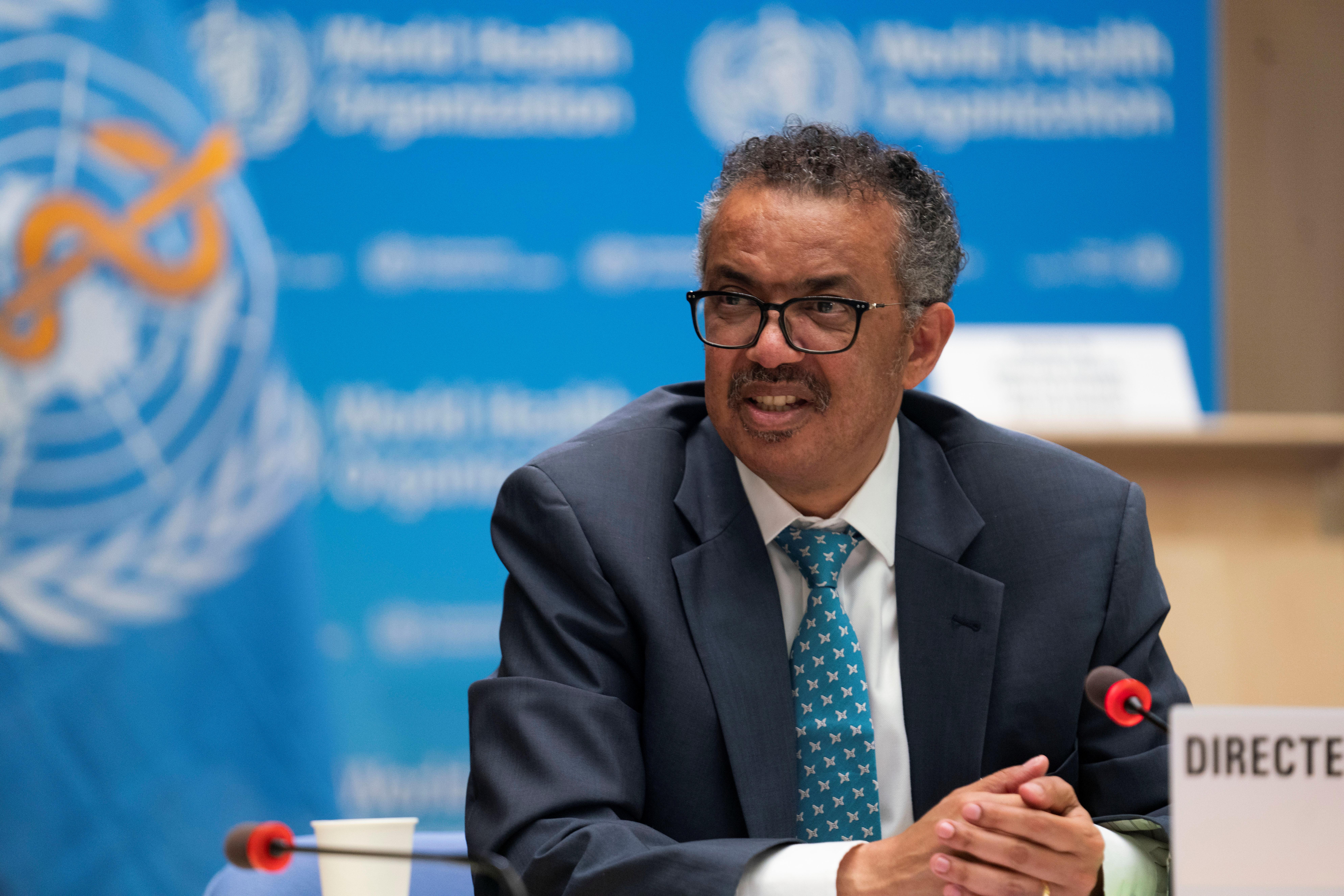 “Every country and every organisation must examine its response and learn from its experience,” he said, adding that the review must cover “all actors in good faith”.

In its first report on the handling of the pandemic, the oversight committee said the WHO had “demonstrated leadership and made important progress in its COVID-19 response”.

The panel endorsed a review but said conducting it now could hamper the WHO’s response to the pandemic.

It also said “an imperfect and evolving understanding” was not unusual when a new disease emerged and, in an apparent rejoinder to Trump, said a “rising politicization of pandemic response” was hindering the effort to defeat the virus.

Azar said the United States supported “an independent review of every aspect of WHO’s response” and that China’s conduct should be “on the table” too.

A resolution drafted by the European Union calling for an independent evaluation of the WHO’s performance appeared to have won consensus backing among the WHO’s 194 states. It was expected to be debated and adopted on Tuesday.

German Health Minister Jens Spahn said the WHO must become “more independent from external interference” and that its role in “leading and coordination” must be strengthened.

China has previously opposed calls for a review of the origin and spread of the coronavirus, but Xi signalled that Beijing would accept an impartial evaluation of the global response, once the pandemic is brought under control. 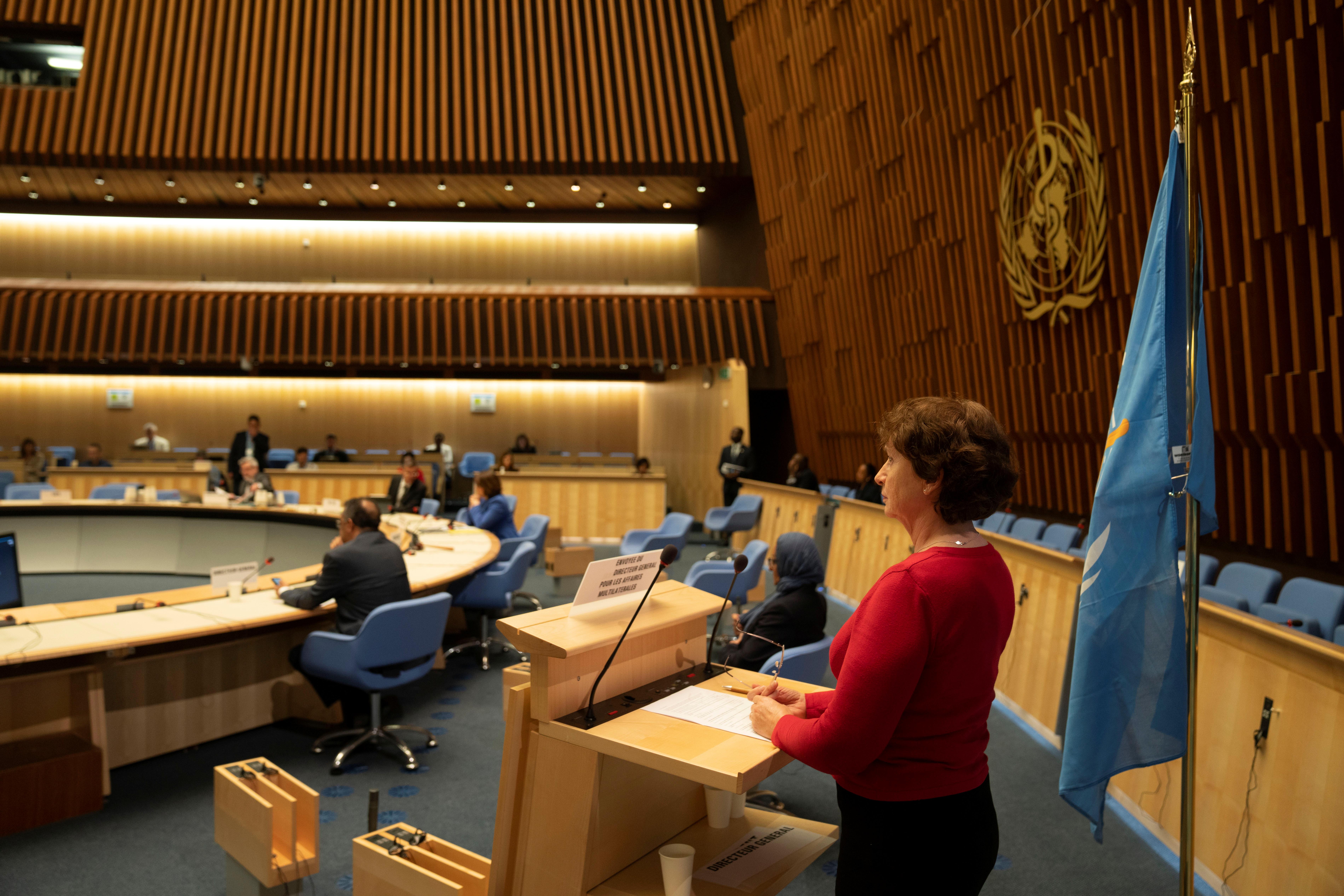 “This work needs a scientific and professional attitude, and needs to be led by the WHO,” he told the meeting via video.

The WHO and most experts say the virus is likely to have emerged in a market selling wildlife in the central city of Wuhan late last year. U.S. Secretary of State Mike Pompeo said this month there was “significant” evidence that it had come from a laboratory in Wuhan, a charge China rejects.

Australian health minister Gregory Hunt said the planned review could look at strengthening the WHO’s mandate and powers of inspection, and also how to protect against “the global threat posed by wildlife and wet markets”.