WASHINGTON (Reuters) – The top U.S. diplomat for East Asia warned on Tuesday that Washington could respond with sanctions against Chinese officials and enterprises involved in coercion in the South China Sea after the United States announced a tougher stance to Beijing’s claims there. 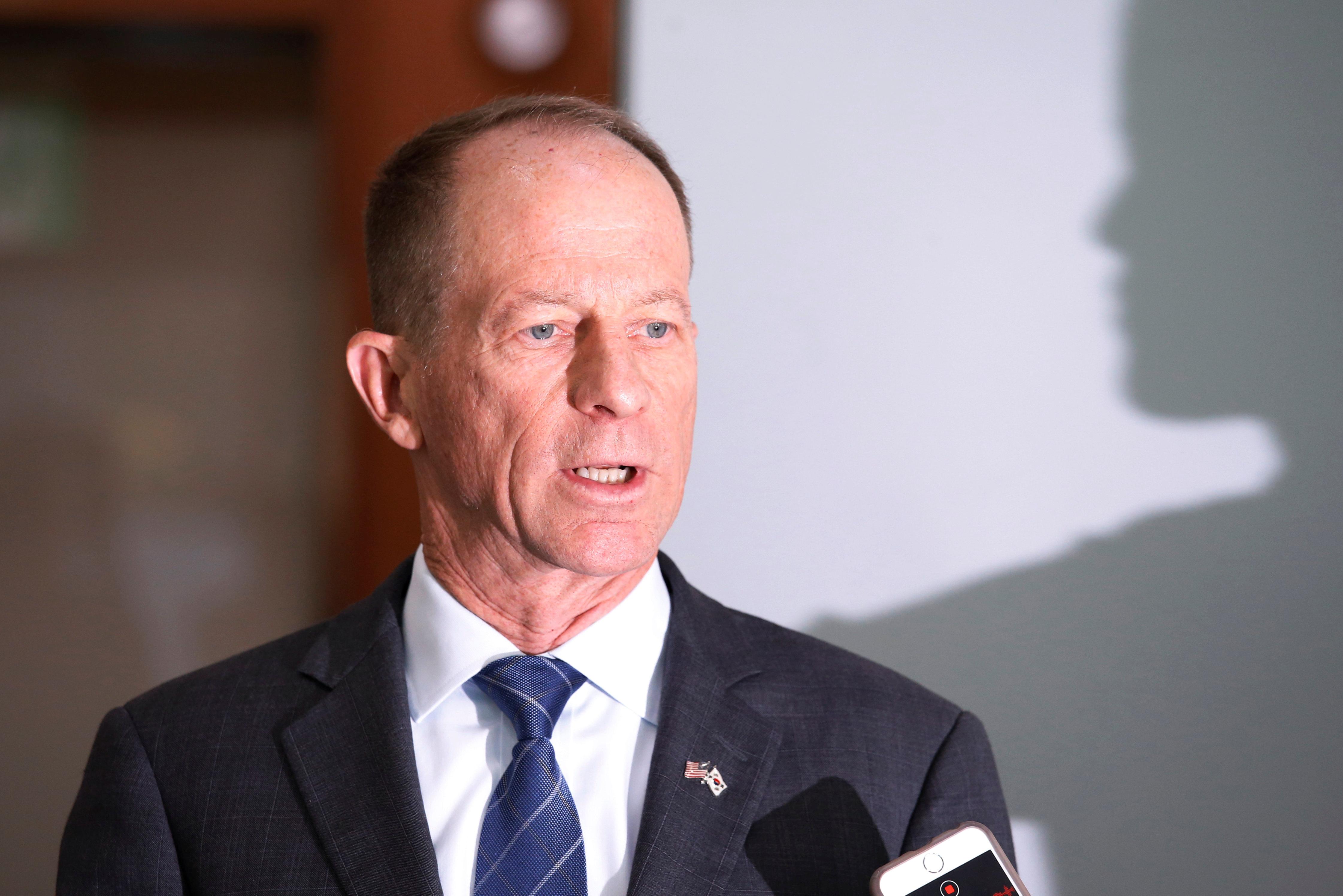 “Nothing is off the table … there is room for that. This is a language the Chinese understand – demonstrative and tangible action,” David Stilwell, the assistant secretary of state for East Asia, told a Washington think tank when asked if sanctions were a possible U.S. response to Chinese actions.

Stilwell spoke a day after Washington rejected China’s claims to offshore resources in most of the South China Sea as “completely unlawful,” a stance denounced by Beijing.

Washington has long opposed China’s expansive territorial claims in the South China Sea and has sent warships regularly through the strategic waterway, through which about $3 trillion of trade passes each year, to demonstrate freedom of navigation.

But Monday’s announcement was the first time it declared Chinese claims illegal.

China claims 90% of the potentially energy-rich sea, but Brunei, Malaysia, the Philippines, Taiwan and Vietnam also claim parts of it. Beijing has built bases on atolls in the region but says its intentions are peaceful.

Greg Poling, a South China Sea expert at Washington’s Center for Strategic and International Studies, said declaring Chinese claims illegal opened the way for a tougher U.S. response, such as through sanctions, and could also lead to more U.S. naval presence operations.

A U.S. Navy destroyer carried out a freedom of navigation operation on Tuesday near the Spratly Islands in the South China Sea, the military said.

“This freedom of navigation operation upheld the rights, freedoms, and lawful uses of the sea recognized in international law by challenging the restrictions on innocent passage imposed by China, Vietnam, and Taiwan,” the Navy said.

Such operations have been increasingly common in recent years.

The U.S.-China relationship has grown increasingly tense recently over various issues, including China’s handling of the novel coronavirus and its tightened grip on Hong Kong.

Stilwell said the tougher U.S. position meant “we are no longer going to say we are neutral on these maritime issues.”

“When a (Chinese) drilling rig plants itself in Vietnamese or Malaysian waters, we’re going to be able to make a positive statement,” he said.

Stilwell had a particular warning over the Scarborough Shoal, a strategic outcrop 200 km (124 miles) from the Philippines claimed by Beijing and Manila that China seized in 2012.

“Any move by (China) to physically occupy, reclaim or militarize Scarborough Shoal would be a dangerous move … and would have lasting and severe consequences for (China’s)relationship with the United States, as well as the entire region,” he said.