KAMPALA (Reuters) – Uganda’s 75-year-old leader, known for his folksy style, released a workout video on Thursday, saying it shows citizens how to exercise in confined spaces as they stay at home during a national lockdown prompted by the new coronavirus. 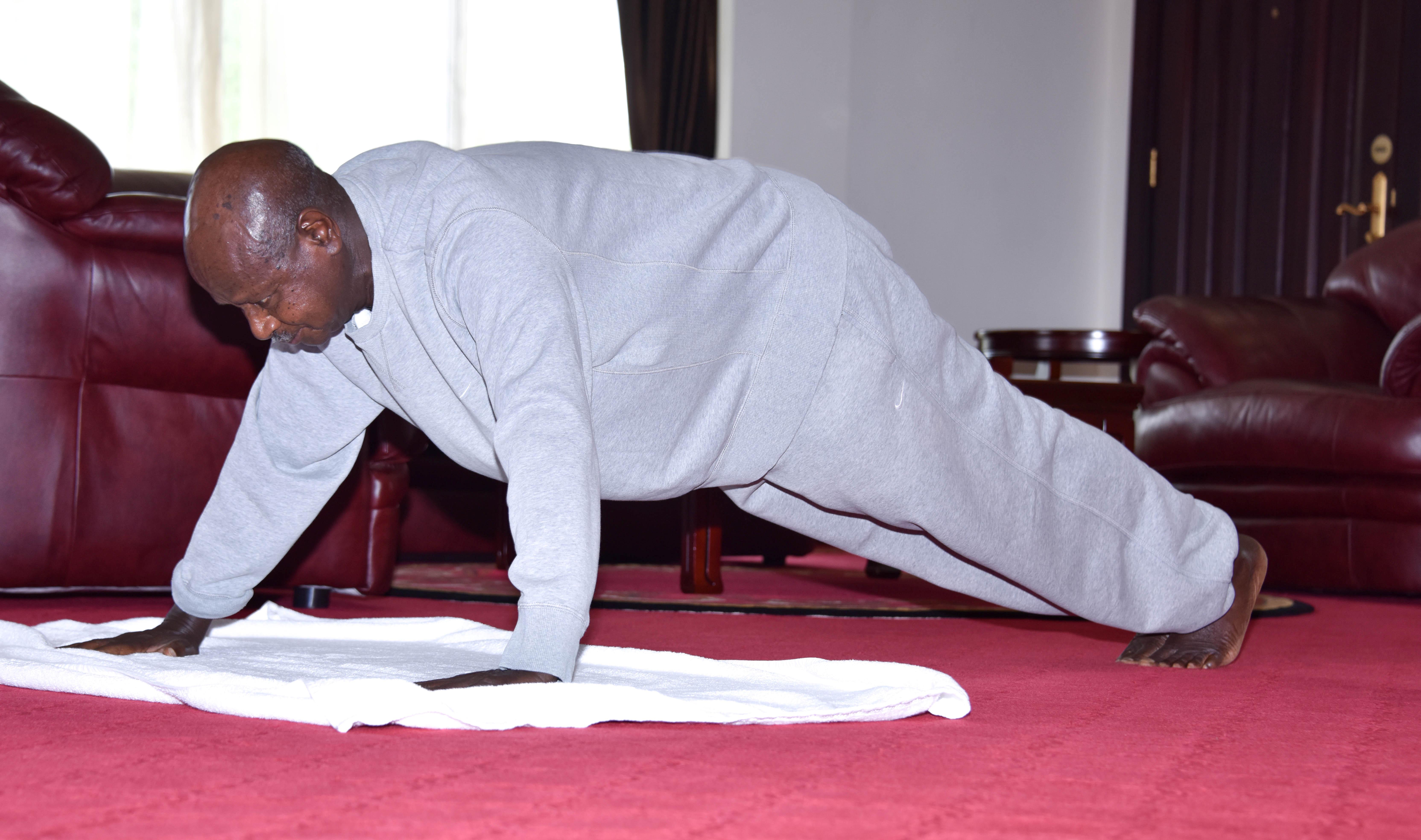 Donning a gray Nike track suit, bald-headed Yoweri Museveni jogged laps on a red carpet in his office, before stretching out to do press-ups on a white towel as flashbulbs popped. Count: 30.

“It’s good to go outside, outdoors when there’s no problem,” the former soldier said at the beginning of the video here “But when there’s need you can go indoors.”

On Wednesday the veteran leader, whose Twitter profile features his signature large-brimmed beige hat, told his followers that too many Ugandans were exercising outside and crowding urban areas.

People jogging in groups and close to one another could expose them to contracting the novel coronavirus, the pathogen that causes COVID-19 disease, he said. Uganda has so far recorded 53 cases of COVID-19 but no deaths.

The oil-rich East African nation has imposed some of the harshest measures in Africa to contain the disease, including a dusk-to-dawn curfew, shuttering all businesses except the most essential and banning all private and public transportation without an official’s permission.

The ban even applies to medical emergencies, and some mothers in labor have died trying to reach hospitals to give birth. [L8N2BV6SO]

Museveni, who has ruled Uganda since 1986, has often sought a personal connection with citizens as anger grows at corruption, nepotism and crumbling public services and police break up opposition rallies.

He often publicly meanders into offbeat tales like the provenance of his long-horned cattle, eliciting bemusement from visiting diplomats.

In 2010, shortly before an election, he released a rap song dubbed “you want another rap,” aimed at younger voters that got plentiful play on radios and in discos.

But he is expected to face a young challenGer with his own public pedigree in next year’s polls: the musician-turned-lawmaker popularly known as Bobi Wine. Last month Wine – known for his politically pointed hits – released a popular reggae track warning about the dangers of coronavirus.