There will be a sunny yet chilly start to the week on Monday with just an isolated shower in the far southwest. A wind chill of 0C will grip many regions on Monday morning, including Newcastle, Liverpool and as far south as Birmingham, according to WXCharts.

Net Weather forecaster Paul Michaelwaite said: “Into Monday, the wind will be noticeably fresher, making it feel even colder down that east coast.

“Like today though, most parts will be sunny. But the southwest is likely to see more in the way of cloud with the potential for the odd isolated shower.

“Temperatures won’t be too dissimilar to Sunday’s values, but that wind will knock the edge off of them just about everywhere, with the east coast feeling more like 4-7C.”

The high pressure that is currently in place in the UK will stay through much of the forthcoming week. 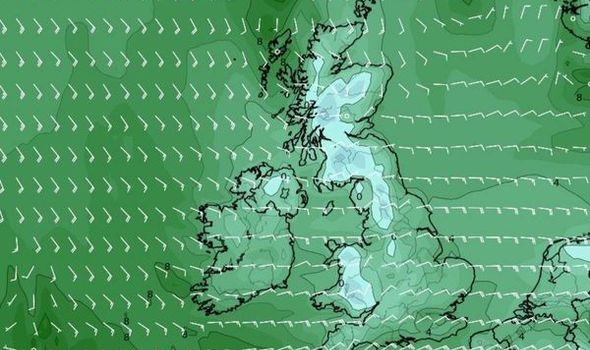 It will be positioned to our northeast for some days, so easterly winds will be commonplace.

These winds should ease later in the week.

Easterly winds will bring the chill to the east coast of the country.

Although clouds coming from the North Sea were very scarce, that will start to change from Tuesday.

From Monday, the wind will make it feel colder in the east coast. 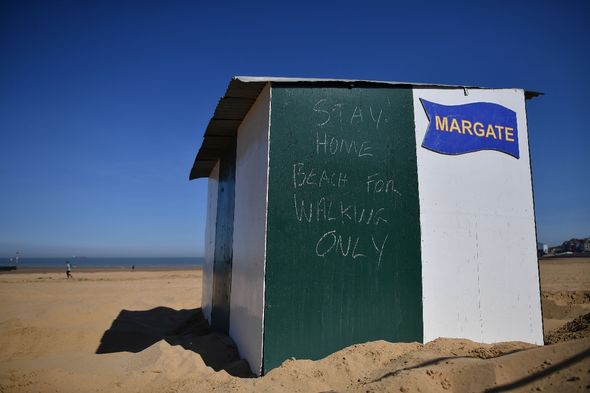 Like on Sunday, most areas will be sunny, but regardless of the weatherhe coronavirus lockdown was extended by another three weeks at the weekend.

This means people should only leave their homes if their trip is necessary.

The southwest will be faced with more cloud with isolated showers brought on by low pressure.

The east coast will feel more like 4-7C as winds are expected to counteract the warmer temperatures. 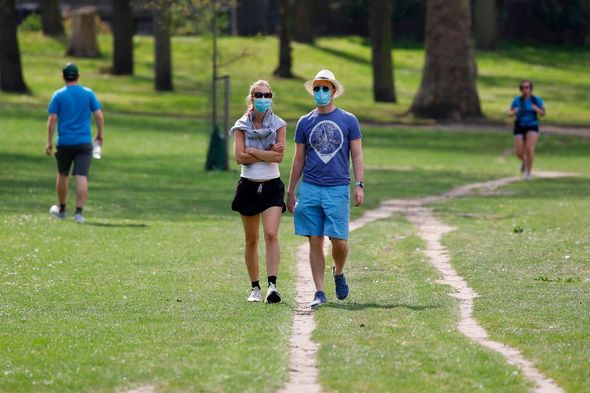 The winds will ease down on Tuesday during the day after another chilly night.

Cloud from the North Sea will start drifting in throughout Tuesday.

Gloomy cloud is likely to cover most of the northern half of the country from Wednesday – especially in eastern and central regions.

It will go after a short while, letting most of the country see plenty of sunshine.

The east coasts of northern England and Scotland will likely experience cloud and mist. 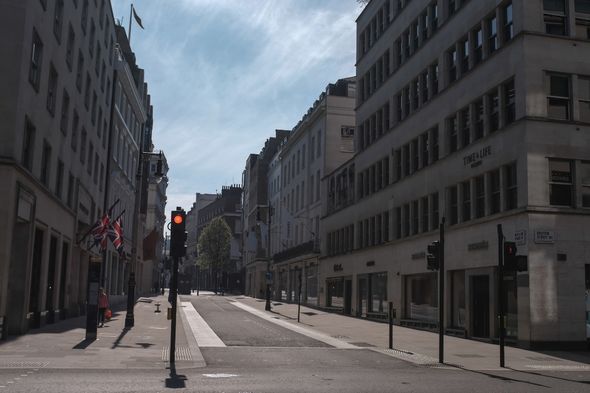 Sunnier regions will have temperatures ranging between the high-teens and low-twenties.

The temperatures are more likely to reach the low-twenties in the western and central regions – around 10C warmer than eastern coastal areas.

Thursday and Friday will see cloudy skies likely to burn off in most regions except in the eastern coastal counties.

Winds will also be lighter by then, with temperatures soaring higher at around 20-21C.

At this point, there might be some showers, and possibly, thunderstorms in the south and the southwest as pressure starts to fall.