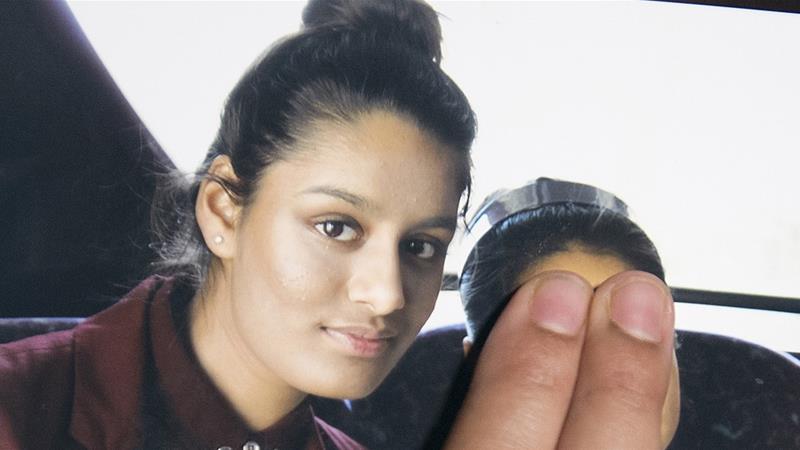 The UK government has won a bid for the Supreme Court to decide if a woman stripped of her citizenship after joining the ISIL (ISIS) armed group in Syria can return to fight the decision.

The home secretary successfully appealed a lower court ruling this month which would have allowed Shamima Begum, 20, to return to the United Kingdom to pursue her appeal.

Begum, who lives in a Syrian refugee camp, lost the first stage of her case about the legality of the government’s decision at the Special Immigration Appeals Commission (SIAC) in February.

However, the tribunal also ruled she could not have a “fair and effective appeal” or play “any meaningful part” in the process, as she was living in a Syrian refugee camp.

Three senior judges at the Court of Appeal upheld the SIAC ruling on July 16, concluding Begum should be allowed to come to the UK for the legal challenge.

They ruled “fairness and justice” outweighed any national security concerns, which “could be addressed and managed if she returns”.

But judge Eleanor King, one of the trio, said at a remote hearing on Friday the country’s highest court should consider a case that raised “points of law of general public importance”.

Begum was 15 when she and two other schoolgirls from Bethnal Green in east London left home to join ISIL on February 17, 2015.

She said she married a Dutch convert soon after arriving in ISIL-held territory. She was found, nine months pregnant, in a Syrian refugee camp in February last year.

Her newborn baby died soon after she gave birth. Two of her other children also died under ISIL rule.

That prompted her to take legal action, arguing the decision was unlawful, made her stateless and exposed her to the risk of death or inhuman and degrading treatment.

British-born Begum is of Bangladeshi heritage. But Bangladesh’s foreign minister has said he would not consider granting her citizenship.