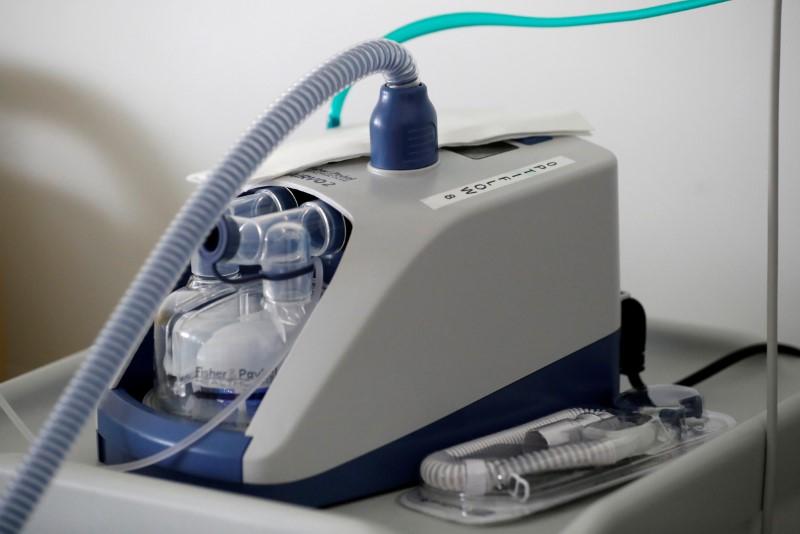 LONDON (Reuters) – Britain currently has about 8,000 ventilators with another 8,000 on order to come into the health system in a week or so, junior health minister Edward Argar said on Thursday.

“That’s 8,000 in and 8,000 being ordered, being manufactured and shipped and they should be coming in stream over the coming week or two and into the future depending on the speed with which we can get them manufactured and installed,” he told BBC TV.

He said other manufacturers had also responded to an urgent appeal to manufacturers to supply the National Health Service with additional ventilators. On Wednesday, vacuum cleaner-maker Dyson, billionaire founder James Dyson said the government had ordered 10,000 units from his company.