Britons will be able to continue enjoying the sunshine as maps have revealed the warm weather is here to stay. Although the weather may become slightly cooler at the start of next week, forecasters predict more than 30C in southeastern part of the nation later in the week.

On Friday, August 7, parts of the UK could see a whopping 32C.

Netweather forecast Terry Scholey said: “By Friday though temperatures should be rising again, with another taste of high summer weather in the offering.”

And according to the Met Office, the heat is not going anywhere for a while.

In its long range forecast from August 6 to August 15, the Met Office very warm weather is on the cards. 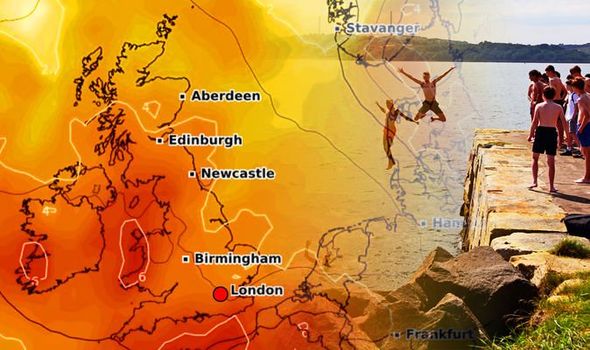 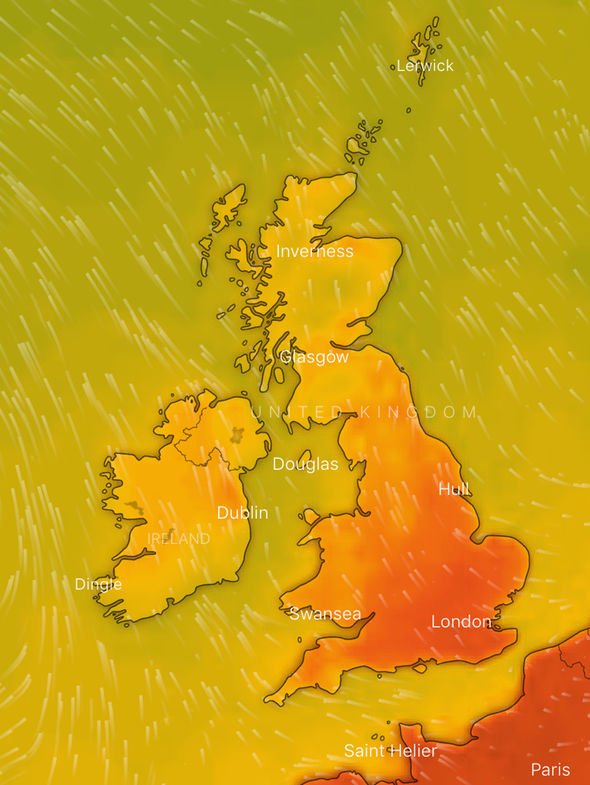 It said: “There are increasing signs that many parts will become drier, brighter and very warm towards the end of next week with the possibility of hot conditions developing again in southeastern areas.

“However, northwestern parts will probably stay more unsettled with further rain at times.

“Somewhat cooler conditions may follow from the west over the weekend, perhaps preceded by showers or thunderstorms.

“For the following week, a fair amount of dry, bright warm weather looks likely for much of the UK with the possibility of some further very warm weather, especially in the southeast. 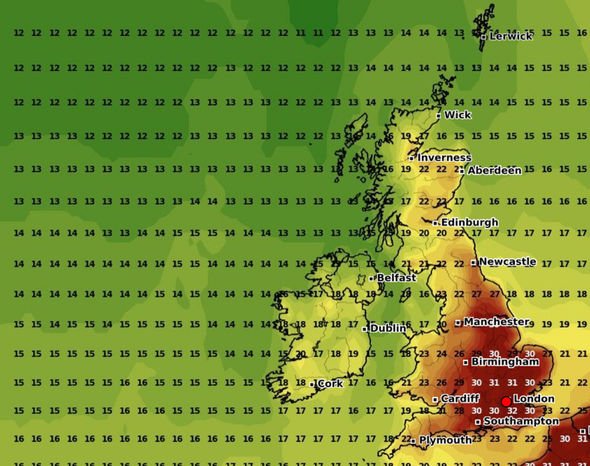 “There may well be more changeable, breezy interludes with some rain or showers, more especially for northwestern areas where temperatures will be generally nearer normal.”

However, from Sunday, August 16, the weather is expected to become wetter and windier.

In its forecast from August 16 to August 30, the forecast said: “This period is likely to see a mixture of dry and settled conditions, interspersed with occasional bouts of wetter and windier weather.

“The majority of the unsettled weather seems more likely to be in the northwest, with the south and southeast seeing the driest conditions.”

However, the Met Office noted temperatures will still be high.

The forecaster added: “Temperatures will probably be around or slightly above the average for this time of year.

“There may be further short lived very warm spells, these more likely across the south or southeast.

“There are some tentative signs that conditions could become more widely dry and settled across the UK towards the end of the month.” 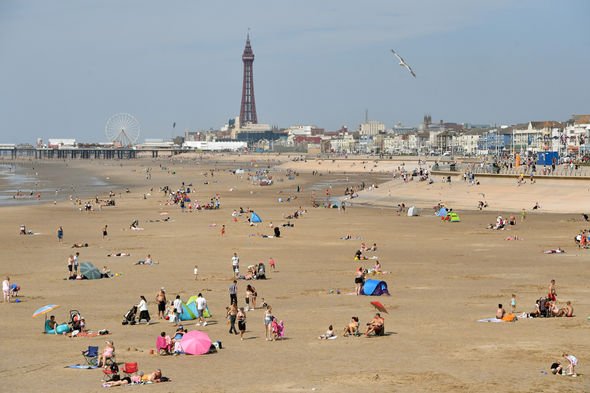 This evening and tonight

Clear spells and becoming mostly dry in the south whilst further showers, heavy at times, affect northern UK. Cooler than the last couple of nights.

Outlook for Monday to Wednesday