Sunbathing weather may arrive at the start of June as hot air from Europe is predicted to head towards southern and eastern areas of England. The latest heat charts from Netweather turn shades of red and orange during a three-day period between June 1 and 3 to pinpoint where the heat will hit. Temperatures could rise to 21C in Kent on Tuesday, June 1, as the maps show the warm air moving upwards from France.

The following day could be even hotter in the south, as London is shown to be hit with 22C and Kent 23C.

London and Kent could then bask in scorching highs 24C on Thursday, June 3, while other southern regions including Essex and Cornwall enjoy 21C.

Further north, Leeds and Sheffield could also be hit with highs of 20C on the same day.

Brian Gaze, a forecaster at Weather Outlook, added “above average temperatures” could sweep over Britain during June. 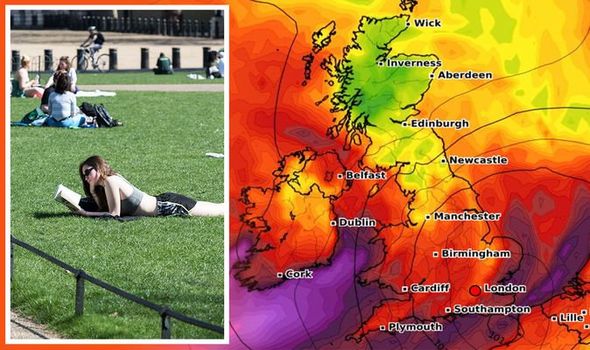 His summer forecast said: “Seasonal models on balance suggest above average temperatures taken over the June, July and August period as a whole.

“There is a signal for below average rainfall.

“At this stage a warmer than average summer is still favoured, but due to cool conditions dominating in recent weeks the confidence in that outcome is lower than it was despite updates from the seasonal models.

“Uncertainty about rainfall levels is high, although the latest updates to the seasonal models have increased the probability of it being drier than the average.” 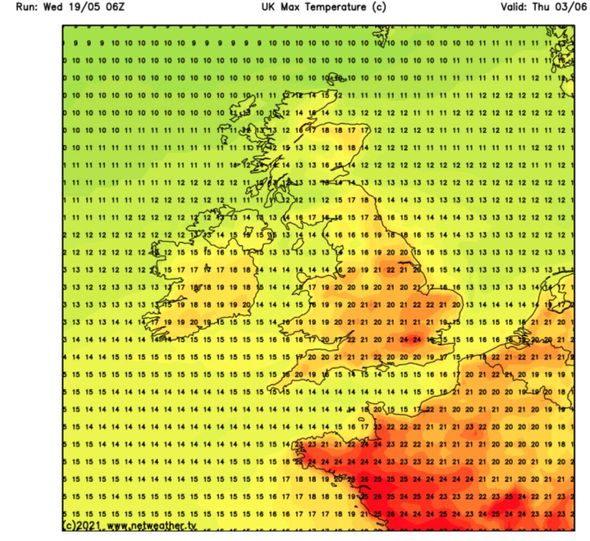 Terry Scholey at Netweather also predicted between Saturday, May 29 and Friday, June 4, that a “warmer interval” could break up any unsettled conditions and downpours of rain.

His forecast said: “We often see a change to finer, warmer weather after the May 20, but spring northerlies sometimes spill over.

“And with solar/lunar factors suggesting winds between North and East until around the 25, this seems likely. 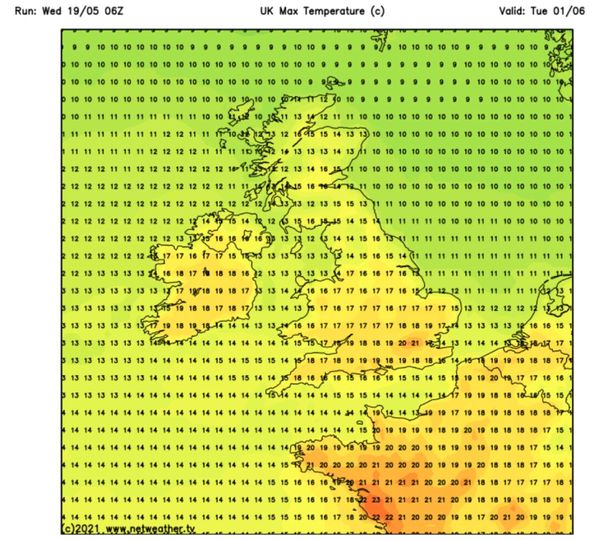 “But in a period probably of much variability, finer spells are likely to be punctuated by showers.

“After perhaps a finer, warmer interval, winds from the Atlantic should move in. 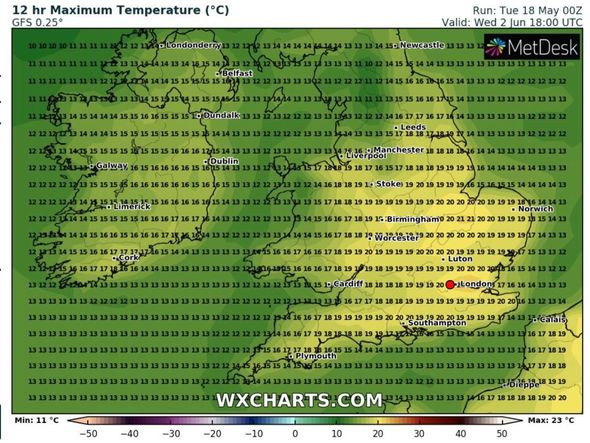 “A rise in pressure should then bring finer and eventually warmer conditions towards the middle of June.”

The forecast said: “Confidence is low for this period, which is usual during spring and early summer.

“Current expectations is that conditions will be predominantly dry, especially across the south and east. 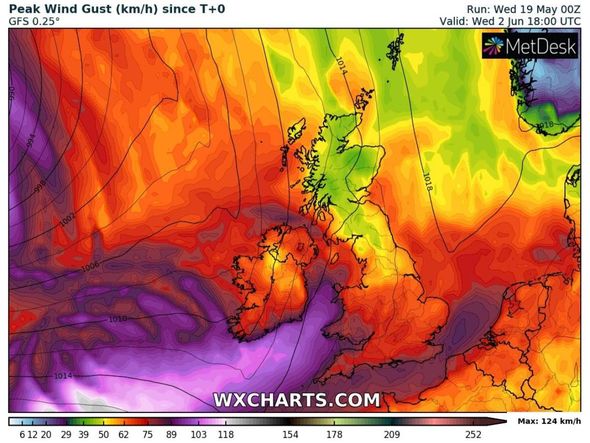 “Less settled interludes are still possible, however, especially in the northwest.

“There are indications that temperatures will likely start recovering, moving more towards typical temperatures for this time of year.

“Settled conditions are likely to keep nights cool, but produce some warmer days.”