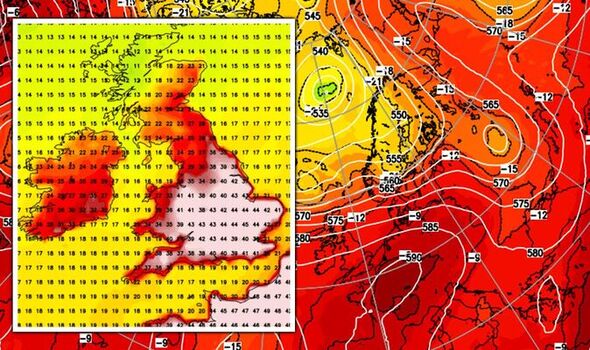 Thermometers will rocket into the 30Cs across swathes of the country from this weekend and through next week. Long-range models for mid-August mirror predictions issued last month before the nation roasted in heat never before experienced in Britain. 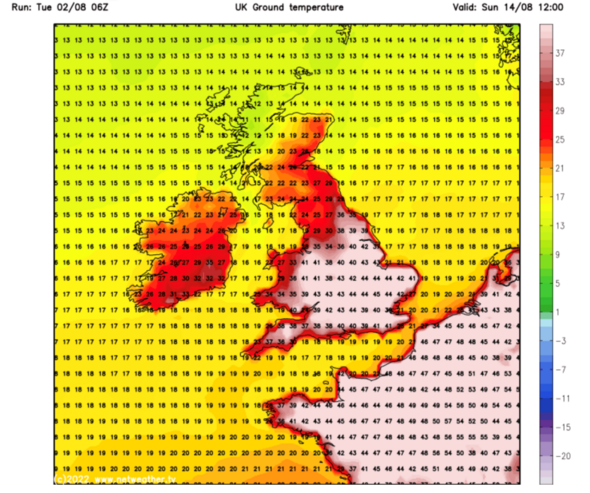 Forecasters blame the latest 40C forecasts on computer exaggeration, agreeing on only an “outside chance” of another historic heatwave. However, similar caveats were issued before the July heatwave, just days before the UK recorded its highest temperature in history.

High pressure, a weather pattern usually nearby when temperature charts ignite, is about to sweep across the Atlantic and back into Britain.

John Hammond, meteorologist for Weathertrending, said: “High pressure will re-assert its dominance and, as we approach the weekend, we can expect fine days and cool nights. Perfect holiday weather returns.”

Another blast of 40C is unlikely, he added, though it is possible if high pressure drags in warm Continental air.

He said: “The reality is that this scenario remains, at this stage, only an outside chance. It is most likely to occur if high pressure takes up residence just to our east, allowing a scorching airflow to waft our way from southern Europe.”

Temperatures in the run up to the weekend will hover in the low- to mid-20Cs across southern, eastern and central Britain. Scotland and northern England will be much cooler with thermometers expected to stall at around 20C. 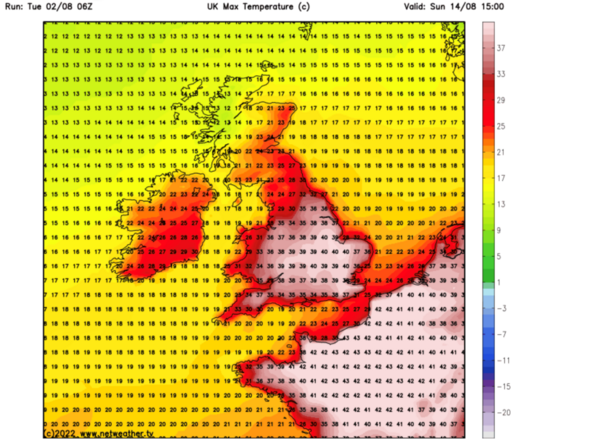 By Sunday the southern half of the country will have crept into the high-20Cs, with a nationwide split keeping the north much cooler. Models for Sunday reveal ground temperatures of 39C across central Britain as the mercury widely hovers between 27C and 30C.

Next week, however, shows worrying similarities to last month, when Britain recorded the highest temperature in history. Central and southern Britain widely show temperatures of 40C-plus while elsewhere roasts between 31C and 35C.

Blazing sunshine will push ground temperatures in the hottest regions to an eye-watering 44C as health officials once again sound the alarms for dangerous weather. It comes as government forecasters warn unusually warm weather could grip the UK through the rest of summer and into autumn.

The Met Office’s three-month outlook predicts a higher-than-average chance of warmer than average temperatures. It states: “The main signals for August are for high pressure to extend northeast towards the UK at ties, with lower pressure to the south.

“With warmer than average sea-surface temperatures in the vicinity of the UK, the chances of a warn August to October are almost twice normal.” 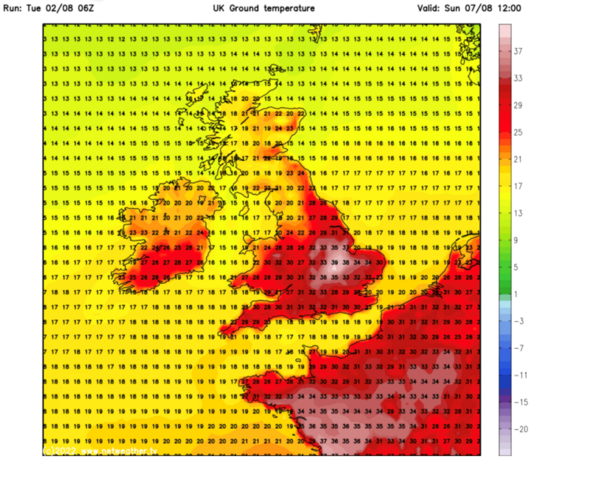 Meteorologists warned that although unlikely, another spell of extreme heat would be driven by the Azores High.

British Weather Services’ Jim Dale, author of Weather or Not? said: “It is now the time of the year when we typically see the hottest periods of weather, and whether we see further extreme temperatures will depend on the behaviour of the Azores High.

“The Azores High pushes forward for the weekend and as we saw previously, dislocates itself and centres over northern UK.

“Temperatures will increase beyond 30C in the south and the southeast, and will likely peak at 33C to 34C.

“It is not impossible to reach temperatures seen last month, but it is unlikely.” 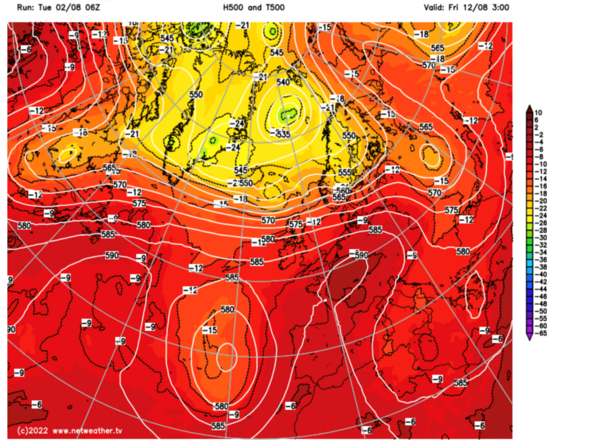