The weekend will bring temperatures up to 26C, and possibly 27C in a few spots, ahead of new weather fronts moving in. By Friday, temperatures will be among the hottest in the southeast of England, reaching 26C around the capital.

Along the southeast coast, beachgoers could feel the heat of between 24C and 26C, falling towards 20C as you head towards the southwest coastlines.

But the very warmest temperatures will be across the east of England, touching 27C.

Sunday will see temperatures stay at 26C across the east of England, with the mercury highest in Norfolk and Suffolk.

Temperatures more broadly across the southeast of England will hover between 21C and 24C. 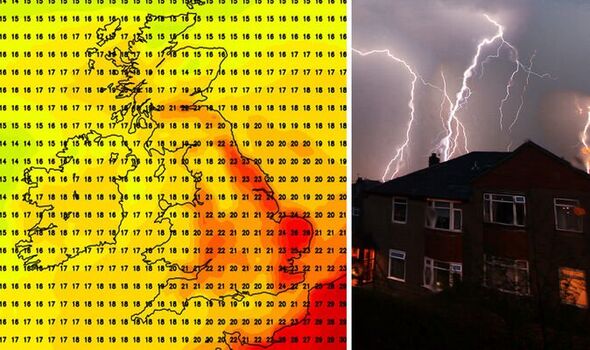 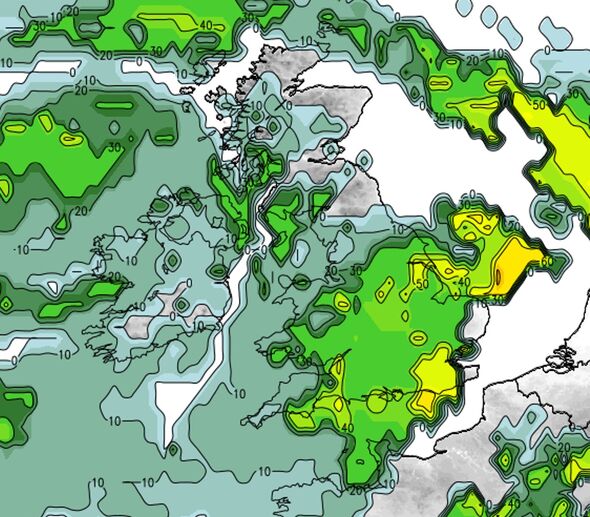 For those in the south and southwest, temperatures will stay in the low twenties on Sunday, dipping down to the high teens in Devon and Cornwall.

A similar day is in store for south Wales, with temperatures a couple of degrees cooler in the north.

Temperatures will be slightly higher in the north east of England at around 23C, falling back down to the teens in Scotland.

However, earlier this week, the Met Office said there will be “areas of thick cloud and heavy or thundery periods of rain or showers to many places” moving in from the end of the weekend. 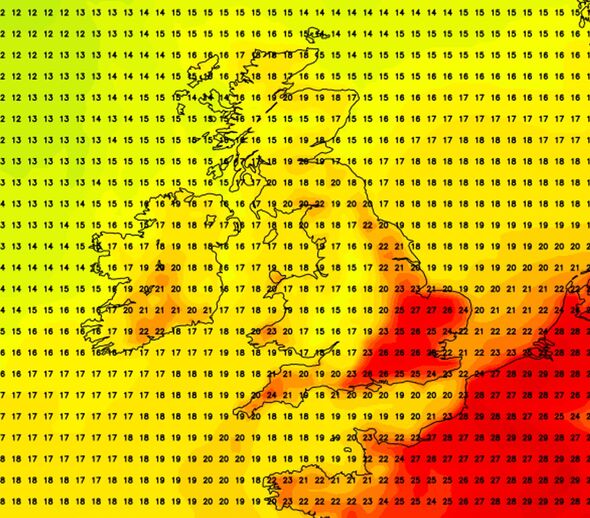 The weather service added: “Any periods of rain could be longer spells than recently experienced.

“Strong winds are also likely in places, perhaps with a risk of gales too.”

The heatwave that has blistered the UK over the last few months will see “balance and payback through the autumn”, a senior meteorologist has warned.

Jim Dale, of British Weather Services, said: “During the start of September, the jet stream moves southwards, which doesn’t necessarily mean the end of summer, but I do expect to see more in the way of Atlantic activity, and more in the way of low pressure. 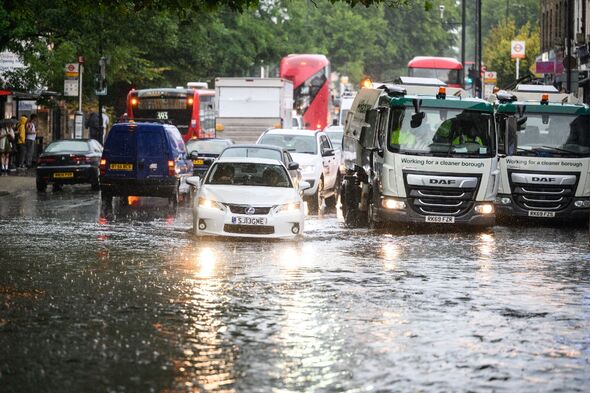 “Don’t be surprised if there is some big event during the month, once we get past the bank holiday, we are looking at the possibility of a big change in the weather.

“The Atlantic will get going in September, and there is everything to play for.”

He added: “We don’t go through a heatwave like we have seen this summer without some balance and payback during the autumn.

“We will have to keep our eyes on hurricane activity through the next couple of months because there might be some intense activity as September unwinds.

“We will start to replenish lost water, and we might even have too much rain in parts of the northwest, while in the south, the rainfall will be welcome.”

Ahead of the hotter spell and storms, temperatures on Wednesday will reach 24C in London, with sunny intervals expected.

Across the south, 23C will be seen through to Bristol and into Cardiff.

The area around Manchester will cling on to temperatures in the twenties, falling to the mid-to-high teens towards Scotland.

BBC Weather predicts that “patchy cloud cover” will move across the capital with lightly showers expected.

Heading into the evening, rain will fall away for a clearer night.