The Met Office reported last month was the sunniest April on record for the UK recording 224.5 hours of sunshine. After warm weather over the weekend with some parts hitting 17C, a cold weather front is forecast to smash Britain next week.

Thunderstorms and torrential downpours are due to hit the UK next week, bringing the weekend’s sunny weather to an abrupt end.

Britons enjoyed some light relief from the miserable weather earlier in the week.

Forecasters predicted areas to wake to a mixture of sunshine and showers as a weather front brings clouds to the south west of England and south Wales.

Showers with the potential to become thundery are predicted to hit later on Sunday in the Midlands and north of England. 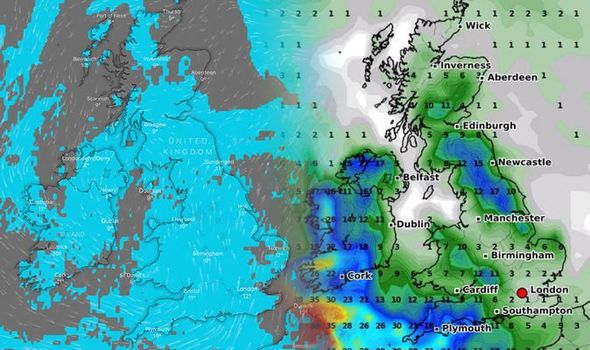 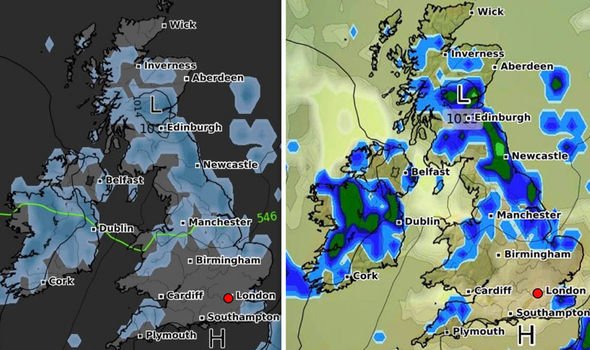 These wet conditions will persist throughout the coming week with temperatures likely to plummet.

Even more rain is forecast to sweep across the UK in the net week as high pressure builds.

Showers and cloudy weather are forecast in the east of England on Monday, particularly Yorkshire, Lincolnshire and East Anglia.

Some parts of the UK are likely to remain dry and sunny until Tuesday when the weather forecast reveals widespread thunderstorms and showers will hit. 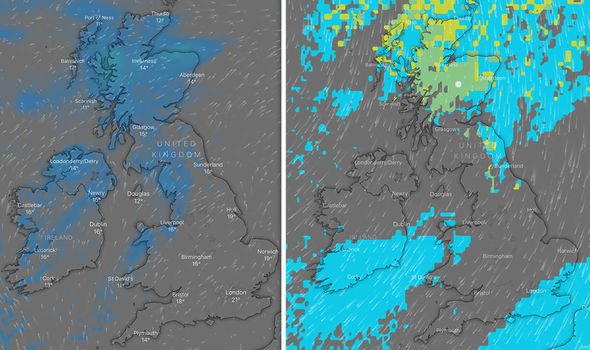 BBC forecaster Darren Bett said: “For the most part, pressure is lowering in the south west so the winds will be strengthening and we’ll see this band of rain mainly affecting the south west of England, pushing into south wales perhaps towards the south east of England.

“We’ll certainly have stronger winds for England and Wales and for Northern Ireland and whilst many places will be dry, it will feel a little chillier in that wind because it’s coming in from the east.

“But from mid-week towards the end of the week, with the winds becoming lighter, most places will be dry, with some sunshine, it should be turning warmer as well.”

The Met Office forecast for the coming week predicts cloudy weather across the south and rain at times in the north.

On Monday, the weather will be cloudy with rain then scattered showers in the east.

Mostly, it will be dry with sunny spells in the west and will freshen up with easterly winds in the south.

From Tuesday through Thursday, there will be cloudy weather with outbreaks of rain in the south Tuesday, heavy and thundery at times.

A few showers will hit in the west Wednesday and Thursday, otherwise, it will be mostly dry with sunny spells. 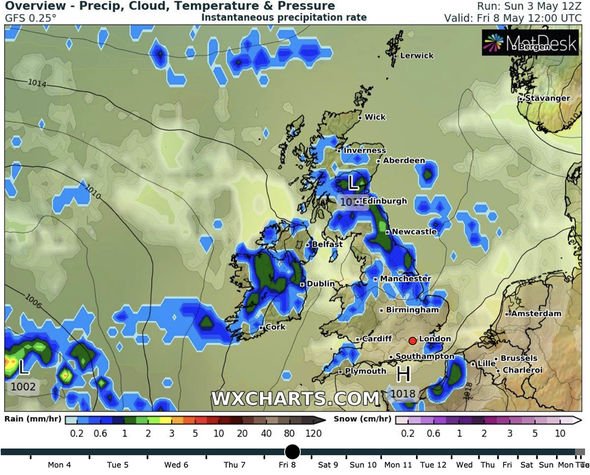 A Met Office spokesman added: “A chilly bright start for many on Sunday, always cloudy down towards the south west of England and Wales.

“During the day we will see sunny spells elsewhere but showers will also develop and these could be heavy at times through the afternoon.

“In those sunny spells though temperatures reaching the mid to high teens.

“As we head through the evening and overnight period cloud will continue to build from the south west making its way into the Midlands by the end of the night.

“Elsewhere showers will fade away and we will see further clear skies developing across northern parts of the UK.

“The outlook, sunny spells and scattered showers, although some wet weather is possible in the southwest on Tuesday.”

Throughout the rest of May, the weather will be largely dry with light to moderate winds, interspersed with unsettled conditions.

The Met Office forecast reads: “The beginning of this period will be largely dry with light to moderate winds, and temperatures near average or slightly above, allowing pleasant sunny and bright spells for most.

“Rain most likely in western areas. The weather will likely turn more unsettled, with a gradual increase in spells of rain and showers for most, broken by brief sunny or bright spells.

“Winds may turn fresh or strong in some western regions with cooler temperatures in the north spreading throughout the UK.

“Although the heaviest rainfall will be in southern regions, the unsettled picture is set to continue until mid-month where there is a chance we could see some longer drier spells.

“However, this is more likely later in May – beyond this period.

“Generally a largely unsettled picture is set to continue, with periods of rain and showers broken by some brighter spells whilst staying on the cooler side.

“The heaviest rain is expected in the south. Towards the end of May, there is an increasing chance of longer, drier spells, with temperatures also turning warmer.”