UK weather: Temperatures to drop as 'stubborn' fog moves in

A bitterly cold front from Greenland will sweep snow and freezing fog over the UK this week. Temperatures are expected to plunge to sub-zero lows of -1C tonight in western Scotland, with most of England staying in single figures of 1C as far south as London and Southampton, according to WXCHARTS. And the latest snow probability models show central Scotland is likely to be hit with a 50 to 70 percent chance of snow this week as the charts turn a mixture of orange and purple.

The days leading up to Christmas look set to be the coldest, with a minimum of -3 degrees forecast on Dec 22 and Dec 24.

One forecaster said this period of cold weather could last well into the new year. 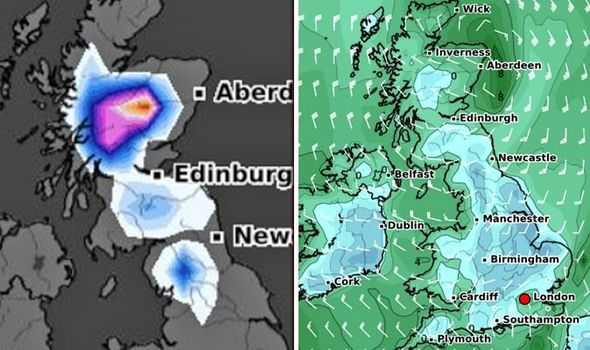 He told Express.co.uk: “I think it will be cold this Christmas, which will people keep on their toes.

“It could continue to stay cold until February.”

He said: “It is quite magical to see snow is not off the agenda this year. Britain is a big place so widespread snow is unlikely. 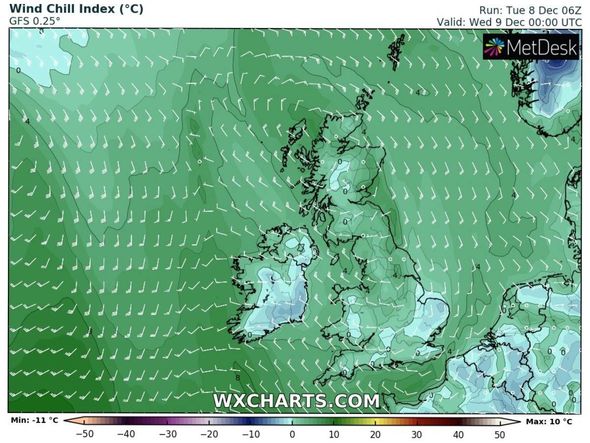 “Northern cities like Glasgow or Edinburgh in Scotland have the most chance of snow until Christmas, but not southern areas like London.

“In order for widespread snow to hit, we will need to get northerly flows from the Arctic in our direction, but we usually get Atlantic and Siberian flows.”

Netweather’s Terry Scholey added the UK will remain cold due to a slow-moving depression over Scotland.

He said: “A large anticyclone over Russia is blocking Atlantic systems, with a slow-moving depression over Scotland filling over the next few days. 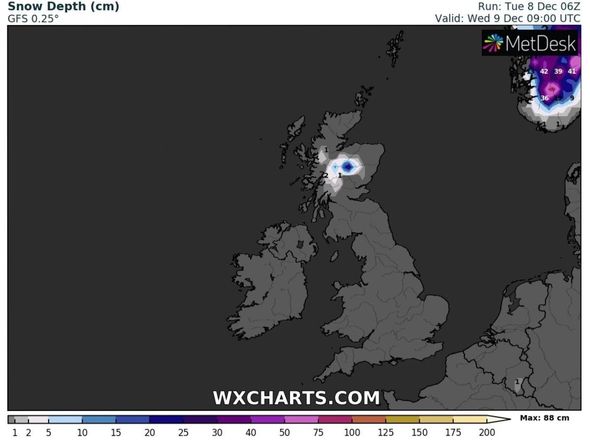 “So it’ll remain on the cold side in the East while fronts make some progress, with a more vigorous Atlantic depression by Friday eventually allowing milder air to move in from the South West.

“Blustery winds around the periphery of the low over Scotland will make it feel cold, with gusts of 45 to 50mph from the North or North West in the West for a time.

“Northern Ireland will also be quite breezy, but with much lighter winds towards East Anglia and the South East.

“Top temperatures 6 to 9C over Scotland and 4 to 7C elsewhere, but it’ll be colder than this where fog is slow to lift and clear.” 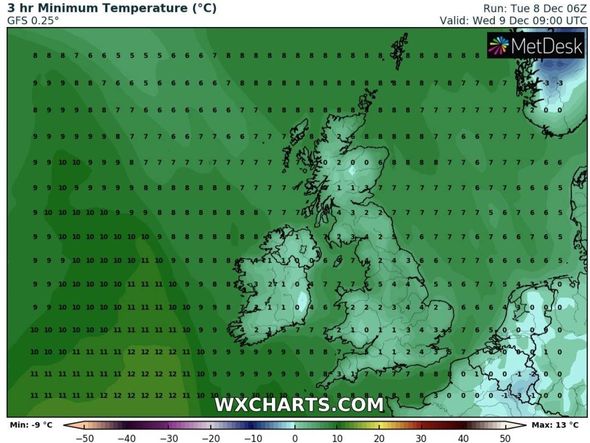 The Met Office’s long-range forecast between Monday, December 21 to Monday, January 4, hinted wintry weather may stick around until the new year.

It said: “Confidence is very low during this period, with forecast signals weak and rather mixed.

“On balance, most likely to remain changeable with periods of more settled and unsettled weather both likely. Outbreaks of rain and windy conditions are likely at times, particularly in the east and south, with wintry showers possible on high ground and maybe to lower levels at times.

“The west and northwest is most likely to see drier weather and sunshine, though this may extend to other parts at times. This will bring potential for fog, frost and very cold nights. 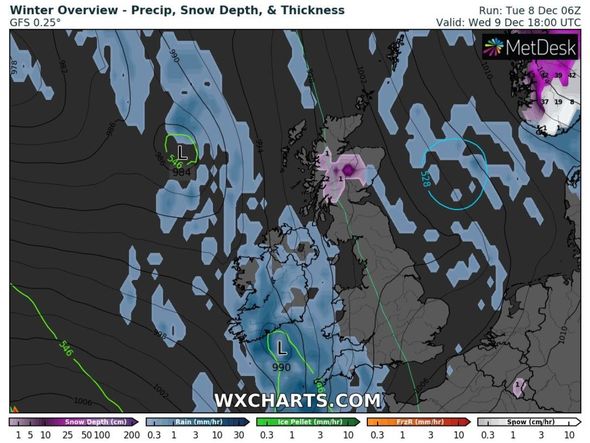 “Temperatures are likely to be at or below average for this time of year, though some milder interludes are possible. There is a possibility that conditions may become wetter and milder at the start of January.”

It said: “Some of us have already seen the first snowfall of this winter, including lowland parts of eastern England.

“This has been due to a combination of low-pressure areas deepening over the UK, along with cold air from Greenland sweeping down across the country. 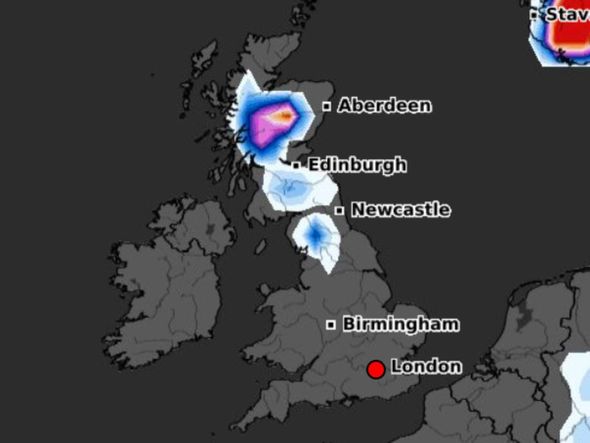 “It will stay pretty cold for next week or so, with some locally sharp frosts and also further sleet and snow showers over the hills in the north and west. But the overall trend through mid-late December is to become milder more often, with cold snaps occurring less frequently.”

The BBC’s forecast up until January 3 added low pressure and colder air could stay beyond Christmas.

It said: “A long-lasting cold spell over Christmas with widespread lowland snowfall seems very unlikely, as winds will often be from a mild west or south-westerly direction.

“But as we have seen in recent days, if an area of low pressure dips just to the south of the UK and allows colder air to sneak down from the north, then snow can turn up for some of us. It’s all a question of timing.”