Residents in Manchester have taken to Twitter to share footage of snow after a day of rain has bucketed down on the city. Amber and yellow weather warnings are in force until Thursday for the storm, which is also threatening to bring up to 30cm of snow to northern areas. It comes as heavy rain continues to fall across England, with many rivers at “dangerously high levels”, the Environment Agency said.

One Mancunion wrote on Twitter: “Look how thick and fast it’s coming down. I’m hoping it’ll snow for a few hours. Unbelievable after all the rain we’ve had, that this has even happened.”

Another added: “I’ve lived in Manchester for nearly a decade, and this is the most snow I’ve ever seen stick in the city centre!”

A third person said: “After more than 24 hours of almost constant rain around Manchester, with drains and rivers overtopping … snow. It could just save lots of homes being flooded if there’s a gradual melt.”

The amber alert warns of the risk of flooding and deep floodwaters which could pose a risk to life, and there are further warnings for snow and ice in Scotland. 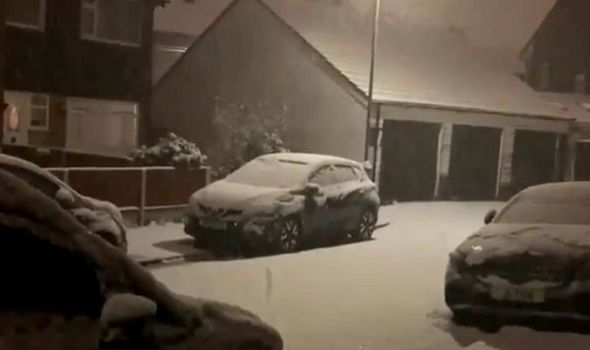 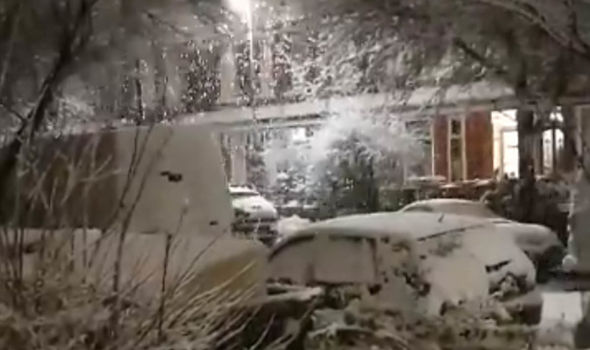 An amber warning for snow in parts of southern Scotland warned around 30cm could fall in areas above 400m, with up to 10cm likely to accumulate in lower regions until 8am on Thursday.

Train operator Northern said torrential rain and flooding across the region had led to the closure of several rail routes, while others had suffered “significant disruption”.

The company’s regional director, Chris Jackson, said: “Unfortunately the situation is only getting worse and we have had to make the difficult decision to ask our customers not to travel on the Northern rail network in the North West for the rest of today.”

Mr Jackson urged commuters wishing to use the service on Thursday morning to allow extra time for travel. 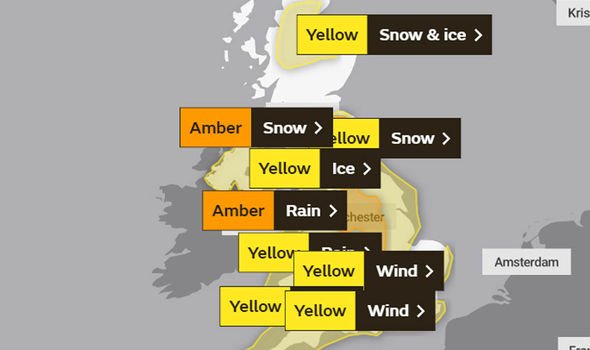 Met Office forecaster Grahame Madge described Storm Christoph as “quite a slow-moving system” which is bringing “a variety of weather” to the UK.

The meteorologist said: “While rain remains the main hazard in the south, further north we’ve got snow and ice remaining a risk.

“The system will work its way through, we are expecting significant totals of rainfall and when you combine that with snowmelt it can lead to localised flooding across the affected regions.”

There is a risk of further snow later in the week as Storm Christoph makes its way east, with accumulations expected in Scotland, northern England and parts of Northern Ireland, Mr Madge added. 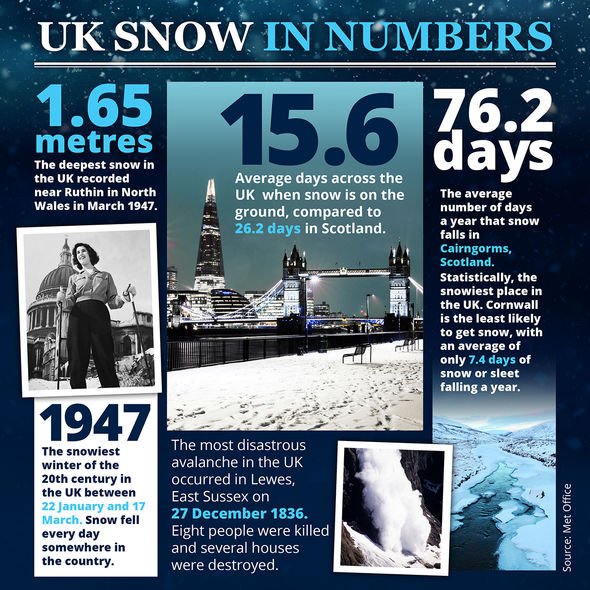 Public Health England (PHE) has issued a cold weather alert for the North East, North West, and Yorkshire and the Humber from 9am on Thursday to January 25.

Dr Owen Landeg, principal environmental public health scientist at PHE, urged people to “keep looking out” for frail or older neighbours and relatives, particularly those living alone or with a serious illness.

People were preparing for rising floodwaters in West Yorkshire on Wednesday morning, with towns in the Calder Valley laying out sandbags and flood wardens monitoring water levels.

Rail services have been disrupted on the Northern network after tracks flooded.