Forecasters have warned the next week is set to be characterised by cool temperatures, long spells of rain and thunderstorms. The latest weather charts show Sunday and Monday’s forecast is particularly tumultous, with torrential downpours and thunderstorms expected to strike huge swathes of Britain.

Weather maps by the Met Desk show unsettled conditions are set to characterise Sunday and Monday, with thunderstorms and lightning spells forecast throughout the day.

The first chart, valid on Sunday May 16, shows much of the UK is set to see lightning strike throughout the day.

Parts of southern and north east England can expect thunderstorms, as indicated by the orange areas on the map.

Just a portion of the midlands, East Anglia and parts of Scotland are likely to dodge the stormy conditions. 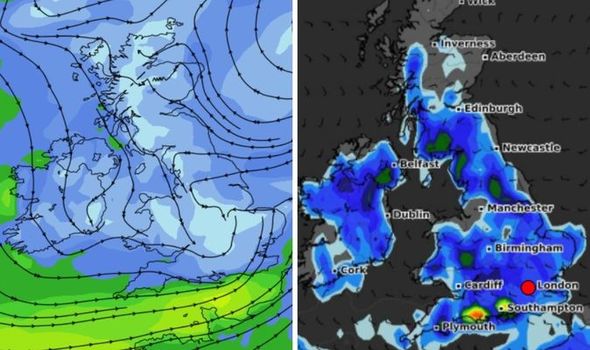 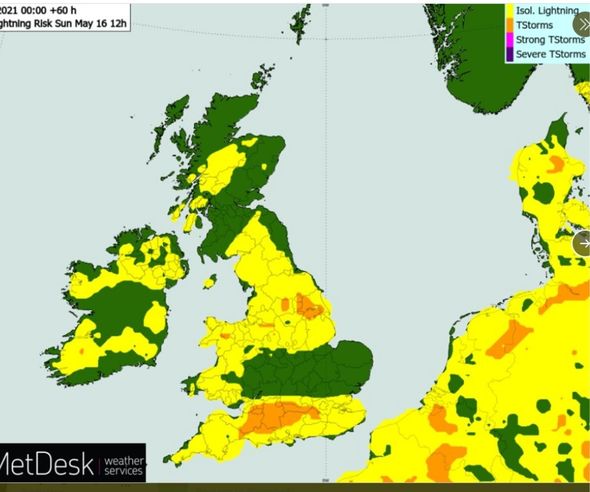 By Sunday the stormy conditions remain across much of England and Wales, with lightning forecast across the country.

Thunderstorms are also forecast in parts of the Midlands.

The Met Desk, a 24/7 weather forecasting company said the weather will become “pretty active over the weekend” and into the start of next week.

Sharing the weather maps, they wrote on Twitter: “The weather will be becoming pretty active over the weekend and into next week! 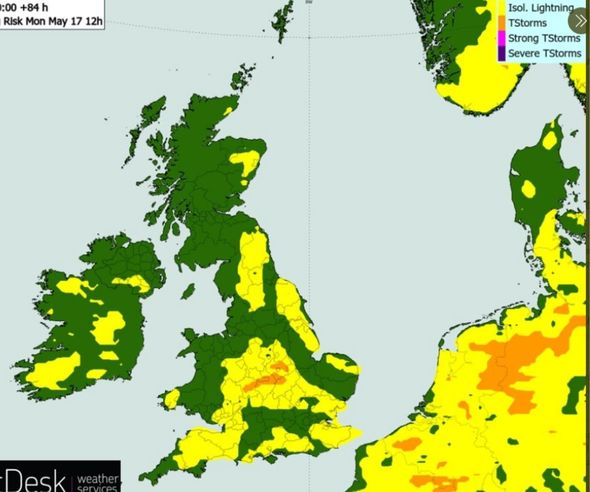 “Here are where thunderstorms are most likely to develop between Saturday & Monday.”

A weather map by WXCharts shows much of the UK can expect rain on Sunday, with much of the country turning a deep blue – indicating rainfall of up to 1mm an hour.

Parts of the south west, near Southampton and Plymouth, can expect the worst of the wet weather, with up to 5mm or rain forecast an hour. 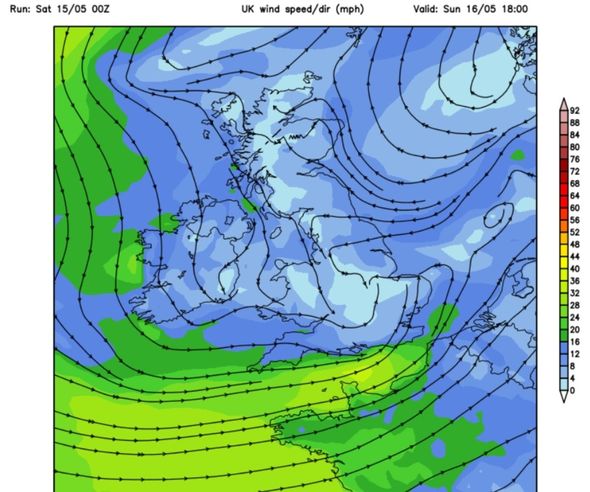 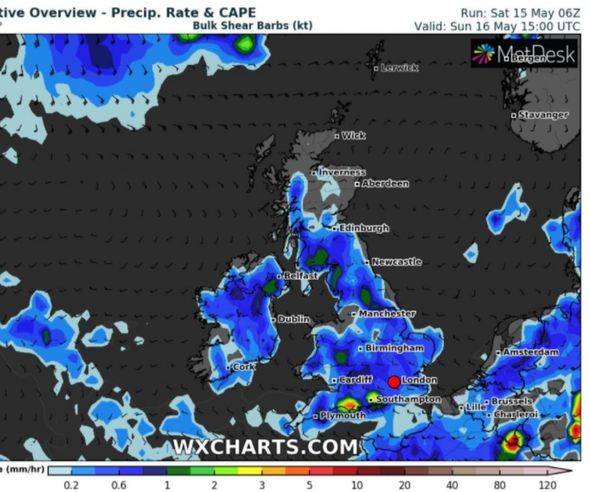 The Met Office also warns heavy showers could persist overnight and through Sunday, even continuing into early next week.

They said: “Heavy showers and thunderstorms across southern UK easing, but some showers persisting through the night, and becoming more widespread across the south-west again later.

“Cloudier further north with some rain or showers, but also clear spells in central Scotland.”

Sunday’s forecast continues: “Cloudy in the far north with some drizzle, else another day of sunshine and showers, these heavy in places with a risk of hail and thunder, particularly in central areas. 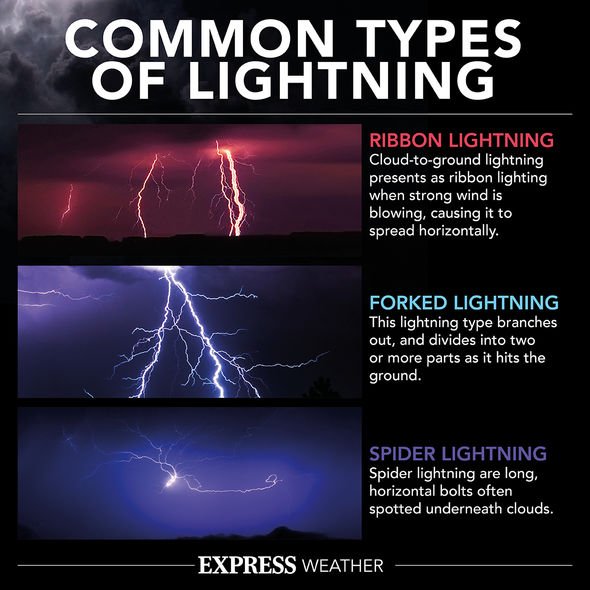 “Showers Monday and Tuesday; risk of hail and thunder at first. Cloudier in the north with rain Tuesday.”

He said: “If you’re hoping for some dry and warm weather, then you maybe disappointed to hear that there’s no sign of such weather for the next 6-7 days at least.

“It looks to remain cool and showery, with some longer spells of rain at times too – particularly in the south.”